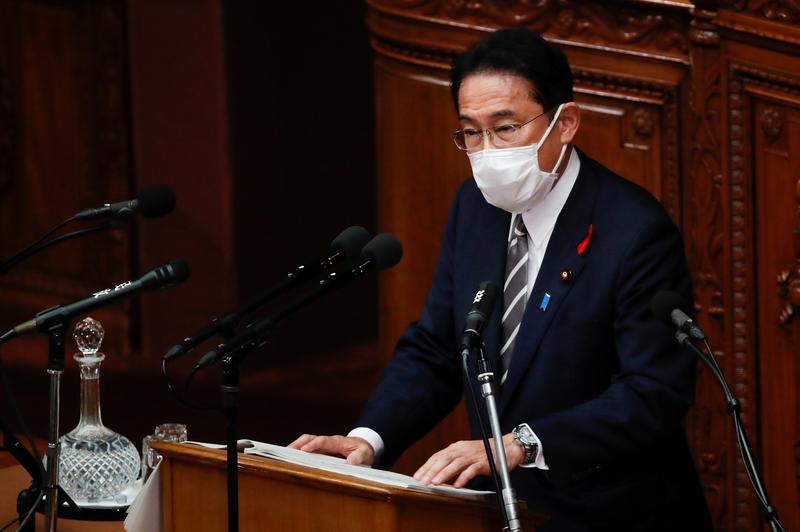 TOKYO (Reuters) – Japan’s new Prime Minister, Fumio Kishida, said on Sunday he won’t seek to change the country’s taxes on capital gains and dividends for now as he intends to pursue other steps for better wealth distribution, such as raising wages of medical workers.

Kishida, who has vowed to rectify wealth disparities, had previously said reviewing those taxes would be an option in addressing income gaps.

Kishida took the top job in the world’s third-largest economy on Monday, replacing Yoshihide Suga, who had seen his support undermined by surging COVID-19 infections.

“I have no plan to touch the financial income tax for the time being … There are many other things to tackle first,” Kishida told a news programme on commercial broadcaster Fuji Television Network.

“Misunderstanding is spreading that I may do it soon. That will give unnecessary worry to people concerned if not dispelled firmly.”

Some investors have expressed concern that the new premier may press ahead with capital-gains tax hikes, signalling a turnaround from investor friendly economic policies pursued by Japan’s longest-serving premier Shinzo Abe from 2013 to 2020.