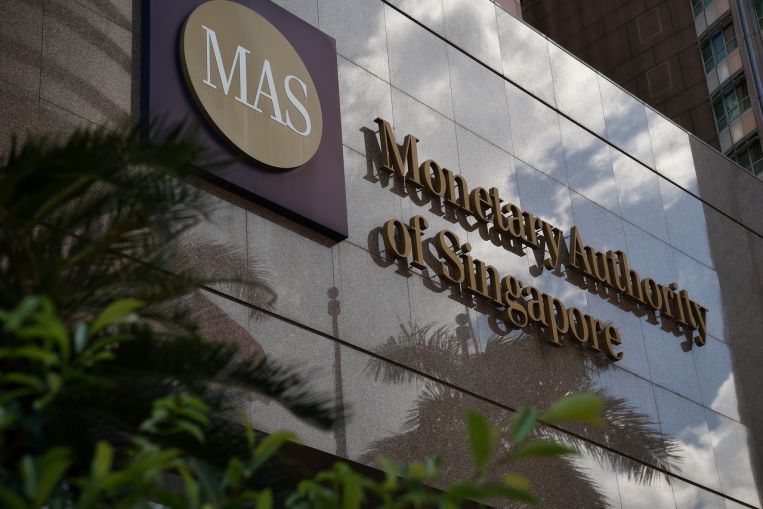 The Monetary Authority of Singapore (MAS), which uses a currency band as its main tool rather than interest rates, will signal a more hawkish tone when it releases its twice-yearly policy statement on Thursday (Oct 13), according to 14 of 15 economists surveyed by Bloomberg.

An equal number of respondents said they expect the MAS to leave its three currency band settings unchanged for now, before tightening policy at its next decision in April 2022. Only one economist sees MAS raising the slope of its currency band this week by 0.5 per cent from its current zero-appreciation level, which would be a tightening move.

Investors will be sensitive to any MAS comments on the global inflation debate, with energy prices soaring to crisis levels while economic reopening has boosted service sector costs and wages in some countries. Attention will also focus on how MAS sees global demand faring in the coming months as countries boost their vaccination drives and normalise policy.

At the same time, Singapore is still trying to improve its employment situation, even as some of its critical industries, including financial services, continue to thrive.

“MAS will remain on hold as the economic outlook remains cloudy” and will normalise policy in April “when the economy is on a stronger footing and closer to being fully reopened”, said senior economist Chua Hak Bin at Maybank Kim Eng Research in Singapore. “Core inflation is rising at the fastest pace since mid-2019 on the back of higher food and energy prices, but price pressures are contained by an uneven labour market recovery and heightened measures.”

Singapore’s currency, which strengthened against the US dollar through most of the pandemic last year, has slipped about 2.5 per cent against the greenback since the start of this year. An unchanged stance would mean the MAS is satisfied with the Singapore dollar’s current path.

Generally subdued price growth has meant central bankers in Singapore and regionally have been more patient than some emerging-market peers, who have already begun tightening policy amid inflation threats and in anticipation of a November announcement that the US Federal Reserve will begin winding down its pandemic-era asset purchases.

The MAS will offer an update on its 2021 inflation forecasts and likely will provide an estimate for 2022. In their latest projections, MAS officials saw core inflation averaging 0 per cent to 1 per cent this year, with overall inflation in a 1 per cent to 2 per cent range.

The single out-of-consensus call for some tightening on Thursday will keep attention focused on the slope of the MAS’ currency band, which is currently flat. The authority also could tighten by recentring the band higher, which would offset the rare move – in a March 2020 emergency meeting at the start of the pandemic – to lower the band’s midpoint.

Fourteen of the 15 analysts surveyed predicted the MAS will strike a more hawkish tone in Thursday’s statement. The same number predict the MAS will wait until its April 2022 decision to tighten policy, using the interim to monitor global developments and any fallout from the Fed’s expected tapering.

Latest estimates show the government expects GDP to expand 6 per cent to 7 per cent this year after it contracted 5.4 per cent last year, its worst showing since independence in 1965. Analysts see the economy growing 6.5 per cent this year.

While some sectors have thrived amid successive lockdowns, travel and tourism remain hobbled by Singapore’s cautious reopening, with food and beverage outlets particularly hard-hit. The local labour market still faces challenges from the longer-term effects of an ageing population, as well as pandemic-era debates around how to adjust foreign worker levels and how to help businesses transition to a digital economy.