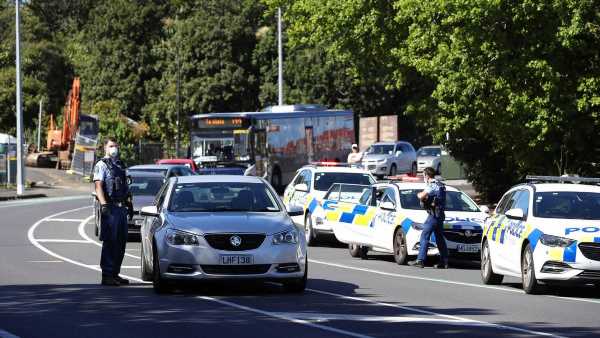 Police have taken three people into custody following a stolen-car incident where people fled the scene before a car was spiked.

Just after 2pm police said they were called to an incident after a person had their vehicle stolen in Massey.

The Eagle police helicopter located the stolen vehicle and tracked it to Westgate. A police spokesperson confirmed the offender got away in a waiting vehicle, with two others in the car.

“Eagle has continued to monitor the situation and police have been able to spike the car,” the spokesperson said.

Police were able to stop the car on Great North Rd in Grey Lynn, and three people were taken into custody.

Grey Lynn residents witnessed a man wearing a grey singlet running behind houses on Great North Rd, near the Bullock Track, being pursued by a police officer carrying a large rifle.

A short time later the same person was seen being arrested on Great North Rd.

The three are assisting police and police cannot rule out the possibility of charges being laid.