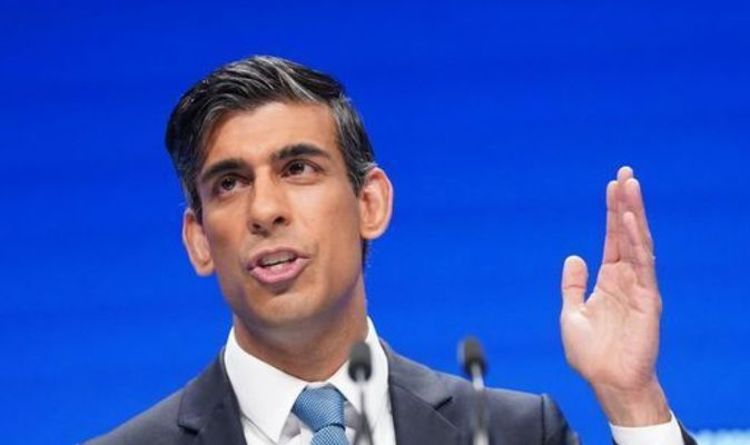 A report by the Centre for Policy Studies also urges the Chancellor to freeze alcohol duty ahead of the upcoming spending review as a pack of lager faces a 36p increase and a bottle of gin, a 50p increase. The Chancellor faces a challenge to rebalance Britain’s finances after spending almost £372billion to fight the COVID-19 pandemic, which includes the furlough scheme.

Government departments are being asked by Mr Sunak ahead of next months’ review to find savings of at least five percent from daily budgets and seek other ways to raise revenue.

Tax rises imposed by Mr Sunak will come on top of a 1.25 per cent increase in National Insurance from April 1, 2022 to pay for spiralling health and social care costs.

The think tank calculated that if duties on fuel were raised in line RPI inflation at 4.8 percent (based on the latest economic figures), then the price of petrol would increase by 2.78p per litre from 57.95p to 60.73p.

Leading UK automobile organisations say the average capacity of a fuel tank ranges between 40 and 70 litres.

The think tank report also claims a freeze in alcohol duty is likely to help the still-struggling hospitality sector to recover after the pandemic.

Tom Clougherty, of the Centre for Policy Studies, said: “‘There is a strong case for freezing fuel and alcohol duties for a further tax year at the forthcoming Budget.

“Inflation and already-announced tax and benefit changes are putting pressure on household budgets.

“Our existing excise duties are high compared with our neighbours and as a proportion of final sale prices.

“What’s more, both alcohol and fuel duties are outdated in their current form and in need of a serious overhaul – a process that is already underway for alcohol.

“The Chancellor froze alcohol and fuel duties at his March 2021 Budget. He should do the same again in a few weeks’ time.”

The latest figures from the AA revealed the average price of unleaded petrol was 140.22p a litre, with diesel at 143.42p.

The data revealed the price of petrol at UK pumps was £1.40 a litre, the highest since September 2012.

Despite this, petrol is mostly available at forecourts but costs an average 5p a litre more than in September.