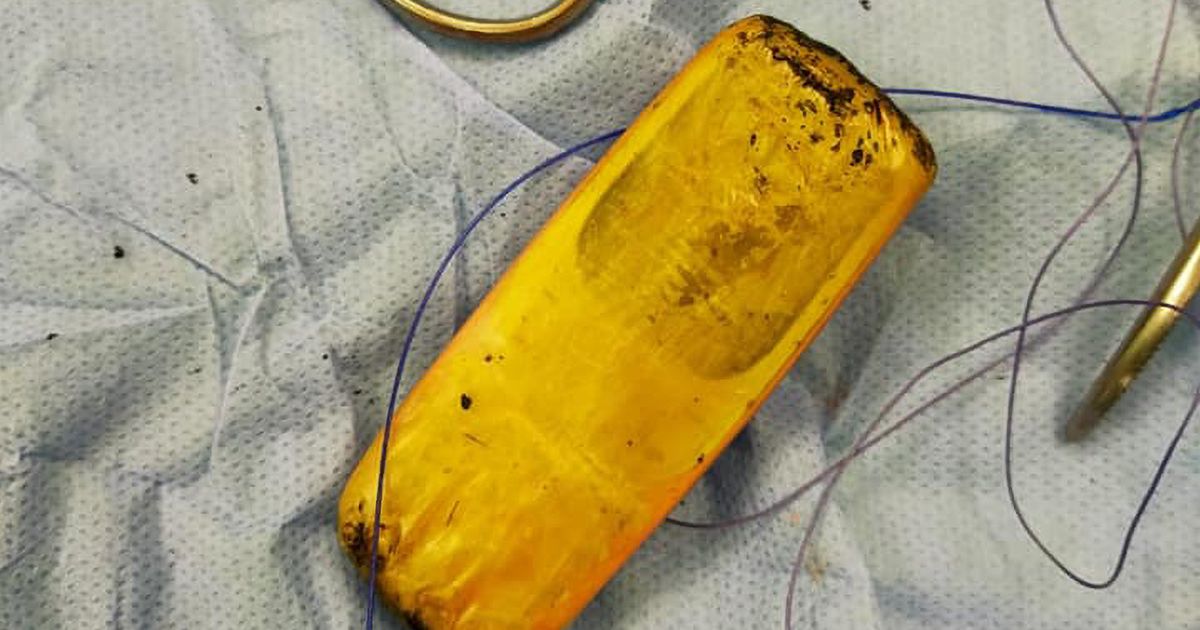 Doctors in Egypt had to perform emergency surgery to save the life of a convict who had swallowed a mobile phone.

The man had been rushed to hospital with intense abdominal pains after being unable to digest food properly for several months.

After a full examination and an x-rays, doctors found that the patient was suffering from a severe infection in the abdomen and intestines.

What the patient didn’t mention is that he’d swallowed a mobile phone six months previously.

It’s not unknown for prison inmates to hide mobile devices inside their bodies but they generally plump for something like the Zanco Tiny T1, billed as “the world’s smallest mobile phone”.

Photos of the device extracted from the un-named lag’s stomach suggest the dangerous obstruction was more along the lines of a Nokia 3310.

He added that the man had swallowed the phone “around six months ago” and had told medics that he used to wrap the phone in a plastic bag to hide it from prison searches and passing it with his faeces.

However, he explained, the last time he needed to swallow it he didn’t have time to put it in a plastic bag and the led to object getting lodged in his digestive system and causing a potentially life-threatening infection

In a statement Dr Maabad said that “this phone contributed to withholding food from his body until the doctors were able to save him.”

Mohamed El-Dahshoury, Chairman of the Board of Directors of Aswan University Hospitals, said it was the first time they had seen such a case in which a patient had swallowed an entire telephone, according to United Arab Emirates media outlet Gulf Today.