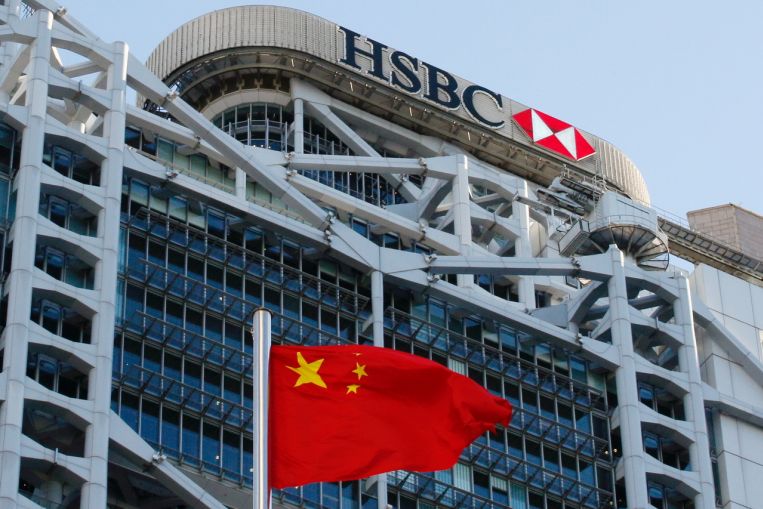 HONG KONG (BLOOMBERG) – HSBC Holdings, Citigroup and other lenders are moving rapidly to tap a new programme that will allow investments between Hong Kong and mega-cities in southern China.

HSBC has put up 60 centres in the Chinese mainland and Hong Kong after the long-awaited programme, called Wealth Management Connect, was given the green-light last month and as banks received final approval on Monday (Oct 18). “We’re open for business,” said Mr Daniel Chan, head of the Greater Bay Area at HSBC in a phone interview from Guangzhou on Tuesday.

“The opportunity out there in the future will be very strong.”

Standard Chartered and China’s biggest lenders were also among those picked for the programme, which has been estimated to generate almost US$500 million (S$672 million) in annual fees for lenders.

Hong Kong’s government has embraced closer ties with Beijing since unrest hit the Chinese territory in 2019. The wealth link is a building block in integrating the Greater Bay Area, a region of 70 million people encompassing cities such as Guangzhou and Shenzhen, as well as Macau and Hong Kong.

Citigroup has joined up with China Guangfa Bank, a Guangzhou-based lender with almost 30 million retail customers. The US lender and its partner are offering almost 100 types of wealth management products, it said.

Bank of China (Hong Kong) is offering more than 100 different products for eligible investors, both northbound and southbound, while Singapore’s Oversea-Chinese Banking Corp has set up a partnership with Ping An Bank.

But it will take time to develop and interest is expected to “gradually step up,” he said. HSBC’s Hong Kong and mainland operations have trained 5,000 staff for the wealth plan, according to Mr Chan. It’s also talking to “more than one” mainland bank on potential partnerships.

The link will open a northbound channel for Hong Kong and Macau residents to invest in onshore financial products and a southbound channel for eligible mainland residents to invest offshore. The program will free up some capital controls and allow mainland investors to move money out of China in a closed loop system with an individual quota of 1 million yuan ($155,000) and a cap of 150 billion yuan, both ways.

OCBC chief executive Helen Wong said the program is opening up a whole new segment of customers. “We see a lot of potential for growth on all fronts, especially in wealth management,” she said.