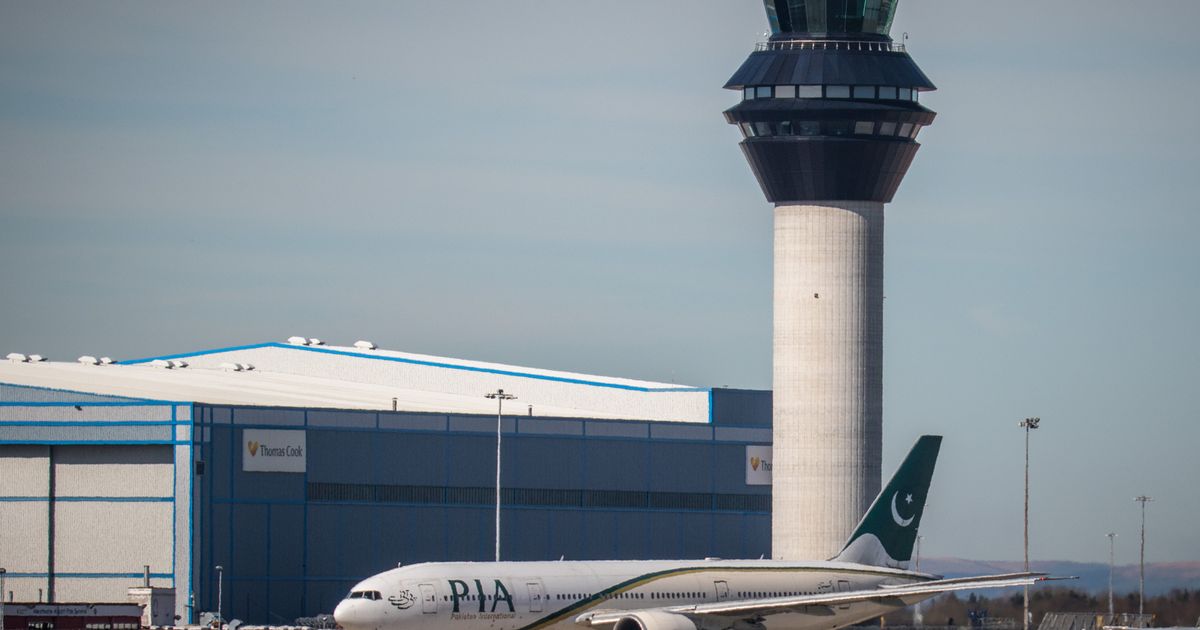 A terminal at Manchester Airport was evacuated as cops rushed to the scene.

Passengers were taken to exits from 5pm this afternoon after queues got longer and confusion reigned, the Manchester Evening News reported.

Twitter user Matthew Spencer wrote at 5.27pm: "Stuck in Terminal 2 now for over an hour with hundreds of people and no information.

"Staff are clueless and refuse to escalate questions, saying it is 'just' a serious security matter.

"[Manchester Airport], please communicate with us and tell us why we are stuck here."

The statement read: “Following a report of a suspicious package in Terminal Two, a controlled evacuation is taking place as per standard procedure.

"We are in close contact with Greater Manchester Police, who are managing the response, and will provide an update on the situation as soon as possible."

They explained: "Police were called with a report of a suspicious package in Terminal 2 of Manchester Airport at around 3.20pm today (19 October 2021).

"The terminal has been evacuated as per standard procedure and a cordon has been put in place as a safety precaution while an assessment is carried out."

Manchester Airport was evacuated in May 2018 after a huge crack appeared in a terminal floor followed by a loud noise.

A passenger told the Manchester Evening News: "About an hour ago there was a loud noise. Everyone was panicking.

"It looks like something is wrong with the building, it is collapsing.

"The fire brigade have evacuated the building. They didn’t tell anybody what was going on."

The UK's third busiest airport after London hubs Heathrow and Gatwick, Manchester recently celebrated the return to long-haul flights to the likes of New York and Toronto.

Manchester Airport operates flights to some 199 destinations, ranking it in the top 15 airports in the world for its global reach.

A billion-pound expansion to take Terminal Two's capacity to 35 million passengers each year will be completed in 2024, developers said.

Currently the airport has a maximum capacity of 50 million passengers a year, although in 2019 the total was just under 30 million due to limits on aircraft movements per hour.

HS2 is set to stop at Manchester Airport, further adding to its future capacity potential.