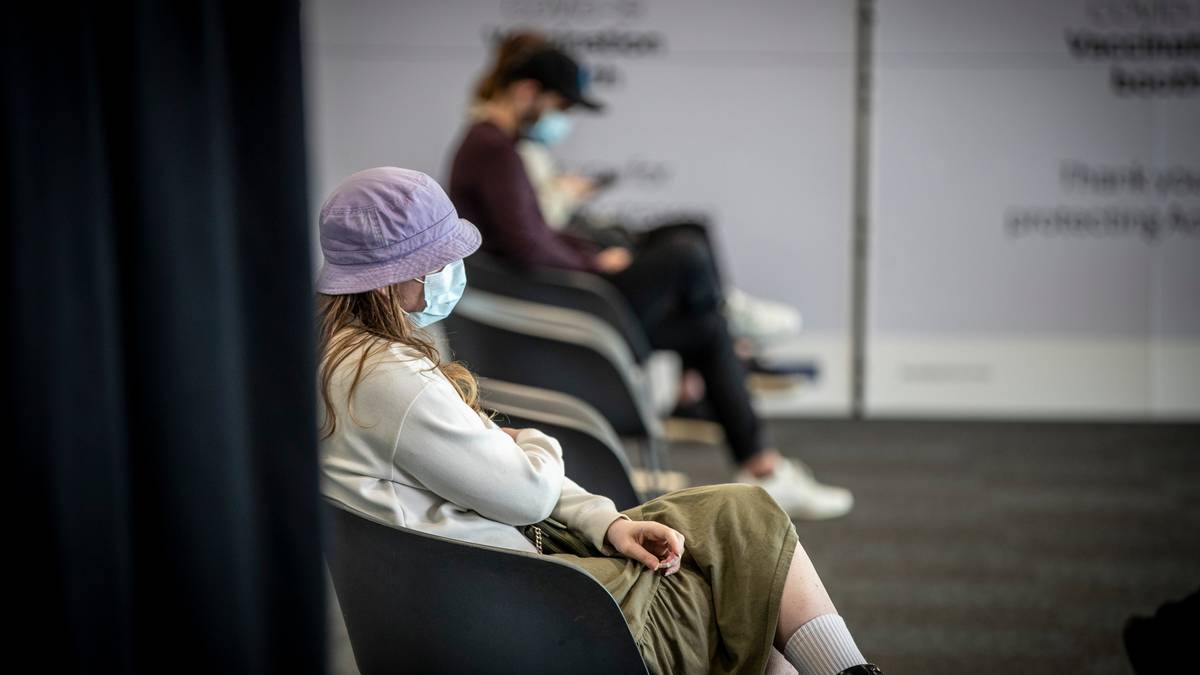 There are 102 Covid cases in the community today – the highest daily number since the coronavirus pandemic hit our shores last year.

Hospital numbers are also at their highest point – 46 people are on a ward or in ICU with Covid today.

Deputy Prime Minister Grant Robertson said the ups and downs of daily cases can be an “emotional rollercoaster” and the Government does expect cases to rise.

Case numbers have hopped around in recent days, with 94 cases on Tuesday – the highest daily number since the pandemic began -and 60 yesterday.

Director general of health Ashley Bloomfield said case numbers are doubling every 10 – 12 days. He said the key point was how many of those people who caught Covid-19 were vaccinated.

Only 1.7 per cent of people hospitalised in the Delta outbreak have been vaccinated.

Robertson urged Aucklanders to stick to rules over the long weekend.

Case numbers are not the only measure going forward, Robertson said, and 94 per cent of people with Covid can isolate at home in future.

Ninety-four of today’s cases are in Auckland and eight are in Waikato, Bloomfield said.

Robertson said “undoubtedly” there will be more cases emerging in Waikato. The Government may release its decision on whether Waikato will stay in alert level 3 this evening, depending on the timing of the advice from Bloomfield.

Of the 8 cases in Waikato – 7 are from Te Awamutu and the 8th in Kihikihi.

Forty of today’s 102 cases are not linked to the outbreak, while 30 are household contacts. Twenty of yesterday’s cases also remain unlinked.

Bloomfield said a growing number of unlinked cases is to be expected, and the most important information is to find their contacts.

Bloomfield said finding cases and high rates of testing is key. Using modelling of Auckland, officials have a sense they are finding most of the cases, he said.

“It’s becoming increasingly clear that Covid is a disease amongst the unvaccinated,” Bloomfield said.

New UK data shows of 40,000 patients hospitalised 84 per cent were not vaccinated. In New Zealand only three people that were hospitalised, were vaccinated, he said.

Bloomfield reminded anyone with symptoms in New Lynn and North Shore suburbs to get tested as soon as possible, but anywhere in Auckland as well he said.

One of today’s cases in Waikato was a committed traveller with an exemption to travel to Napier last Friday and returned a positive test once they returned to Waikato. They were infectious in Hawke’s Bay – two close contacts there have returned negative tests. The Waikato case is isolating at home. There were no new cases in Hawke’s Bay, Bloomfield said.

The Ministry of Health updated guidance for allied health professionals is that they can provide services in alert level 3 – which means roughly 2000 professionals, such as physiotherapists, in Auckland alone, can see patients face to face.

Patients will be screened, he said.

Robertson said officials have been planning for the health system to cope with rising cases, such as sharing workforce around the country. Today six people are in ICU and those rates are keeping steady and not an issue right now, he said.

Bloomfield said ICU bed numbers are consistent with modelling, and they will not let hospitals get overwhelmed.

Bloomfield said their assessment for a while has been that is safe for schools to open, despite today’s cases topping 100.

Robertson said the decision to open schools would not have been taken if it wasn’t on the basis of good safety and prevention measures.

Bloomfield said the “trail went cold” on how Delta came to New Zealand. They know which hotel, which person and “pretty much” which day, but they’re unsure how it was spread.

On the planned tangi for rugby star Sean Wainui and family wanting to travel out of alert level 3 for it, Robertson said deaths during Covid and issuing exemptions is a “truly difficult area”.

He said the advice they receive is about minimising risk and funerals are where people find it hard to stay physically distant.

Wainui died in a single-car crash in Bay of Plenty this week.

Robertson said there will always be a limit to numbers at tangi and funerals, but he said the Ministry does take cultural needs into account.

Robertson said “his heart goes out” to Wainui’s family at this time.

Tomorrow the Cabinet will decide on whether alert level 3 needs to be extended in Waikato, where two of yesterday’s four cases were yet to be linked.

The Ministry of Health yesterday asked people in New Lynn and the North Shore suburbs of Rosedale, Redvale, and Bayswater to get tested. There has been a high proportion of positive results in the North Shore, relative to the number of tests.

The public health efforts on the ground in Auckland and the level 3 restrictions have continued to keep the R value – the average number of cases one case infects – between 1.2 and 1.3.

This means that case numbers are still projected to double every 12 days or so, but case numbers might continue to stay low enough to keep the health system from being overwhelmed.

As MIQ rooms fill, low risk cases are already being told to isolate at home.

Yesterday there were 2799 first doses administered in Auckland, and 10,392 first doses nationwide.

Prime Minister Jacinda Ardern has talked about being open to a return to level 4 in Auckland if things go pear-shaped, but the public health advice on the ground is that it wouldn’t necessarily make a difference.

Political parties are meanwhile offering different views on when lockdown restrictions should ease.

Yesterday National Party leader Judith Collins said Fortress Auckland should be released from lockdown on December 1 or when 85 to 90 per cent of the eligible population is fully vaccinated – whichever comes first.

That could lead to between 1557 and 4314 deaths a year, according to Te Pūnaha Matatini modelling, though National argues these numbers would be lower because there would be stronger public health measures in place.

December 1 is also where Act leader David Seymour drew a line in the sand for lifting level 3 in Auckland.

The Green Party and Te Paati Māori want restrictions to remain in place until 95 per cent of eligible people in vulnerable groups – including Māori, where vaccination coverage is significantly lower – are fully vaccinated.

That would lead to an estimated 123 deaths a year, according to Te Pūnaha Matatini modelling, but it could also see Auckland in lockdown for the rest of the year or longer.

Ardern is revealing the new restrictions framework – a traffic light system – for a highly vaccinated New Zealand tomorrow, including when different rules for the vaccinated and the unvaccinated.

It will include vaccination targets that need to be met until the framework comes into force, and the pathway for how Auckland comes out of lockdown, when Aucklanders will be allowed to leave the city, and what the future looks like for the rest of the country.