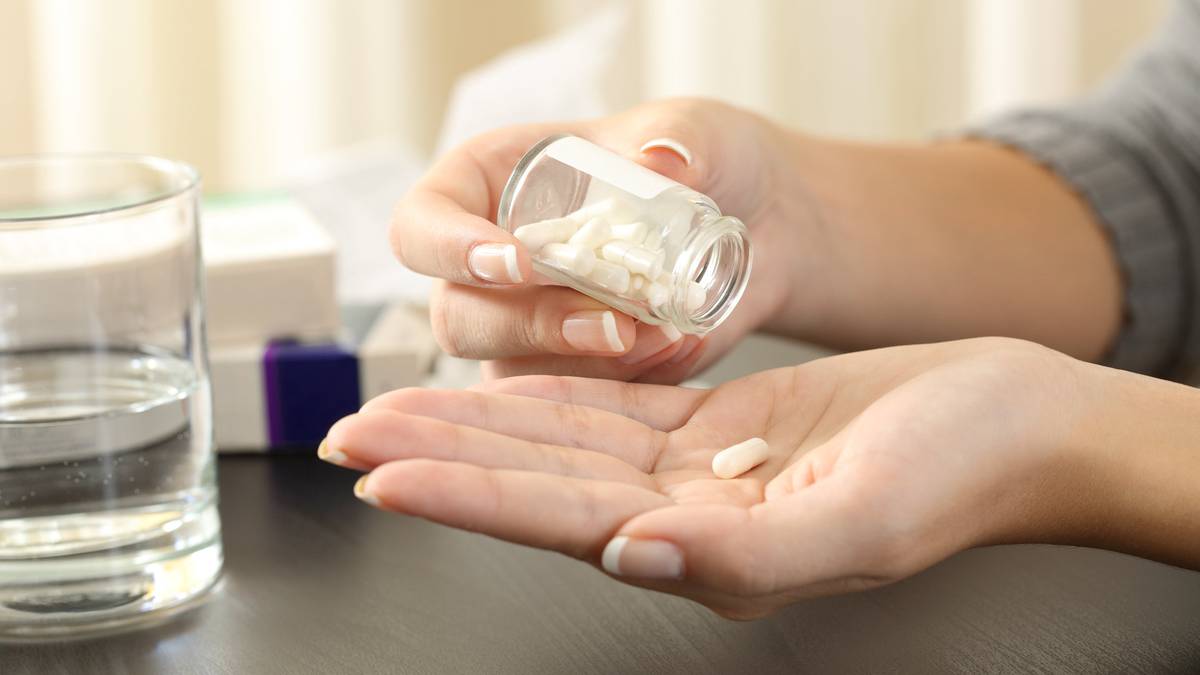 The first thing you need to know about the drug tocilizumab is that government officials don’t think we’ll run out. What’s less reassuring is that they don’t expect any new stock until January, and Pharmac – the government agency responsible for most drug buying in New Zealand – won’t release its estimate for now diminishing supplies.

Until recently tocilizumab was a hard-working but low-profile immunosuppressive treatment, known largely to those who suffer from rheumatoid arthritis.

But as sometimes happens in a pandemic, that changed quickly. Found to be helpful in seriously ill Covid-19 patients who often suffer from an overreaction of the immune system, tocilizumab was given emergency use authorisation by the US Food and Drug Administration in June and similarly endorsed by the World Health Organisation in July. Global demand spiked.

In early September, supplier Roche told Pharmac that tocilizumab deliveries to New Zealand would be suspended through the last quarter of the year (there is now a world shortage Roche is racing to bring on more manufacturing). The timing was unfortunate. The Government’s long-standing elimination policy for the management of Covid-19 was about to be swept away in a widening outbreak of the Delta variant. Resupply of the drug would be stopped just as Covid-driven demand was beginning to build.

Some 300 of New Zealand’s 400 regular tocilizumab users, mainly arthritis sufferers, have been moved on to an alternative treatment. And the number of Covid patients requiring hospital care in the current outbreak (tocilizumab is only given to serious cases) is still a fairly modest 207.

But if there is an object lesson in the case of tocilizumab, it is that demand for critical drugs for the treatment of Covid-19 can spike far beyond short-term supply. And countries must learn to plan ahead.

The need is all the more urgent now that New Zealand is embarked on a path of Covid-19 suppression, and it is planned that the heavy measures to achieve suppression, namely lockdowns, will be abandoned as full vaccination reaches 90 per cent of the eligible population.

A variety of measures will be needed to acheive this, including continued vaccination and vaccine booster shots, bolstered intensive and high dependency care capacity and more rapid testing. And alongside those, a critical plank in this next phase of managing the virus is both existing and novel drug treatments.

Steroids, including dexamethasone, are typically given along with supplemental oxygen. If the disease progresses and the patient deteriorates, including evidencing a significant inflammatory response, tocilizumab is given in a “next tier” of treatment.

Pharmac’s director of operations Lisa Williams said in a written response to the Herald’s questions that “to make sure we’re minimising the risk of running out of tocilizumab, we have secured additional stock of a different medicine, remdesivir”.

However, remdesivir does not appear to be a useful substitute. “It is not a substitute for the situation in which tocilizumab is indicated. There’s good trial evidence now that remdesivir has no benefit when administered at that stage of the disease. It’s a completely different therapy, it’s an antiviral and what we’ve learned in the last 18 months is that antivirals are ineffective when they’re commenced late in the disease process,” according to Colin McArthur, an Auckland-based ICU doctor and researcher.

Remdesivir (delivered by IV) more properly sits alongside inhaled budesonide as a drug that is administered in the early stages of the disease; both drugs, developed for other purposes, are available now and show modest results in reducing the likelihood of severe disease, which is useful in the case of infected people at higher risk of deterioration.

Looking ahead, new treatments hold considerable promise of much better mitigation of the disease, and even, in some cases, outright protection through what is called post-exposure prophylaxis. Although New Zealand’s strategy for acquiring these drugs has so far been muddy and belated.

In broad terms, most novel Covid-19 drugs can be roughly divided into two categories: anti-virals and monoclonal antibodies against the spike protein. Both drug types are best used, researchers say, in patients whose disease is still in the early stage, and both types limit viral replication.

The promise is that they will help prevent serious disease and help to keep those who’ve been infected with the virus out of hospital. Monoclonal antibodies against the spike protein are already in use and showing good effect in countries like the US. The drawback is that they must be administered either by injection or IV, typically requiring outpatient care.

Oral antivirals hold particular promise because they can be stored and delivered easily (without refrigeration), and simply swallowed at home, importantly for the fragile health system this diverts treatment and patients away from hospitals and clinics.

No such antivirals, however, have yet passed regulatory approval. But some are showing promise in trials, and a drug called molnupiravir, under development by Merck Sharp & Dohme, appears likely to be the first to market.

“They were exactly right to get the molnupiravir agreement to pre-purchase and be ready to take delivery once or if it gets approved,” according to Kurt Krause, infectious disease doctor and professor at Otago University, but he said more needs to be done, particularly since the molnupiravir isn’t expected to be available until 2022, even if it passes regulatory muster.

Medsafe has not yet received an application for the drug’s regulatory review, and the Ministry of Health has not responded to the Herald’s questions about the timeline for the approval process.

Krause, and his colleague James Ussher, a medical microbiologist and associate professor at the University of Otago, said the Government should now pursue a similar advance purchase of new monoclonal antibodies.

Pharmac has a discrete budget contingency to buy new and emerging Covid-19 therapeutics; its size is “commercially sensitive”.

The new drugs aren’t likely to be cheap. Graeme Jarvis, head of the pharmaceutical industry group Medicines NZ, estimated that a single course of either a new oral antiviral or of monoclonal antibodies would cost between $1000 and $2500.

But the cost, he said, must be put alongside the $1500 a day it takes to keep a patient on a hospital ward, and the $5000 daily cost for a patient in intensive care.

“…And the cost [of] lockdown, or of an overwhelmed hospital system, and the cost of serious disease to the individual…” he said, “remember that none of our options are cheap.”

“Monoclonal antibodies is a broad term and you can have antibodies against lots of different targets. But we’re talking here about anti-spike antibodies, these are antibodies that block entry of the virus into the cell,” Ussher said.

Two which are in wide use abroad are ronapreve (also called REGEN-COV, it is a combination of two antibodies) and sotrovimab. Both are already available in at least half a dozen countries, including Canada, the UK, the US, the EU and Japan.

Krause described the drugs as a “game-changer” and cited ronapreve in particular as “the one that’s had the most compelling clinical trials”.

“Remember what happened with the Samoan church [when a congregation was the centre of an Auckland outbreak in August]? There were a lot of people there and they were exposed and they were vulnerable and we knew it. Those folks could have gotten these injections and it could potentially have shortened the outbreak dramatically. That whole group of people, a large number of them might not have gotten sick and many of them might not have even gotten infected,” Krause said.

Krause is concerned that officials have been slow to recognise the utility of ronapreve. Last month he wrote to Ian Town, chief science adviser at the Ministry of Health, to advise that New Zealand secure a supply of the drug quickly. He hasn’t heard back.

“We need to try to get the drugs on board to be ready to open up. That means being ready with a good suppression strategy. I want to see us on the front foot, it could make the difference between us having a good suppression period, particularly the early period, and us playing catch-up,” Krause said.

Last month supplier Roche and partner Regeneron applied for Medsafe approval for ronapreve, a step that, according to Jarvis, came about from very belated discussions between officials and industry that were “long overdue”.

“It’s a very welcome change,” he said of improved engagement by officials with pharmaceutical companies in the last “four to six weeks”.

Most of the year, he said, “has felt like a bit of déjà vu, as the situation was a bit like it was for the Covid-19 vaccines. Officials were slow to engage with the industry who were proactive and reached out to the officials at the start of 2021. It would be fair to say that until recently, there was a complete vacuum and information void … and we still don’t have a clear Covid-19 therapeutics strategy,” he said.

It remains unclear whether Pharmac intends to advance-purchase ronapreve to secure a supply, however the agency said it is “actively discussing” several monoclonal antibodies with suppliers.

Roche general manager in New Zealand, Alexander Muelhaupt, said “the timing of a regulatory decision is not clear”, but the company is “collaborating with Pharmac and the Ministry of Health” on access to therapeutics.

“Advance purchase agreements are used to set out how much [supply] a country is expected to need over a certain period. It allows us to plan and manage supply accordingly,” Muelhaupt said.

Health Minister Andrew Little did not respond to the Herald’s questions on whether New Zealand intends to acquire doses of monoclonal antibodies.

But Krause said it’s a decision that shouldn’t be delayed: “We’re preparing to open up, and preparing for increased infections, we need to be ready.”