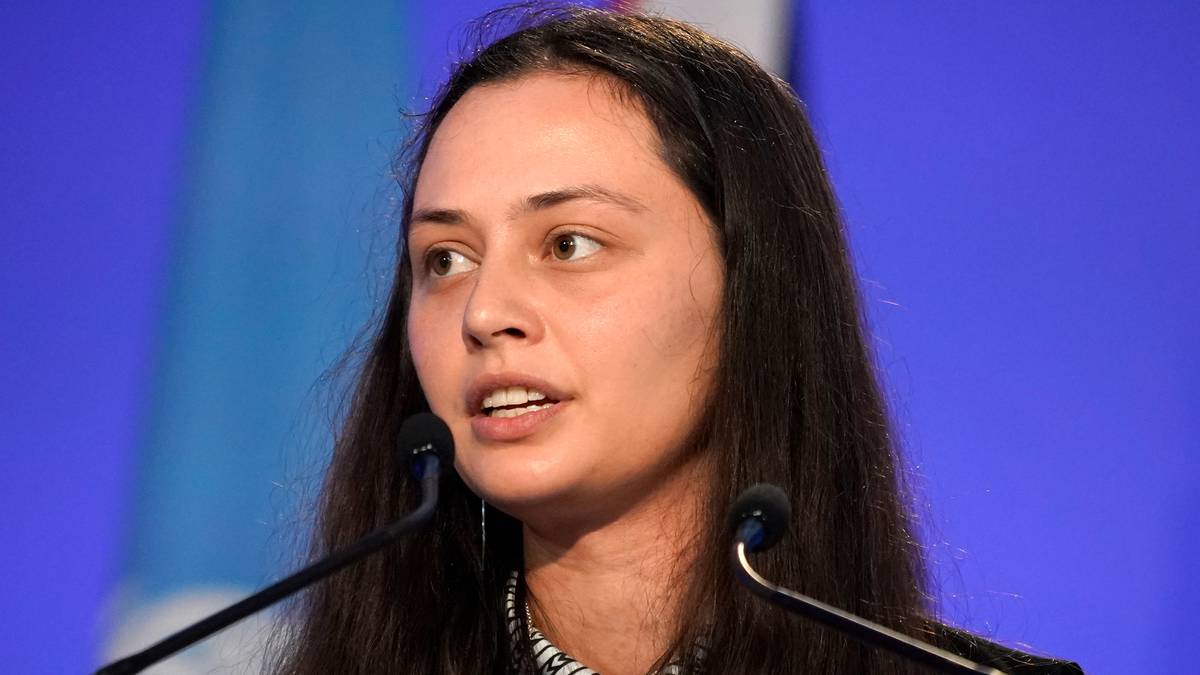 “We have such a big responsibility to carry on the legacy of indigenous activists from the past.”

Māori climate activist India Logan-Riley has a lot on their shoulders.

Earlier this week Logan-Riley gave a rousing speech at the opening of the United Nations climate summit in Glasgow, and today sat down with the Herald’s new In the Loop podcast to discuss the COP 26 conference.

Besides helping pave the way for future indigenous activists, Logan-Riley told In the Loop they hoped to ensure that article six, regarding carbon markets, has safeguards for indigenous rights in it.

“In the past carbon markets have actually been used to abuse indigenous people and displace them from their lands.”

Another focus for Logan-Riley is trying to get better support for countries that have suffered loss and damage, from those who have caused the crisis.

“That really needs structure and mechanisms of redistribution embedded within the UN process.

“As well as particularly holding New Zealand to account in its role in the Pacific and its repeated betrayal of Pacific needs and Pacific aspirations.”

Logan-Riley said restrictions were tight on the ground in Glasgow, and each morning they had to take a Covid-19 test and log their results.

As well as this, they said, the ability for activists to organise has also been clamped down, and they’ve been locked out of negations over the last few days.

“That’s basically meant that over the last two days we haven’t been able to meet as interest groups in the venue which usually would be provided daily.”

They also were concerned that some of the restrictions may have exaggerated the inaccessibility of the conference to many countries on the frontline of the climate crisis.

Logan-Riley said a lot of negotiators from the Pacific Islands and other smaller nations have not actually been able to attend.

They told In the Loop those countries “bearing the brunt” of historical emissions have typically not been able to have been strongly represented in this space, and the pandemic has made this worse.

Logan-Riley also said they would like to see historic emitters like the US and Europe to take responsibility for having caused this situation and to move to make reparations to communities being most affected by climate change.

“If our solutions aren’t supported, and if there aren’t reparations then communities will suffer because of that and there will be communities that are left behind.”

As the conference nears a close, Logan-Riley said world leaders should take a lead from frontline communities because the solutions being hashed out are far removed from many at the face of this crisis.

Now is the time, Logan-Riley said, to reinvest in these communities instead of trying to tinker around trying to preserve existing power systems that only serve “a rich few”.

In the Loop is available on iHeartRadio, Apple Podcasts, Spotify or wherever you get your podcasts. New episodes come out every Friday morning.

You can find more New Zealand Herald podcasts at nzherald.co.nz/podcasts or on iHeartRadio.