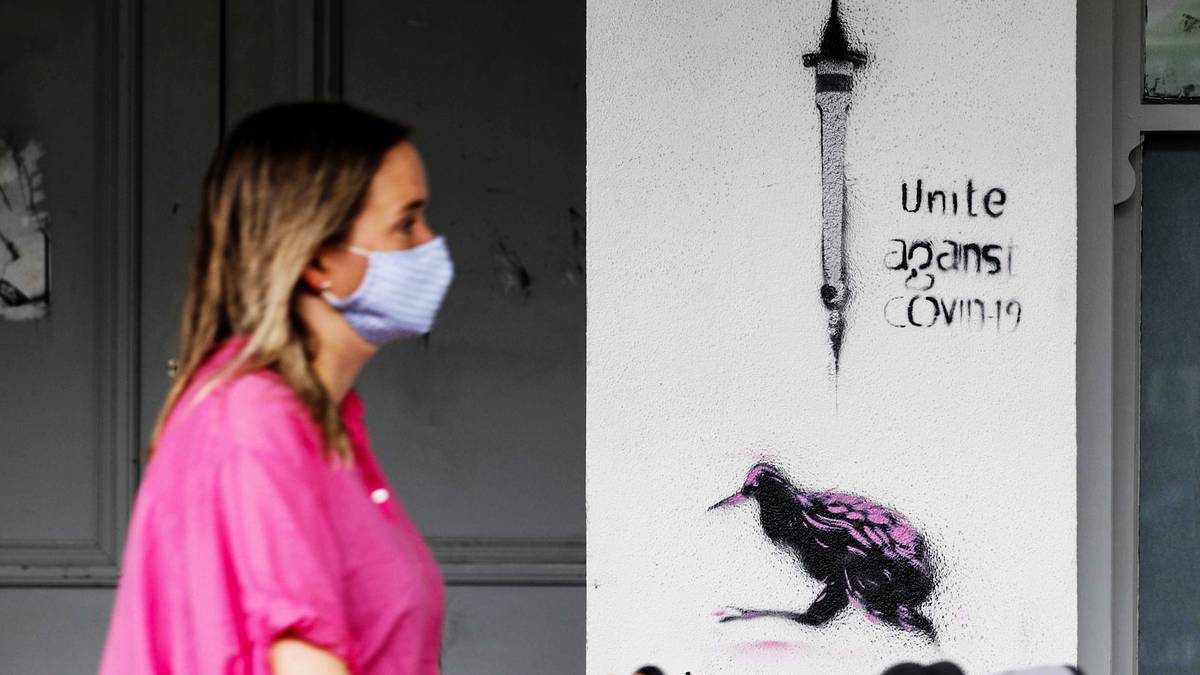 There are a record 206 new cases of Covid-19 in the community today – 200 are in Auckland. There are four new cases in the Waikato and two in Northland.

Seventy-three people are in hospital, up from 69 yesterday. Seven of those hospitalised are in intensive care or high dependency units.

Of today’s 206 cases, 159 are yet to epidemiologically linked.

Officials say four new cases were confirmed in Waikato overnight, all from Hamilton.

“Two were known contacts already in isolation and Public Health will today investigate links for the other two cases.

Two new community cases were today confirmed in Northland, taking the number of cases in the region to 17.

They are both close contacts of cases in Kaitaia and have been isolating at home, officials said.

“We are continuing to encourage those who live in or around Taipa, Kaingaroa, Awanui and Kaitaia and have had symptoms of Covid-19 in the last couple of weeks, to get tested as soon as possible.”

Community cases of Covid-19 in the Delta outbreak have so far been almost entirely confined to the upper North Island, although there have been concerning wastewater detections elsewhere.

“Wellington Regional Public Health are encouraging those involved in a tangi in Porirua on Wednesday this week to get tested,” officials said.

“Their assessment is that the risks to wider public are low following reports of a person who had tested positive in Auckland last month and who travelled from Auckland to Porirua.

“They are assessed as unlikely to have been infectious as they travelled at the very end of their 14-day quarantine period.

“However, in the absence of fuller information, they are recommending those linked with the tangi to be tested, particularly if they have symptoms.”

The Ministry of Health is seeking more information to provide further reassurance that the case was not an infection risk while visiting the area.”

There was one border case announced today – a person who arrived in NZ on November 2, who travelled from Ireland via Qatar.

The Government has made an in-principle decision to move Auckland, which has been in level 3 or 4 lockdown since the outbreak was discovered on August 17, to step 2 of level 3 from 11.59pm Tuesday. Cabinet will make the final call on Monday.

The move would allow retail stores to operate with distancing and mask use, public facilities such as libraries and museums to reopen, and outdoor gatherings to increase to 25 from 10.

However, there are also worrying signs the virus may have spread to other parts of the North Island.

The wastewater detections on Thursday in Stratford, Gisborne and Napier remain unlinked to any known cases of Covid-19, which could mean there are undetected cases of the virus in those communities, the ministry said.

“We are asking anyone with any symptoms in these places – no matter how mild – to get tested, especially anyone who has travelled outside of these regions recently.”

The finding was especially concerning because Stratford had the lowest vaccination rate among Māori, and mobile testing and vaccination units had been sent to help, Te Pāti Māori co-leader Debbie Ngarewa-Packer said.

Taranaki is also one of the poorest-performing district health board areas overall for vaccinations, with 68.6 per cent of eligible residents fully vaccinated.

Only Northland and Tairāwhiti have lower rates.

And last night authorities were working to establish whether there are undetected cases of Covid in Gisborne and Napier after two wastewater samples tested positive for the virus.

The tests were taken between Monday and Wednesday in Napier and Gisborne, with the positive results coming yesterday afternoon.

There are no MIQ facilities, or known Covid-19 cases self-isolating, in Napier or Gisborne, a Ministry of Health spokesperson said.

That meant the positive tests could be from recently recovered cases returning to the region from MIQ who are shedding the virus, visitors to the region, or it could signal undetected cases in the community.

As of this morning, no positive cases had been reported in Stratford, Gisborne or Napier.
The detections sparked renewed encouragement for those who haven’t yet been vaccinated to get the jab as soon as possible.

Tairāwhiti District Health Board area, which includes Gisborne, has the lowest overall fully vaccinated rate in the country, at 65.3 per cent. Napier falls under the Hawke’s Bay DHB, where 72.7 per cent of the eligible population are double-dosed.

There were 27,892 first and second vaccine doses administered in the country yesterday, made up of 6442 first doses and 21,470 second doses. To date, 89 per cent of eligible New Zealanders have had their first dose and 78 per cent are fully vaccinated.

Overall, 56 per cent of eligible Māori have are fully vaccinated. Seventy-four per cent have received their first jab.

Among Pacific Island people, 71 per cent of those eligible are now fully vaccinated and 86 per cent have received one shot.

In Northland, where vaccination rates have been flagging and part of the Far North is in level 3 lockdown, 67 per cent are fully vaccinated and 81 per cent have received one dose.

In Waikato, part of which is also in a lockdown – step 2 of level 3 – three-quarters of eligible residents are fully vaccinated and 88 per cent have had one shot.

Auckland metro DHB residents are at 83 per cent fully vaccinated and 92 per cent first dose only.

The average age of those in hospital is 51.

When each DHB hit this target, the new framework would come into effect.

Vaccinations rates have slowed as the push to get everyone protected from Covid gets closer to the hardest to reach Kiwis.

However, numbers could get a boost today, with three weeks – the recommended gap between first and second doses – having passed since the Super Saturday vaxathon saw 39,025 people receive their first jab.

Just over 130,000 people in total received either their first or second dose on Super Saturday. Figures for today’s jabs will be released tomorrow.

The race to get needles in arms is twofold – to protect health, and allow areas under level 3 restrictions more freedoms.

There were 69 people in hospital yesterday, including six in intensive care or high dependency units.

The numbers still fall within high-level Government modelling published on Monday, which has daily case numbers peaking at 200 a day later this month, including 11 ICU admissions a week.

The numbers also show an increasing “decoupling” of hospitalisations from case numbers, as vaccination levels continue to rise.

Of those infected in this outbreak, the proportion without a single dose has dropped from 82 per cent on September 9 to 70 per cent.

WHERE TO GET A VACCINATION IN AUCKLAND WITHOUT A BOOKING

Where to get a vaccination in Auckland – without a booking

Meanwhile, the hospitalisation rate of all cases has dropped from 9.7 per cent to 7.1 per cent over the same period.

Twenty-nine people have died of Covid-19 in New Zealand.

Two people isolating at home with Covid-19 died this week. With MIQ at capacity, more people infected with the virus are self-isolating.

Investigations were still under way to determine the exact causes of both deaths, director of public health Caroline McElnay said yesterday.