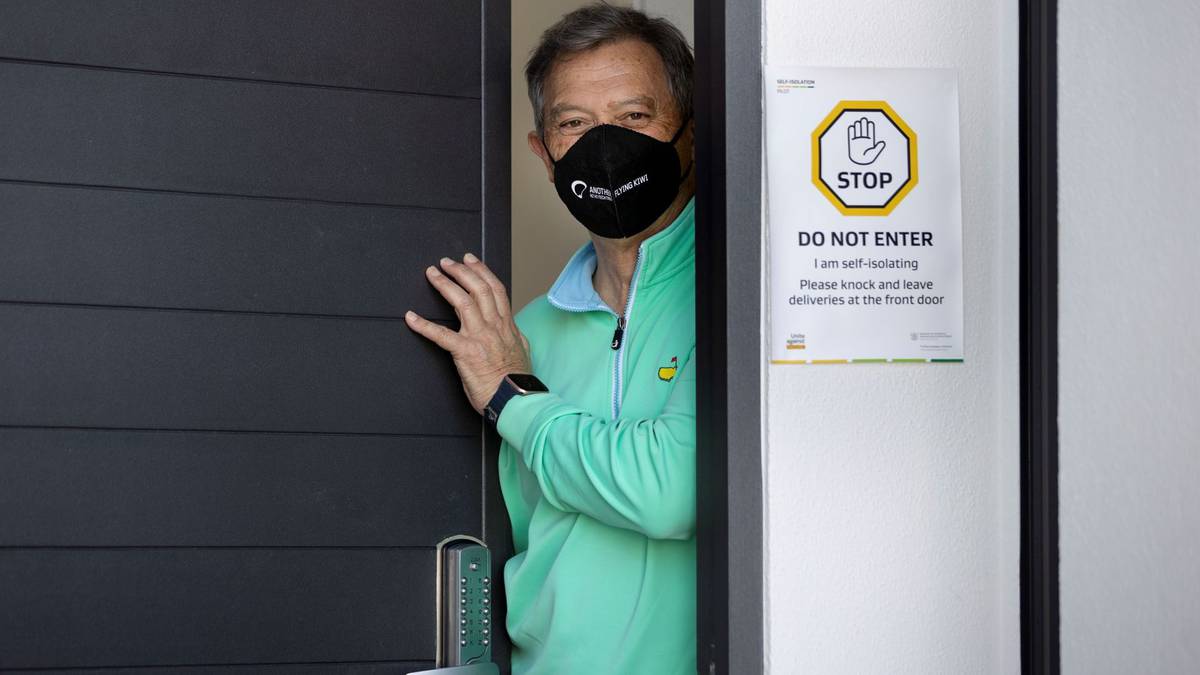 This story is part seven of an ongoing series in which Sir Ian Taylor provides the Herald with updates on his travel trial.

I have just completed my first day in self-isolation in Auckland and it has been interesting to say the least.

On landing at Auckland International Airport, I was really impressed by the Self-Isolation process that had been established at the border. The staff were wonderful to deal with and whilst they readily acknowledged that this was something new for them, it was clear that they were working hard to make it a success.

From what I saw, if these people on the frontline are included in meaningful discussions about how we do that, I am convinced that not only will they make it work but, together we could also create something truly world class.

At the immigration counter I was required to show my latest PCR test and my double vaccination document. I then moved to a testing bay where I had two tests. One a saliva-based antigen test that took 15 minutes (like the ones I had in Los Angeles at the clients I visited) and the official nasopharyngeal test approved by the Ministry of Health. A day later I have not yet received that result – but then again, I’m not going anywhere.

Once I had my negative rapid antigen result, I was cleared through Customs out to an MBIE-accredited driver who brought me to the house where I am now isolating.

Now the other bits.

There were 95 other passengers on my flight from Los Angeles, and today all of them are locked away in an MIQ hotel, including one person I was sitting next to on the flight. He runs a very successful New Zealand business with his major market being in the US. As a result of our MIQ system the only way he could safeguard that business was to move his family to the US to live until MIQ is sorted.

The lottery that MIQ had become made it impossible for him to conduct his business any longer from New Zealand.

His head office remains in New Zealand, and he was on his way back to meet face to face with his staff here. Zoom can only do so much when you value the people you work with. After spending two weeks in MIQ, he planned to spend three days with his staff and then fly back to the US. While he is holed up in an MIQ facility, his family home in Auckland stands empty.

He is fully vaccinated, is tested regularly as part of the Covid protocol that his company operates in the US, and he tested negative 24 hours before flying back to NZ.

I don’t know the geography of Auckland very well, but there is every chance that the bus carrying him to his place of Managed Isolation took him past one of the shopping malls where hundreds of people were queuing up, overnight, waiting for the shops to open. This in a city that now has over 2,000 Covid cases, and more than 1,600 of them isolating at home.

There is no longer any logic in the decisions that are being made around MIQ. There hasn’t been for some time.

Back at my place of self-isolation I found a range of instructions. They included fixing signs to any exterior doors warning people not to enter. I was reminded of the big red X’s painted on people’s doors during the plague.

That would possibly make sense if I had the plague, but I had tested negative seven times in as many days, the last just an hour earlier at the airport.I am fully vaccinated and had an immunity test to confirm the effectiveness of that prior to flying out a week ago.

Meanwhile, along with the people camping out together at shopping malls around Auckland, I got to watch the news last night to see thousands of people marching on Parliament, most without masks, most ignoring any sense of social distancing.

Meanwhile, the sign on the inside of my door instructed me, in very pretty pictures, that before opening the door for any reason, I had to:

Wash my hands. Put on a mask. Then open the door.

This was how I was to retrieve any goods left for me, even after the delivery person had left the property.

I never imagined that the scenes we got so used to seeing out of the US of people protesting in the streets over something as logical as not endangering your fellow citizens, would ever happen here in Aotearoa New Zealand.

I don’t agree with them, but to have those protests being dismissed as being driven by a small minority ignores one of the basic of all human characteristics. If you are going to impose rules, for whatever reason, they must be consistent, or people will simply start to ignore them.

The person I met on the plane must surely have watched the news last night and asked, where is the common sense in any of this. It vanished a long time ago with this flawed MIQ system. It has to be fixed, not in the first quarter of next year – it has to be fixed now!

And then there’s the system that has been put in place to determine that I am staying where I am meant to be – but that’s a story for tomorrow.