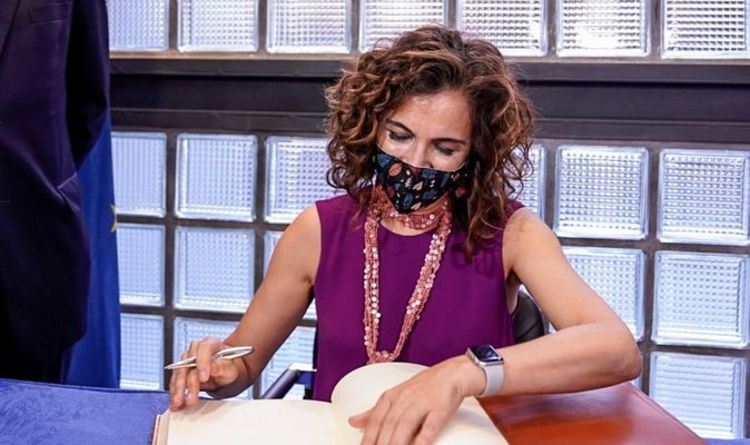 This measure appeared in the drafts of the plan that the Government handled at the end of 2020, but the final document sent to Brussels did not specify it and left it in ambiguous wording.

The implementation contract of the Spanish recovery plan that the European Commission and the Government have signed is clear when it sets for the end of 2022 the “entry into force of the adjustment of the calculation period, extending it for the calculation of the retirement pension.”

The same text includes the promise to increase the maximum contribution bases and progressively increase the pensions.

It also includes the commitment to replace the sustainability factor with the intergenerational solidarity mechanism.

The former was introduced in the 2013 pension reform, although it has not yet entered into force, linking life expectancy to the initial pension received by the person retiring.

The contract signed between Brussels and Madrid is a document that the Commission usually signs with the Member States each time it delivers funds.

It contains a very detailed and schematic list of the commitments of the two parties, and their fulfilment is necessary for the money to arrive.

In this case, it is the almost 70,000 million euros in subsidies, that is, non-refundable resources, to recover from the blow to the economy caused by the coronavirus pandemic.

Typically, these documents are not made public, but Ursula von der Leyen was particularly interested in bringing them to light on this occasion.

It contains all the reforms to which Spain is committed and their deadlines, including the three most important ones: labour, pensions and taxation.

Although this commitment to raise the period for calculating pensions was included in an annexe to the Council decision approving the Spanish recovery plan in June, it is now a formal agreement signed by the Minister of Finance, María Jesús Montero, and the European Commissioner for the Economy, Paolo Gentiloni.

The Secretary-General of UGT, Pepe Álvarez, has stated in several interviews that the unions were unaware of the Spanish Government’s agreement with Brussels to extend the period for calculating pensions but that, “in any case”, he considers that “this does not have much chance of progressing and that, of course, they will not agree.”

Álvarez has stressed that he would like to hear the minister explain why they did not know this point of the memorandum that was sent to the EU, UGT reports.

He also wanted to reassure the public and stress that “there is no majority in Congress to support this” and that the trade union organisations are not going to support it.

He added: “Under no circumstances will we have new pension cuts.”