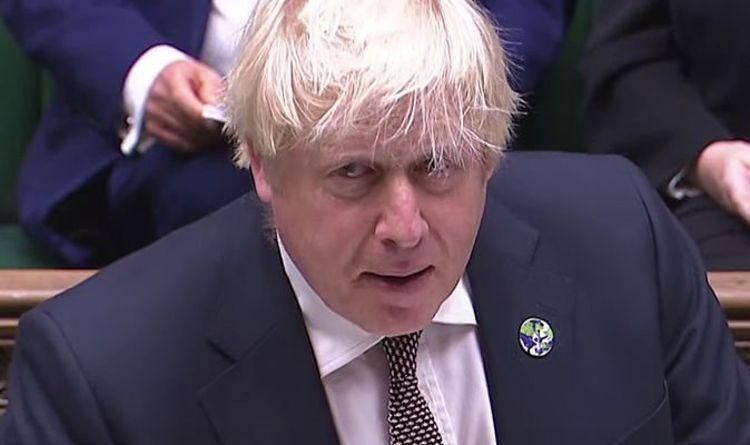 Conservative MP Tom Hunt has warned Boris Johnson of the future of the Tories, saying that “the three key things we need to focus on are law and order, immigration and combatting the woke agenda”.The warning came as Labour recorded its first poll lead over the Conservatives in almost a year in the latest Opinium poll. The Prime Minister has been facing increasing pressure after the party was embroiled in renewed accusations of sleaze following the Owen Paterson row.

TalkRadio host Mike Graham said: “One of the things I saw over the weekend was some observation by a particular- I can’t remember which particular pundit made it but basically saying that before this green agenda came along, and before Cop26, Boris Johnson was running pretty high in the polls.

“Post Cop26 and during Cop26, suddenly the Labour Party are in the lead. Could the two things be connected?”

Mr Hunt said: “Other than the cost of living and Covid and things like that, I think the three key things we need to focus on.

“I think those three things– key things I think many of our voters are looking for us to tackle.”

The host continued: “I think there’s no question from the conversation that I have here. The NHS is in dire need of reform, and it needs to be fixed.

“There are so many bits of it that aren’t working properly at the moment.

“Immigration, certainly, I mean, I saw that you tweeted out this morning about the Border Force because of something that the personnel are complaining about.

“Apparently the Border Force are saying that they don’t want to be returning migrants to their place of origin anymore.”

“If they’re not comfortable doing that they should go and get another job.”

Mr Graham asked: “Are you comfortable with the way that things are currently being done?

“Again, a lot of people say to me, how many people are gonna have to come here before the Government stops it because Surely they must be able to stop it.

“If they can’t stop it. Then when is it going to end?”

“I hear about it perhaps more than any other issue at the moment for constituents. Millions of people voted to leave the European Union to take back control of our borders.

“It doesn’t look like control. We have got the nationality and the borders bill going through Parliament.”

Keir Starmer’s party has recorded 37 percent support, a single point ahead of the Tories.