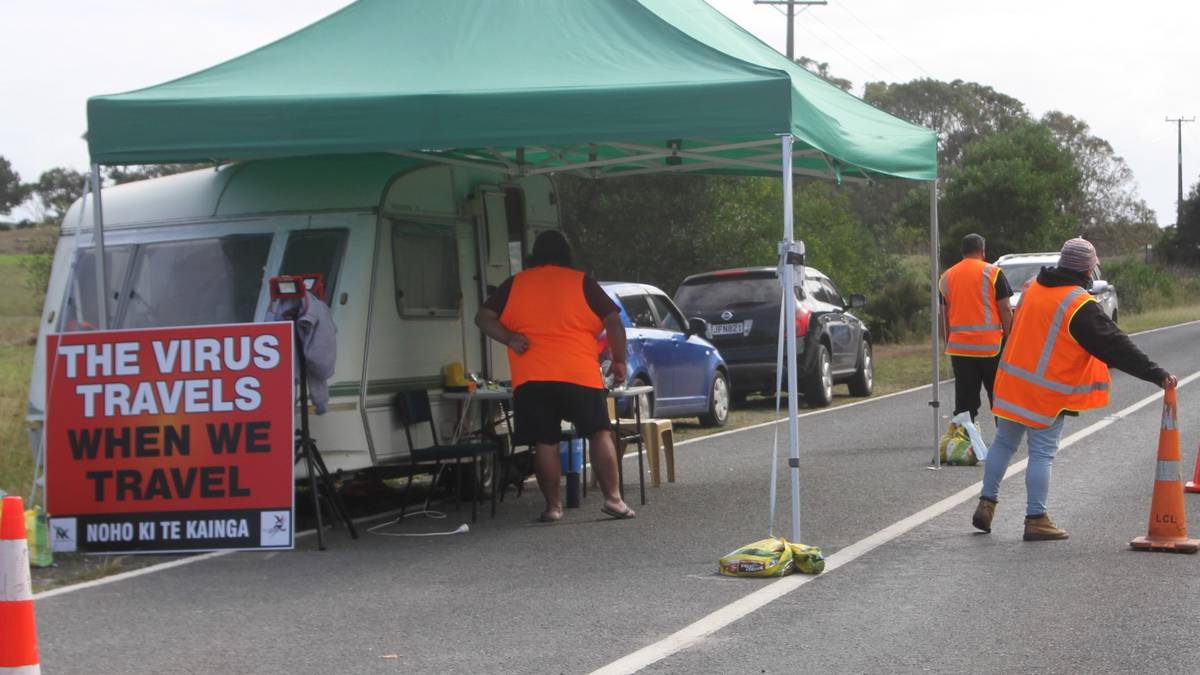 The projections are stark. So much so that it makes sense to question — even at this late stage — the urgency for Aucklanders to spill out into those parts of the country that will not have achieved the 90 per cent double vaccination target before December 15.

I blame Christmas. In an authoritarian country, you would just delay the summer holidays (and shift the observance date for Christmas) out a few weeks rather than set off unnecessary waves of infection in parts of Northland and the East Coast that are not prepared. Or simply put borders around those places to protect their inhabitants.

This religious holiday is not even traditionally observed by many newer New Zealanders.

But if December 25 was not a traditional holiday, surely the Government would have given itself a few more weeks to achieve its original goal of keeping the Auckland border in place until its vaccination target was achieved.

In my view, there has been too much media-stoked pressure to step up the urgency for people to get out of Auckland.

Yes, people do have an element of cabin fever. But this virus is on the rampage in Auckland. The Ministry of Health has yet to sort sufficient MIQ places for those Aucklanders who become infected and who can’t sensibly self-isolate (such as those residing in apartments), let alone put measures in place to ensure people self-isolating in stand-alone dwellings are checked regularly. It is a damn mess.

There is also now a great deal of nasty rhetoric coming from some members of a privileged middle-class elite who constantly urge journalists to beat up on the Government, claiming that media are, as a class, in Jacinda Ardern’s pocket. Even Sir Russell Coutts has been on this path recently on Facebook. And those who are usually more temperate are using social media platforms that professionals inhabit, like LinkedIn, to beat a similar drum.

Several journalists I know have also been sent insinuating “threats” that their offices will be stormed by people intent on executing media folk if they don’t constantly challenge the Government. Their ideology is not too far distant from the Americans who stormed the US Capitol earlier this year.

So, time to draw breath.

New Zealanders need to be prepared for the wave of infection that will spill out after December 15. On that date, fully vaccinated Aucklanders — or those who test negative for Covid-19 72 hours before travel — will be able to leave the city to spend Christmas elsewhere.

On Herald database projections released yesterday, DHBs in holiday areas like Northland, Tairāwhiti (East Cape), even the Bay of Plenty will not have reached the 90 per cent targetset earlier by Ardern as necessary before the Auckland border comes down.

That fine objective has been buried by political considerations. But I am sure Ardern is aware that if Covid takes hold in areas which have not achieved higher vaccination rates by December 15, it will be her Government that will face renewed pressure and blame. Not the opposition politicians — and others — whohave urgeda swifter border reopening.

Yesterday, the Herald’s Derek Cheng reported a worst-case scenario of 16,000 Covid cases a week around New Zealand, most of them staying at home rather than in managed isolation, and around 800 people in need of hospital care.

As Cheng explained, the 16,000 figure comes from taking the model for the region north of the Bombay Hills — 5400 cases a week at the upper end, based on 90 per cent of eligible people being fully vaccinated — and tripling it for a whole-of-country estimate.

Health Minister Andrew Little is relatively sanguine about these projections as he prepares New Zealanders for this potential reality as the virus becomes endemic in this country.Notably, he is becoming focused on hospitalisation rates. Are our hospitals prepared? Do we have sufficient ICU staff? And so forth.

The Government’s own political base will be affected. Māori and other disadvantaged communities and the unvaccinated will be disproportionately harmed.

In truth, New Zealand is not yet ready for this reality.

It is a major mindshift to go from an environment where elimination of the virus was a goal that was successfully achieved, to recognising that the virus will become endemic.

The rhetoric around this pandemic needs to shift to embrace this reality.

And there’s one final — and self-interested — point.

Managed isolation quarantine needs to remain in Auckland for those apartment dwellers who become infected by the virus and cannot safely self-isolate at home in their apartments without potentially infecting others through ventilation systems.

The Ministry of Health has been shamefully slow to get protocols in place that take account of this reality.