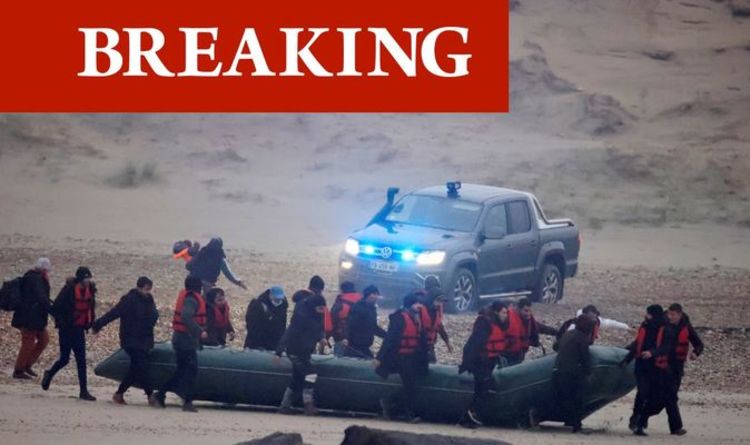 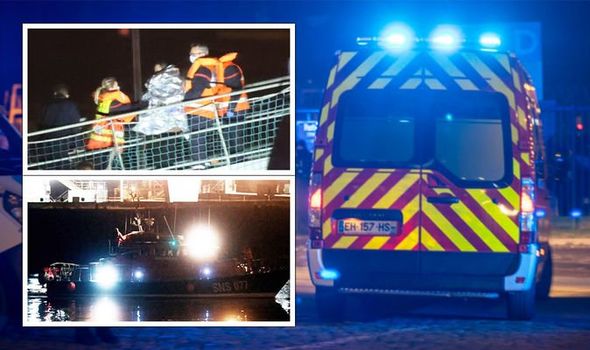 According to reports, the migrants attempting to cross the channel died after their boat sank in the Calais area. A coastguard official has said a rescue operation was still underway, warning that the death toll could be higher.

The individuals were attempting to cross from France in an inflatable dinghy, BFM TV reported, citing French police sources.

According to French officials, the tragedy occurred shortly after 2pm on Wednesday.

A spokesman for the Interior Ministry in Paris said: “At least five people died have died. The toll could be heavier.

“Around 2:00 p.m. on Wednesday, a fisherman reported the discovery of about fifteen bodies floating off Calais.

“A French Navy vessel recovered several bodies, including five dead people and five unconscious, according to an early report.”

He described one of the boats as having people onboard while the other was empty.

He told the outlet that another fisherman had called the rescue operation after witnessing an empty dinghy and 15 people floating motionless nearby, either unconscious or dead.

The news comes just hours after French police officers appeared to look on and do nothing while a group of migrants launched an inflatable dinghy in the water.

Shocking images from Tuesday, November 23, show a French police vehicle parked up while a group of migrants launched an inflatable boat for their crossing.

The force made no interception to their efforts.

The group could all be seen wearing a lifevest for the crossing, while yards away sat a French police car with at least two officers inside.

The police officers did nothing to stop the group despite recent pledges from the French Government to take a tougher approach to crossings.

The French Government had vowed that forces would be in action “night and day” to prevent individuals from leaving for the UK via the Channel.

According to French authorities, more than 900 police officers are deployed in the Calais region daily to prevent crossings of this nature.