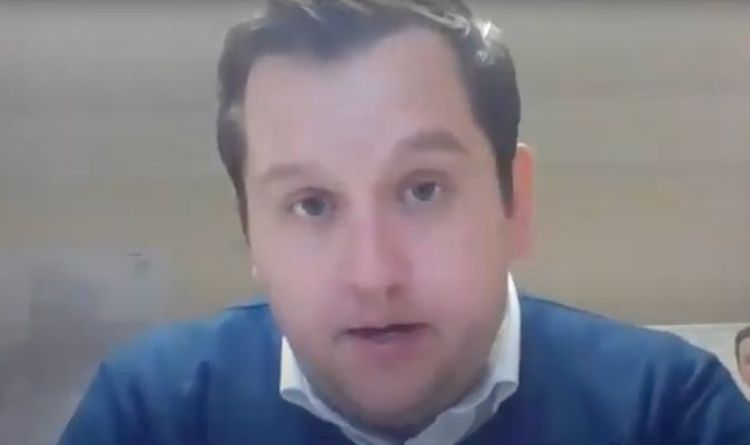 Louie French told Express.co.uk that it is vital that if Britain is to tackle its housing crisis it must use brown field sites available in and around London and stave off the development of the green belt, cherished by those who move to the constituency he hopes to represent. The Conservative, who is vying to win the south-east London seat following the tragic death of former incumbent James Brokenshire from lung cancer in October, said extra homes can be build built without tearing up green space in South London.

He said: “In Bexley we have significant development going on in the north of the borough where we have a number of old brownfield sites that can be built out.”

He noted how housebuilders have been eying up such areas in the north of the borough to create more housing to ease the strain on the UK’s housing shortage.

Mr French added there are “fantastic schemes” taking place in locations such as Erith on the Thames where he said there have been a “significant increase” of homes being built for local people.

But the Conservative hopeful was adamant this must not take place anywhere else other than brownfield sites.

JUST IN Boris Johnson POLL: Is PM still fit for job in face of letters of no confidence?

He argued: “People move to Bexley increasingly for a number of reasons… But actually, it is because it’s a green leafy out-of-London suburb.”

The candidate, who hails from the area, praised the “fantastic green local spaces” on offer as he said it is vital to him and the local people that they are protected.

He said: “Local residents are very strong in their views in not wanting to build on the green belt.”

Mr French argued developments would “dramatically change” the nature of the area and has vowed to keep it from happening.

He said: “We can improve the opportunities of people getting onto the housing ladder…

“But I am fully committed to those new developments on old brownfield sites which we do have a number of sites which can be developed and do not harm the greenbelt.”

His proposals would see land split into three categories – in some areas all building would be prohibited, in others limited development would be permitted, and elsewhere housebuilders would automatically be given authorisation provided they stuck to certain rules.

The plans were seen as a shift to cut out the shedloads of paperwork involved in planning and end the ease of local objections to developments.

But the proposals have since collided with fierce opposition from rural campaigners who branded the move a “developer’s charter”.

David Francis, Labour’s candidate for the by-election, claims residents are “fed up of being taken for granted by the Tories”.