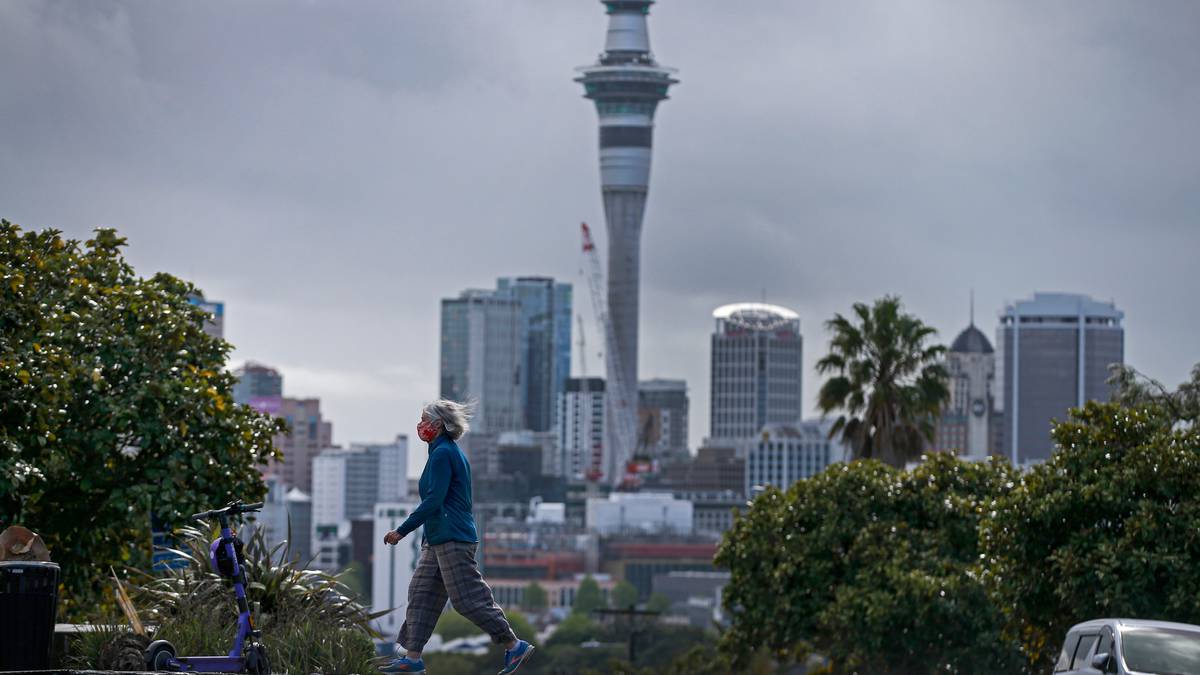 Originally published by The Spinoff

OPINION: As ‘Freedom Day’ approaches, the people of Tāmaki Makaurau appear to be at the end of their tether, writes Chris Schulz.

On Saturday morning this past weekend, the north-western motorway seemed calm and peaceful. It’s a pretty straight stretch of road, a usually boring drive back home out west, occasionally stalled by peak-time congestion, road works, or, once, three horses on the lam. This past weekend, drivers were held up by something else: idiocy, followed by anger, then terror.

In the left-hand lane, by the exit for St Lukes, an SUV towing a trailer full of junk pulled out erratically, cutting off the driver of a small blue car. Forced to slam on the brakes, the blue car’s driver gently tooted the horn, then pulled out to overtake.

In response, the driver of the SUV flashed an aggressive one-fingered salute out the window. The antagonism didn’t end there. The SUV’s driver floored it, pulling up bumper-to-bumper behind the blue car, tailgating it for several hundred metres down the motorway. You could almost see fumes of red rage wafting out the windows.

Finally, the blue car pulled over, off the motorway, and let the SUV, and his obvious anger, drive off.

I thought about that incident all weekend. It stayed with me. Fifteen weeks into lockdown, the end is in sight, and Tāmaki Makaurau is clearly feeling it. The driver of the SUV could have handled that incident in so many different ways: a wave, an apology, or, as usually happens whenever something dodgy occurs on Auckland’s motorways, nothing.

Being cut off is a regular event here. Everyone involved could have shrugged their shoulders and enjoyed the rest of their weekend.

Instead, a flash of anger saw it escalate, quickly. If the SUV had deliberately hit the blue car, forcing both to pull over, I don’t like to imagine what might have happened next. I doubt it would have been a chirpy “Hello!” and a pleasant exchange of phone numbers.

I’ve always felt that you can judge Auckland’s mood by the state of its traffic. If queues are calm and orderly, we’re doing fine. If motorways are full of dodgy lane changes and random manoeuvres,something’s up. If that hypothesis is true, right now we’re in the emergency zone. If you don’t have to drive, you possibly shouldn’t. It’s chaos and confusion out there, folks.

Across the past few weeks, I’ve seen countless examples of speeding, overtaking, undertaking, tailgating and cutting off. That Saturday incident was just one example. Road markings are, apparently, just suggestions. In Point Chev, I watched three drivers in a row take their cars over a raised median barrier because they couldn’t be bothered sitting through another set of lights.

On Symonds Street, waiting for lunch, a driver casually mounted the kerb, the car more on the footpath that off it. He got out, then walked away, only to return. It wasn’t to correct his parking – he’d forgotten his mask. While that happened, two motorbikes were driven down the footpath, forcing me to jump out of their way.

Judging by the amount of wing mirror damage being reported just by the staff who work in The Spinoff offices, our spatial awareness has been whittled away to nothing.

I lost my own wing mirror recently. On the Saturday after what everyone seems to agree was the worst week of lockdown, the one that followed two weeks of solid rain, I decided I’d had enough. I planned a day out. I went for a chilly swim at the beach. I walked through Riverhead forest. I streamed an overseas musical festival, then headed out to pick up takeaways booked days in advance.

It was a near-perfect day. Then the mirage evaporated. At a roundabout just a block from the restaurant, an Auckland Transport bus drove into me, damaging every panel along my car’s right hand side. I covered my ears to mask the horrible sound of metal scraping on metal, and watched as my wing mirror was torn off, left dangling.

The bus driver didn’t stop. I had to follow it down Dominion Road, then take photos of the number plate when it pulled in to pick up passengers. Next stop, insurance, and more life admin.

It’s another sign that, collectively, the city appears to be losing it. As we emerge from three months of lockdown, we’ve forgotten how to behave in public. Our masks are on, but all bets are off. We don’t know what to do with ourselves. All those strategies we used to survive lockdown – eating all the doughnuts, stocking up on vinyl, panic buying for Christmas, and taking stupid little walks – no longer apply. Now we need to find a new normal, one where delta is out among us, and no one seems to know what that looks like.

Come Friday, or what’s been dubbed as “freedom day”, we’re going to be crashing into each other again even more, working out where we stand, dining together, sitting near each other in movie theatres, all the while wondering what the hell we’re doing, and how it suddenly got this close to Christmas.

Auckland’s always crazy in December. I get the feeling it’s about to go next level.

How will we cope? The other day, there was something close to a sign. Walking to my local shops, a plane flew overhead. Someone had paid for it to tow the inexplicable message “Hugs won’t fix this Jacinda” around the city. That’s another decision involving multiple steps made by someone that I think about far too often.

A block on, I watched a (different) bus driver swing his vehicle around a roundabout. He was drenched in sweat, his shirt unbuttoned to the waist, his belly hanging out for all to see. He was smiling, and appeared to be singing, having a great time.

What a sight for sore eyes. I couldn’t help it: I caught his vibe and cracked up. That bus driver is all of Auckland right now: sweaty, dishevelled, high on all of the freedom that’s coming our way. If we copy that bus driver and get through this with a smile on our faces – instead of putting our middle finger out the window – maybe, just maybe, we’ll be OK.