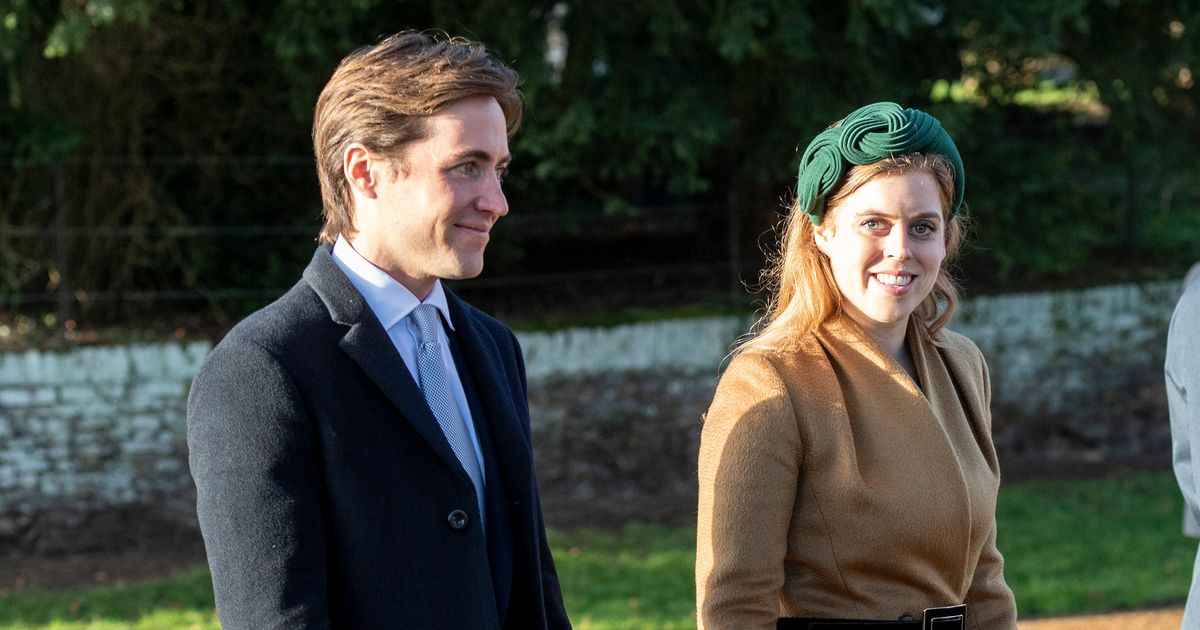 Princess Beatrice and her husband Edoardo Mapelli Mozzi will be spending their first festive season they will share with their new daughter Sienna Elizabeth, who they welcomed into the world in September.

The couple can now attend official royal events and get the best seats in the house for royal celebrations after being married at an intimate wedding in July 2020.

But in 2019, before they wed, he got a sneak peek at one of the family's days out on Christmas morning, the Queen and her relatives come together for a service at St Mary Magdalene Church in Sandringham before they head back to the estate for their private festivities.

Well-wishers line the road to get a glimpse of the family and to give them flowers and wish them a Merry Christmas.

Invites to the family's private Sandringham celebrations are reserved for members of The Firm, and partners normally have to wait until they are married to join in.

But tradition says that Edoardo shouldn't have been part of the Christmas celebrations as he was not officially being part of the family.

Reports say the rule was also discarded in 2017 when Prince Harry invited his bride-to-be Meghan Markle ahead of their wedding, paving the way for Beatrice to do the same with her future husband.

Meghan joined the Royals for the three-day Norfolk celebration as her own family were on the other side of the world in America.

However, the Duchess of Cambridge and Mike Tindall on the other hand had to wait until they had wed their respective spouses Prince William and Zara Tindall before being allowed to tuck into that royal turkey.

Speaking at the time, royal expert Richard Fitzwilliams told Express.co.uk: "In 2010 Kate was not invited to do so after her engagement to William nor was Mike Tindall after his to the Princess Royal's daughter Zara Phillips and only spouses and close family are usually invited.

"However Harry and Meghan will be living together at Nottingham Cottage at Kensington Palace and her family are in the United States. The monarchy relies heavily on precedent and tradition but it also makes it's own."

Christmas guests at Sandringham this year are thought to include Prince Charles and the Duchess of Cornwall as well as William, Kate and their three children.

To keep up to date with all the latest news stories, make sure you sign up for one of our newsletters here.

The Queen's youngest son Prince Edward, his wife Sophie and their children, Louise and James have also confirmed their attendance.

Princess Anne and her children Peter Phillips and Zara Tindall are expected to attend.

And the invitation has been extended to Beatrice, Edo and Sienna, and to Princess Eugenie, her husband Jack Brooksbank and their baby son August.