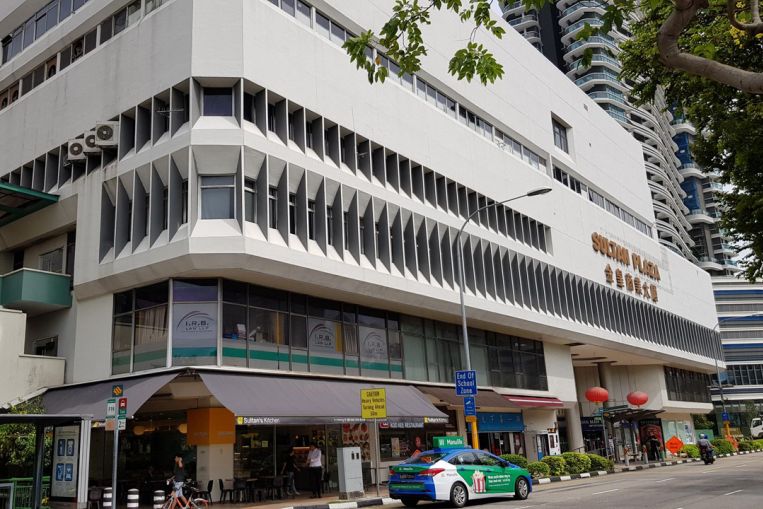 SINGAPORE (THE BUSINESS TIMES) – As more ageing properties in Singapore are trying again to go en bloc, the Sultan Plaza commercial building and the City Plaza mall may be next in line.

If their collective sale tenders are launched, the reserve prices could be slashed to $360 million for Sultan Plaza in the Beach Road area and $850 million for City Plaza in Paya Lebar, Lianhe Zaobao reported on Monday (Dec 13).

This time round, the collective sale committee (CSC) has obtained signatures from the requisite 80 per cent of unit owners, and plans to launch a tender in about 2 weeks, Lianhe Zaobao noted.

Built in the 1970s, Sultan Plaza is located between Beach Road and North Bridge Road, near the Kampong Glam conservation enclave. The land’s leasehold tenure started in May 1978, leaving a balance lease term of about 56 years.

Its $380 million tender was first launched in January 2019. It was later relaunched in July the same year with more redevelopment options: as a hotel, a commercial and residential development, or a fully commercial building, all with a 5.0 plot ratio, The Business Times reported then. That meant the 52,471 square feet (sq ft) site could be redeveloped up to a gross floor area (GFA) of about 262,354 sq ft.

The Sultan Plaza plot could potentially yield a 700-key hotel, and the new project’s height can go up to about 30 to 35 storeys, Lianhe Zaobao noted in its latest article.

Nearby, Golden Mile Complex was put on the market on Nov 30, with a $800 million reserve price. That would be the second en bloc attempt for the mixed-use development, which was recently gazetted as a conserved building.

Meanwhile, City Plaza along Geylang Road is gunning for another collective sale exercise, although it has yet to garner the 80 per cent mandate.

Presently, more than 20 per cent of the unit owners have given their consent, Lianhe Zaobao reported. City Plaza held an extraordinary general meeting in November 2021 to kickstart the process, and will thus have a year to win the support of at least 80 per cent of the owners before the CSC can launch a tender.

The 18-storey freehold development has a total of 531 units, including 465 strata retail units and 66 residences.

City Plaza was completed in 1972 and is known for its wholesale shops, which mainly sell clothing. Its land area spans about 141,505 sq ft while the GFA is around 424,515 sq ft.

During the 2017 collective-sale boom, City Plaza unit owners were eyeing a sale price of between $800 million and $1 billion. Shop owners then had cited falling rental rates, which were said to be slipping to levels of the 1990s, as well as rising maintenance costs for the ageing building.

In 2019, some owners were targeting a $950 million asking price, but the property did not go to the market as the CSC failed to garner the requisite 80 per cent owners’ consent, Lianhe Zaobao reported.

City Plaza is zoned for commercial use with a gross plot ratio of 3.0, under the Urban Redevelopment Authority’s Master Plan 2019. It is next to KINEX shopping mall and also near Paya Lebar Quarter and SingPost Centre.