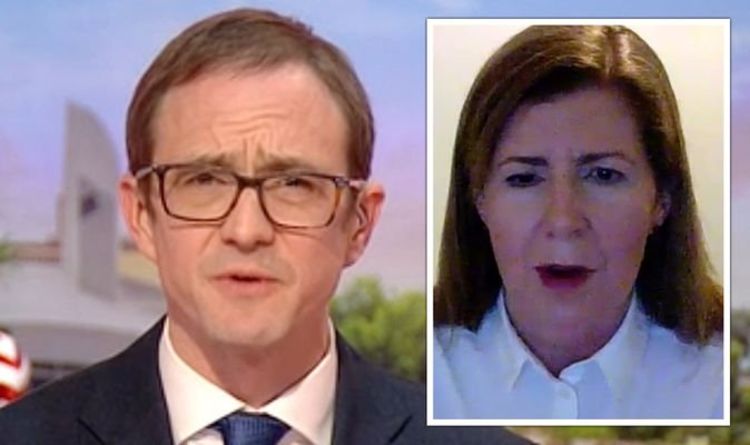 The Labour Party placed third behind the Liberal Democrats and the Conservative Party in the highly contested North Shropshire by-election on Thursday. The results added further pressure on Prime Minister Boris Johnson, who is now facing demands for a complete change of his leadership style to avoid being ousted. Labour peer Jenny Chapman was challenged to explain how her party is still struggling to snatch a win despite the current state of the governing party.

BBC Breakfast host Chris Mason said: “Given the chaos, as you describe, and fruitier words have been used, even by people within the Conservative party, and there’s no doubt they’ve had an incredibly bumpy few weeks…

“Given all that, why on earth aren’t you further ahead? I know you’ll point to some opinion polls that show that Labour has made progress, but it was the Liberal Democrats winning that by-election the other day. And should you not be making more progress?”

Baroness Chapman said: “We do want to make more progress. We’re not satisfied with where we are.

“But even our harshest critics can’t deny the progress we’ve made as a party over the last two years, with a new leader and a new team.

“I think we’re getting there. I don’t think any serious political commentator, especially one such as yourself, would be asking me why didn’t the Labour Party win North Shropshire? That’s not really a credible question.”

But Mr Mason hit back: “Why is it not a credible question?

“If you’re a credible inspiring governing party, which you are, I grant you this is a seat that’s been held by the Conservatives for 200 years, but the Liberal Democrats managed to break that. So why shouldn’t you?

“Are you accepting there are parts of the country that are no-go areas?”