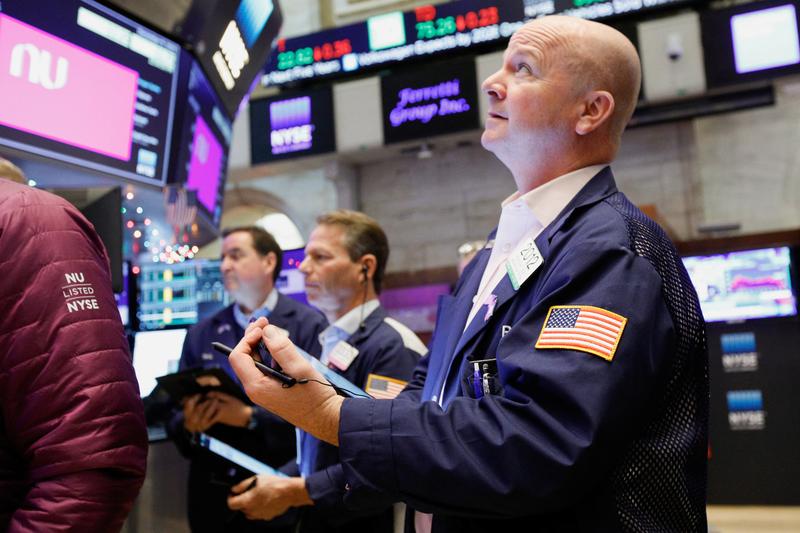 The European Union became a major borrower and sold debt worth 140 billion euros, Britain and Italy joined the fast-growing green bond market and junk debt had a stellar year.

Ten-year Treasury yields are up around 50 basis points, set for their biggest annual rise in absolute terms since 2013.

At 1.42%, 10-year yields appear at relatively modest levels given inflation has reached almost four-decade highs near 7%.

But with the Federal Reserve accelerating likely policy tightening in 2022, yields are forecast to push above 2% next year.

Italy’s bond yields are poised to end 2021 with their second biggest annual rise since the 2011 euro debt crisis, as the European Central Bank dials back its bond-buying stimulus.

Ten-year borrowing costs are up around 40 bps this year to 0.95%, not quite as stark as the 78 bps jump in 2018 when markets worried about Italy’s commitment to the euro.

Germany’s 10-year Bund yield is up just 20 bps this year, highlighting a divergence between euro area and U.S. monetary policy as well as Omicron-triggered uncertainty.

(Graphic: Negative returns for most major bond markets in 2021, )

Australia’s central bank in November abandoned an ultra-low target for bond yields in a policy known as yield curve control, a step towards unwinding pandemic-era stimulus.

Expectations for tighter policy have pushed up three-year bond yields 82 bps this year to 0.92%, which would mark the biggest annual rise in 12 years.

In Britain, where the Bank of England this month delivered a surprise rate hike, two-year bond yields have seen the biggest annual jump since 2006.

The European Union completed its transformation into a major borrower after it began issuing bonds to finance a post-pandemic recovery fund, worth up to 800 billion euros ($902 billion).

The EU has raised 91 billion euros in bonds and bills for the fund this year, after raising another 50 billion euros for the SURE unemployment scheme it started funding last year.

Green bond issuance is set for yet another record year, roughly doubling from last year to nearly $500 billion, according to Refinitiv data.

Britain, Italy, Spain and the EU issued green bonds for the first time.

Increased green bond issuance has eased scarcity, shrinking the “greenium” investors have to pay to get hold of corporate green bonds.

Issuance of sustainability-linked bonds, linked to company-wide goals rather than specific projects, surged 11-fold to $91 billion, according to Refinitiv.

With inflation surging, investors have piled into inflation-linked bonds for protection.

Such bonds were the second best performer in fixed income markets this year, according to BofA indexes.

Key market gauges of longer-term inflation expectations have also jumped, including in the euro area and in Britain.

The lowest-rated junk bonds, at Triple C and below, are set to return nearly 10% in both the U.S. and the euro markets, BofA indexes show, as investors snapped up assets offering any real return while inflation runs hot.

In contrast was Asia, where property firm Evergrande’s woes battered Chinese high-yield bonds. The dollar-denominated market is headed for a 30% loss this year, according to BofA.