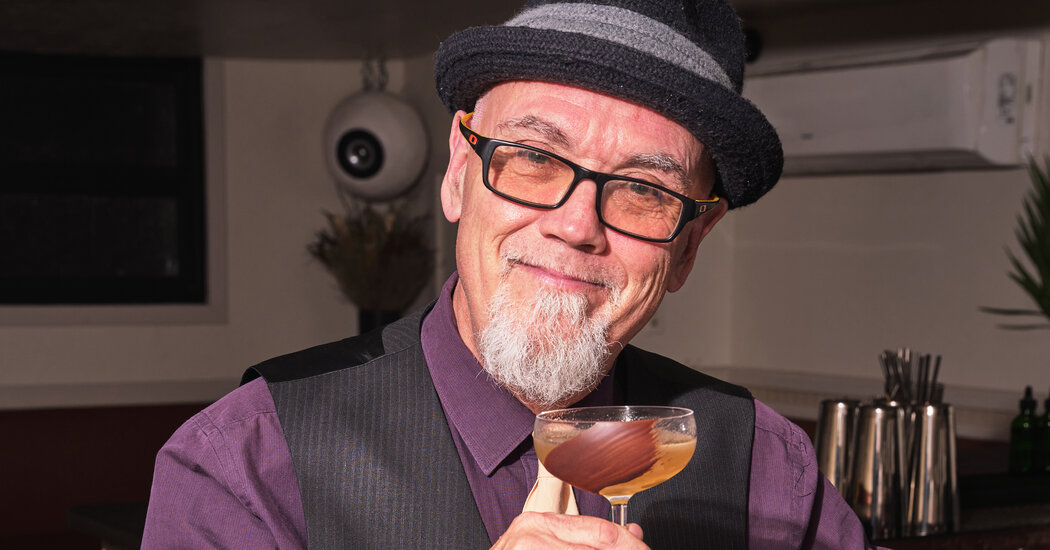 The bartender and musician known as Brother Cleve is one of the partners behind Lullaby, a new cocktail bar on the Lower East Side.

Lullaby will be Brother Cleve’s first bar venture outside of Boston. Credit…Adam Friedlander for The New York Times

Harrison Snow began bartending at age 18, in Providence, R.I. Nearly three years later, in 2020, he was behind the bar at the Paris Seaport Bar & Creperie in Boston. That job proved a stroke of luck, because the restaurant’s cocktail menu was supervised by a man ever-dressed in retro sport shirts and porkpie hats who was known throughout the city as Brother Cleve. A musician and D.J. of local renown, he was the acknowledged godfather of the city’s cocktail scene.

Brother Cleve hadn’t hired Mr. Snow, but he liked what he saw. “I was impressed by his knowledge of contemporary techniques and spirits, but also classic cocktails,” he said. “I saw a lot of myself in him.”

Mr. Snow was impressed, too. So when he and his business partner, Jake Hodas, decided to open their own bar, Lullaby, on the Lower East Side of Manhattan, he knew he had to get Brother Cleve involved.

“He is the image of our cocktail concept — what we’re trying to do with style of service, our culture, our music, our ambience,” Mr. Snow said. “Brother Cleve embodied all of that.” Brother Cleve — who at 66 is a few generations ahead of Mr. Snow, 23, and Mr. Hodas, 24 — signed on as a partner.

Lullaby, scheduled to open Feb. 1, will give Brother Cleve his first bar job outside Boston. He will tend bar at least once a month, and D.J. as well.

His unusual nickname was taken partly from his involvement with the Church of the SubGenius, a parody religion founded in Dallas in the 1970s, and partly from an on-air personality he adopted as a radio host in Boston. In the 1980s, he began crossing the nation as a keyboardist with various bands, most notably Combustible Edison and the Del Fuegos. He ordered cocktails at every diner, restaurant, bar or club, and over the years, drink by drink, he became an expert.

By the mid-1990s, his cocktail acumen was on par with his musical bona fides. A Boston Globe article published in 1999 called him “the only D.J. in town who can mix music and a martini simultaneously.” In 1998, he was drafted to help open the B-Side Lounge in Cambridge, which would help usher in the city’s cocktail revival. He’s been a Boston bar fixture ever since.

Lullaby is an amalgam of the three partners’ various passions. Mr. Snow, like Brother Cleve, is a cocktail geek, while Mr. Hodas is fond of dive bars. That made the basement space at 151 Rivington Street a perfect fit. It was once a dive, simply called 151 Rivington, and most recently housed the cocktail den Nitecap, which closed in 2020. 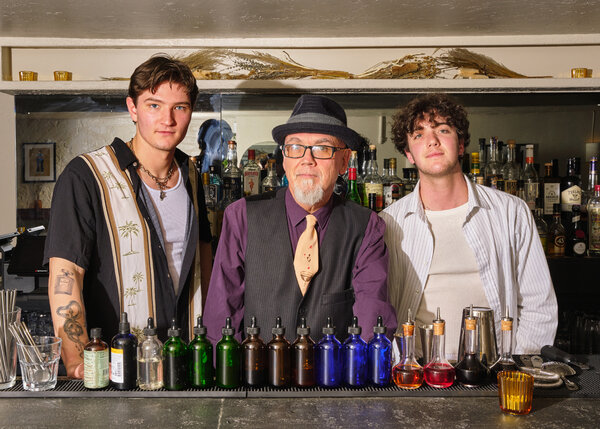 The menu, created by Brother Cleve and Mr. Snow, will be a mix of the sophisticated and the casual. There will be an alcoholic version of the soft-serve Dole Whip dessert served at Walt Disney parks, as well as Spanish vermouth on tap and longnecks of Lone Star beer. The cocktails (most cost $15) will have functional names, like the Rum Drink and the Whiskey Drink, that belie their complex makeup. (The Whiskey Drink includes whiskey, oloroso sherry, mascarpone cheese, parsley, lime and agave syrup.)

The bar’s gentle name is partly a homage to Nitecap. “It’s got these connotations of ease,” Mr. Hodas said. Brother Cleve elaborated on that idea, connecting it to 151 Rivington, a name that also evokes a powerful style of overproof rum.

“Lullaby following Nitecap, which is your final drink of the night,” he said. “Before that, if you’re drinking 151, you’ll just pass out at the bar.”