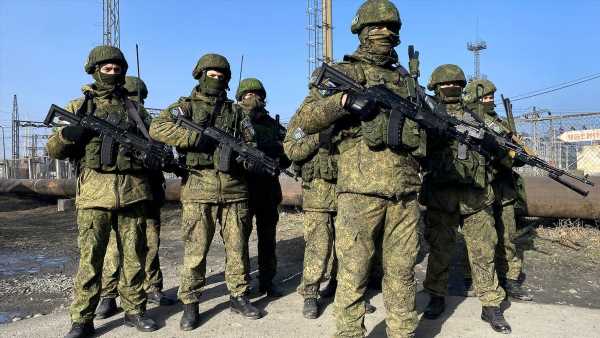 Three nights ago, I stood on my balcony for 20 minutes with my 13-year-old son, wearing a pair of slippers and a ski jacket over my pyjamas.

The temperature was sub-zero, but we needed to be out there so he could listen to our neighbourhood dogs barking and hear the hum of the heating furnaces next door.

My son’s ears, and mine, were listening for sounds of bullets and bombs from downtown.

During the 20 minutes outside, we didn’t hear any, and my son was finally able to go to bed and sleep afterwards, finally believing me when I told him that we are safe where we are as long as we stay at home.

Since then, he has essentially become nocturnal – staying awake most nights listening for gunfire or bombs, and sleeping in until the mid-afternoon most days unless we wake him up earlier.

We are in Almaty, Kazakhstan, where things are very different from how they were last week when we were out at a friend’s celebrating New Year’s Eve and watching the fireworks from their backyard.

The fireworks in Kazakhstan are of an altogether more dangerous kind now.

Beheadings in the main city square

Our beautiful Central Asian city no longer feels like Europe as it used to. The café-culture we loved has gone, and might not be back for a long time. Long, leisurely brunches in cozy cafes are most likely not going to be a feature of city weekends here for a while.

What started as a protest against the doubling of LPG prices in a remote town became an uprising against the government all over the country, followed by looting, shooting, attacks on the police, beheadings in the main city square, and a shoot-to-kill order issued by the president to stop the rioters.

The Russians have arrived as a peacekeeping force to try to bring back and maintain law and order.

I am no stranger to political and social upheaval. I have been through this kind of thing before.

I lived in Cambodia in the 1990s during the coup d’état that overthrew the government. I was living in Hong Kong when people started rising up against the government three years ago. But this is different.

The level of anger and violence is much higher. In Cambodia, the opposing sides had a lunch break every day, before returning to their positions to shoot over each other’s heads. In Hong Kong, the protesters faced the police with yellow umbrellas and used bottles of water to pour over teargas canisters, and the police responded with teargas, not with semi-automatic weapons.

President vows to be 'as tough as possible'

Here, protesters took over the Town Hall and burnt it down. They also took the airport, and although it was retaken by the authorities afterwards, it still hasn’t reopened for commercial flights, so there is still no way to fly out of here.

Police and army personnel have been dragged from their vehicles, stripped naked in the sub-zero temperatures and thrown onto the snowy ground, kicked and beaten, or shot to death. The military is fighting back with gunfire and tanks, and the president has said he will be “as tough as possible” to stop the disorder.

Neighbouring countries, such as Russia, have sent in reinforcements and there are frequent announcements over the city sirens about “clearance operations” about to take place. A curfewis in place and we’ve all been warned to stay home.

The army has been given the right to shoot people on sight.

We can’t make phone calls out of the country, and our SMS messages are not being sent.

'I don't know what's happening one street from us'

The internet has been off for four days, except for a small window of time on the first night when my son was somehow awake and watching YouTube and Twitter videos of the violence – which is what got him so scared and led to us standing out on the balcony in the cold.

Twenty years ago, a lack of Internet wouldn’t have been a problem – we would have just gotten on with our lives. But jokes about internet addiction aside, it is very hard to do anything these days without the internet.

I don’t know what is happening one street over from us, whether it’s safe to walk to my neighbourhood shop to buy anything left on the rapidly emptying shelves, what clothes I’ll need to wear outside (It can be deadly not to have a weather forecast in a country like Kazakhstan, where the temperatures can suddenly drop to minus 20 or colder).

Even if the airport was open, I couldn’t book a ticket. I don’t know if I need a visa to get across the border to neighbouring Kyrgyzstan if we need to escape – and I have no way of booking a car to take us there anyway. I can’t just Google the phone number of a driver and, even if I did find a number to call, I can’t send the driver English WhatsApp messages and he can’t translate them into Russian.

'Our bags are packed although there's nowhere to run'

Our TV needs internet, and there are no English radio stations we can listen to for news, although that hasn’t stopped me trying to tune our dusty old radio cassette player to any shortwave stations I can find. I was hoping for the BBC, as people did during World War II. Instead, I got Chinese channels playing Mandopop.

All lines of communication and information have been cut.

We have no idea what is going on and we have no way out of here. We are stuck.

But we are lucky. We are safe where we are for now, up a hill on the outskirts of town. We have rice and drinking water to last a while, as well as tinned food we don’t need to cook.

We still have gas and electricity to cook that rice with. Our heating is still working. My husband and son are able to play video games as a distraction and I’ve been baking bread and reading.

We will get through this as long as it doesn’t escalate too much or last too long.

We keep the lights off at night and the curtains shut. We don’t let our phones drop below 90 per cent charge. The door is triple-locked, the first time we have ever used the extra locks.

We have a bag packed just in case we need to make a run for it, even though there is currently nowhere to go.

I’ve been living overseas for about 27 years now – a flying Kiwi. But this is the first time anyone from the New Zealand Embassy has called me on the phone to check where we are and whether we are okay.

Apparently, there are only six people registered with the NZ embassy as living in Kazakhstan (and three of those people are in my house).

The embassy is in Moscow, Russia, so there’s not a lot they can do to help. But still, it was nice of them to call.

No way of knowing how this will end

I go out on to my balcony multiple times a day, and at night, just to listen and wonder what is happening on the other side of town. It’s reassuring to hear no gunfire or distant booms.

I don’t know how this is going to end, but I’m not hopeful it will be soon or without a lot more blood being shed.

The Russian army is here and the official line is that they have regained control. But we are yet to find out what that is going to look like over the coming weeks, and what will happen if/when the Russians withdraw.

I doubt I’ll be back to skiing on our local mountain, dining out in the fabulous Almaty restaurants, or taking trips to see any more of this incredibly beautiful country. I think the Kazakhstan I knew and loved has gone, for at least a while.

I was privileged to have been able to do these things these past two years. Most locals were never so fortunate.

I am hoping soon we will no longer be living in “interesting times”. A bit of “boring” would be just the ticket right now, for all the world.

• Kylie Horsfall is a New Zealander and teacher, currently living in Almaty, Kazakhstan.