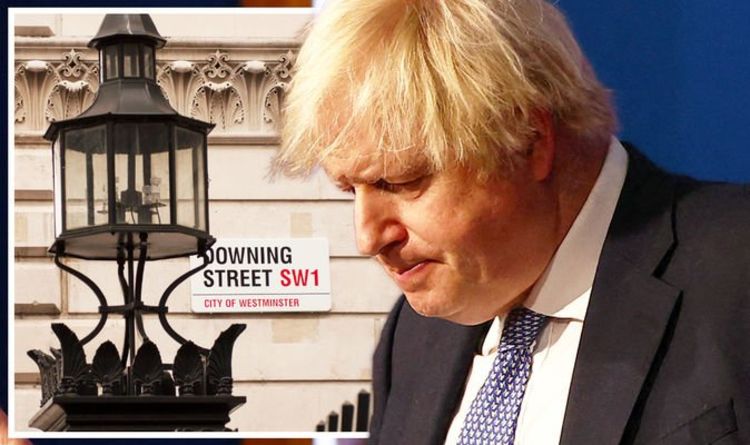 Fresh claims of two parties held in Downing Street the night before the Queen sat alone at the Duke of Edinburgh’s funeral have now been added to the list of alleged Government events which breached Covid rules during the pandemic. The Prime Minister had already admitted earlier this week to attending an illegal gathering during the first nationwide lockdown. So, how many allegations are we aware of to this point?

Advisers and civil servants have now been discovered to have gathered after work for two separate events last year on April 16.

The events were held to mark the departure of James Slack – Boris Johnson’s former director of communications – and one of the PM’s personal photographers.

Both parties were separate, with one upstairs and another in the basement, but these later merged and staff are reported to have partied late into the night.

The following day the Queen attended her husband Prince Phillip’s funeral where due to social distancing regulations she was forced to sit alone during the service.

At the time of the two alleged parties in April, England was in step two of the Government’s road map out of lockdown, which limited socialising to groups of six people or two households outdoors.

Last December footage was released by ITV News that showed Mr Johnson’s aides appearing to admit to a party taking place – which would have breached Covid measures in place – during the Christmas holidays in 2020.

The alleged gathering is reported to have occurred on December 18, 2020, while millions of people across the UK were forced to avoid socialising due to Covid restrictions.

As a result many families were unable to reunite and spend the festive season together.

London, at that point in time, was also under Tier three restrictions which clearly stated: “No person may participate in a gathering in the Tier 3 area which consists of two or more people, and takes place in any indoor space.”

When Gavin Williamson was education secretary, in December 2020, he is accused of throwing a party for his staff, in his Whitehall department.

At that point, London was in Tier two which only allowed for social gatherings of up to six people outside.

Although large events – including sporting fixtures – were able to take place at the time they could only operate at 50 percent capacity to spectators.

Three days after the alleged party took place, Premier League fixtures at Arsenal, Crystal Palace and Fulham all went ahead with reduced numbers of fans to comply with Covid measures.

Susan Acland-Hood, the most senior civil servant in the department attended the event and revealed that a “work related” gathering did take place, and was hosted in the canteen.

Ms Acland-Hood levelled blame at Mr Williamson for arranging the event and did not dispute that wine was drunk during the evening.

A leaving event was allegedly organised for a former aide of the Prime Minister’s Chief Adviser Dominic Cummings – thought to be Cleo Watson – whilst England was still in the middle of its second national lockdown.

During the lockdown people were prohibited from socialising in groups from different households and instructed to work from home – bar key workers.

Earlier in the month, subdued Remembrance Day celebrations took place across the country, with many left unable to attend and pay their respects.

In fact, the traditional annual service at the Cenotaph went ahead without members of the public for the first time in its century-long history.

The party reportedly occurred as a celebration of the Chancellor, Rishi Sunak’s spending review.

Two dozen people are thought to have attended and spent the evening drinking wine and beer in the Treasury offices.

According to a Treasury spokesman, Mr Sunak was not at the event and nor was he aware of the party at the time.

Traditionally, November is characterised with vibrant displays to mark Guy Fawkes night, however like many events throughout the pandemic the celebrations were ultimately cancelled.

During Wednesday’s session of Prime Minister’s Questions (PMQs), Mr Johnson acknowledged his attendance at a gathering on May 20, 2020.

He said he remained there for about 25 minutes, so that he could “thank groups of staff” for their hard work.

The PM said he “believed implicitly that this was a work event” in the Downing Street garden but added “with hindsight, I should have sent everyone back inside”.

Regardless of his apology Mr Johnson has since faced calls to resign from all across the political spectrum, including from four senior Tory MPs.

At the time the party is alleged to have taken place the UK had been in lockdown for 58 days and amongst other restrictions the public were prevented from visiting dying relatives in hospitals.

Express.co.uk contacted Downing Street to ask why staff thought the rules didn’t apply to them and whether the PM will be standing down over the scandal, but a spokesperson declined to comment while Sue Gray’s investigation is ongoing.