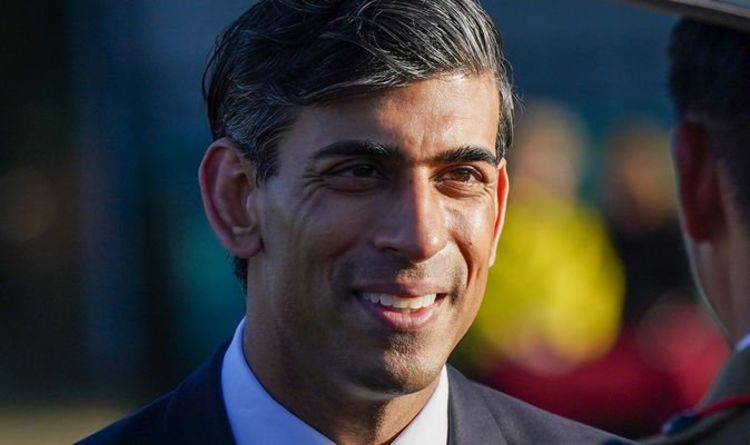 Political commentator Dominique Samuels discussed calls for Prime Minister Boris Johnson to resign and claimed Rishi Sunak is reading for a chance to take over Mr Johnson’s place. The Prime Minister has been slammed by some of his own Tory party MPs as well as members of the British public for alleged lockdown parties held at Downing Street. Ms Samuels said the Chancellor “wants the Prime Minister out clearly” in order to take his place after he appeared to distance himself from the partying allegations rocking the Conservative Party.

Ms Samuels said: “Additionally you could say the Prime Minister wasn’t there, he didn’t know what was going on.

“And it makes him look unfit for the job, and look I’ve been sceptical of calls for him to resign but this especially is extremely hard to defend at this point.

“You know it could be the final nail in the coffin, especially with Rishi Sunak waiting in the wings.

Ms Samuels added: “And what I found interesting yesterday when I was looking at his Tweet.

“Liz Truss basically said I support the Prime Minister a hundred percent, you know, regardless of the outcome of the inquiry.

“Whereas Rishi was very careful to say, I’ve been prioritising your needs by meeting with this, that, and other MPs.

Ms Samuels added: “And I support the outcome… patience with the inquiry.

“He wants the Prime Minister out clearly, and I’m suspicious of him for that though.

“Because it seems he’s prioritising his own career, and everyone hates a career politician.”

Chancellor Rishi Sunak Tweeted: “I’ve been on a visit all day today continuing work on our #PlanForJobs as well as meeting MPs to discuss the energy situation. The PM was right to apologise and I support his request for patience while Sue Gray carries out her inquiry.”

Liz Truss amongst other Tory MPs like the Home Secretary has stayed loyal to the Prime Minister offering their full support to him at this time, as the investigation on the lockdown rule breaks gets underway by civil servant Sue Gray.

Ms Patel said:  “Team, today the Prime Minister has given his heartfelt apologies and taken responsibility for what has happened.

“Thanks to Boris’ majority, the work of this Government is so extensive, we continue to bring forward some of the biggest reforms in decades to Level Up – to the NHS, asylum system, housing & more.

“Now is the time to put our shoulders to the wheel & back Boris to deliver on the People’s Priorities.”