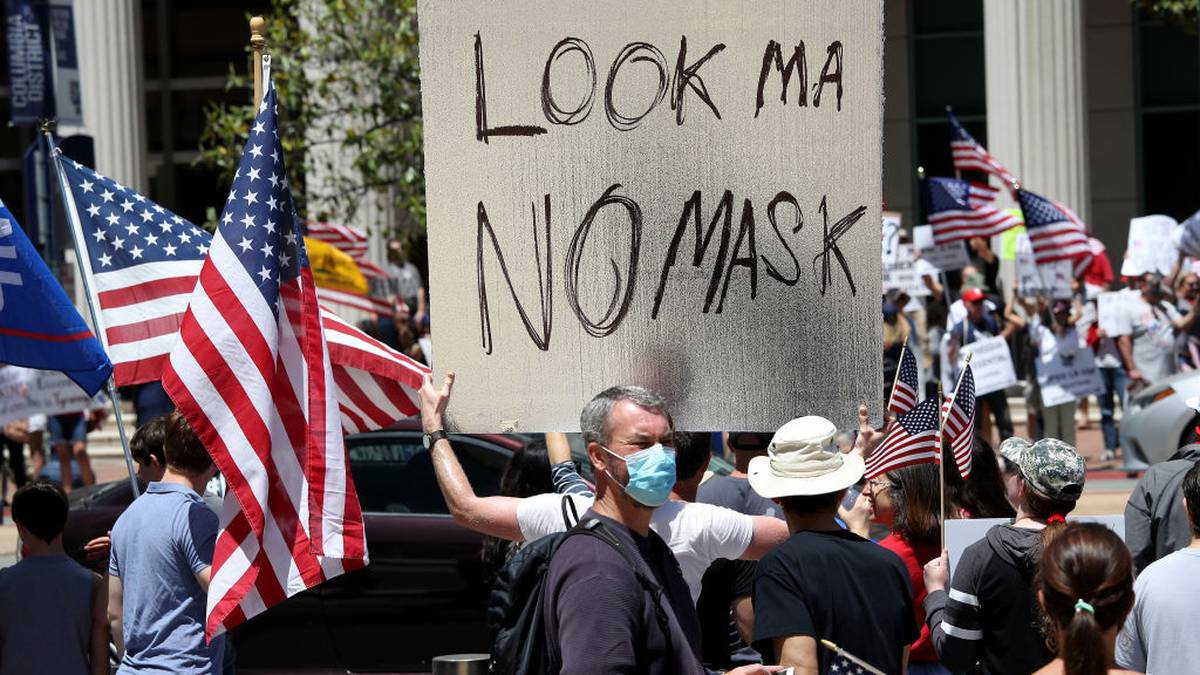 One of America’s top pharmaceutical executives has warned that a growing climate of anti-intellectualism is blighting the global response to Covid-19, and questioned whether policymakers are capable of preparing the public for the next pandemic.

David Ricks, chief executive of Eli Lilly, said this was especially true in the Anglo-Saxon world where scepticism about expertise had become a driving force behind vaccine hesitancy and a failure to implement proper controls to tame the pandemic, including mask wearing.

“All this vaccine hesitancy, climate hesitancy you know, it’s all anti-intellectualism, really, anti-expertise. And in a world filled with too much information and people not equipped to digest it, maybe that’s where we land. I don’t know. I mean, it’s kind of sad,” he said.

“We have the tools and the technology to pretty much make this [Covid] a liveable, everyday condition right now. We’re just not using them,” said Ricks, adding that a failure to do so would prolong the massive disruption to society for years, even decades to come.

More than 840,000 Americans have died of Covid, which is by far the highest death toll of any nation, even though US pharmaceutical companies have been at the forefront of developing effective vaccines and treatments. Just 63 per cent of the US population is fully vaccinated due to hesitancy among the public about Covid jabs.

Ricks said governments in many developed nations had bungled their response to the pandemic and a lack of co-operation between rich and low-income countries had left everyone vulnerable to the emergence of new coronavirus variants. The rapid spread of the Omicron variant continued to expose big gaps in US policy two years after the crisis began, which does not build confidence in policymakers’ ability to tackle future pandemics, he added.

“It is still remarkable how poorly prepared we seem to be even for these variants . . . Here in the US we don’t have tests, we don’t have masks, and we’re back to sort of square one,” Ricks told the Financial Times in an interview.

“It really makes me worry . . . about what we can do to make the next major viral pathogen less severe. Whether we have the ability or wherewithal to take measures now to prepare better — part of that affects medicines and vaccines — but part of that is just other things and we are not leaving this one [pandemic] in a good place.”

He said only a handful of developed nations, such as Taiwan and New Zealand, had handled the pandemic well by taking a disciplined approach to controls — a success he attributed to an island mentality and ability to more easily shut national borders.

In contrast, the most resilient component of society during the pandemic so far was business, which had avoided mass lay-offs and achieved record financial performances, said Ricks, who is also chair of the board of the Pharmaceutical Research and Manufacturers of America.

Ricks said he was proud of the way Eli Lilly, which has a market capitalisation of $241bn, had pivoted to fight the pandemic by developing monoclonal antibodies and an anti-inflammatory drug to treat Covid.

“Here we probably account for tens of thousands of lives saved globally and I’m super proud of that,” he said.

Ricks defended the pharmaceutical industry against criticism that it had not done enough to provide vaccines and other treatments to developing nations, a failure that experts say increases the risk of new coronavirus variants emerging.

“Critics of the industry immediately go to pricing and patenting. But I can assure you [there is] lots of evidence that that has nothing to do with the problems that are being experienced on the ground,” he said. “Even in cases where we’ve donated massive amounts of product, in cases where we’ve waived or licensed at no cost patents, the problem doesn’t get fixed.”

Ricks said healthcare systems in low-income nations are often not well-developed and companies should do more to enable the distribution of vaccines and treatments.

But industry was just “one leg of the relay” and it needed non-profits, local and regional governments and global leaders such as the US, UK and France to lean on national governments to do the right thing for their populations, he said.

“Which as it turns out is the right thing for our populations because these viruses mutate the more they are out there,” added Ricks.