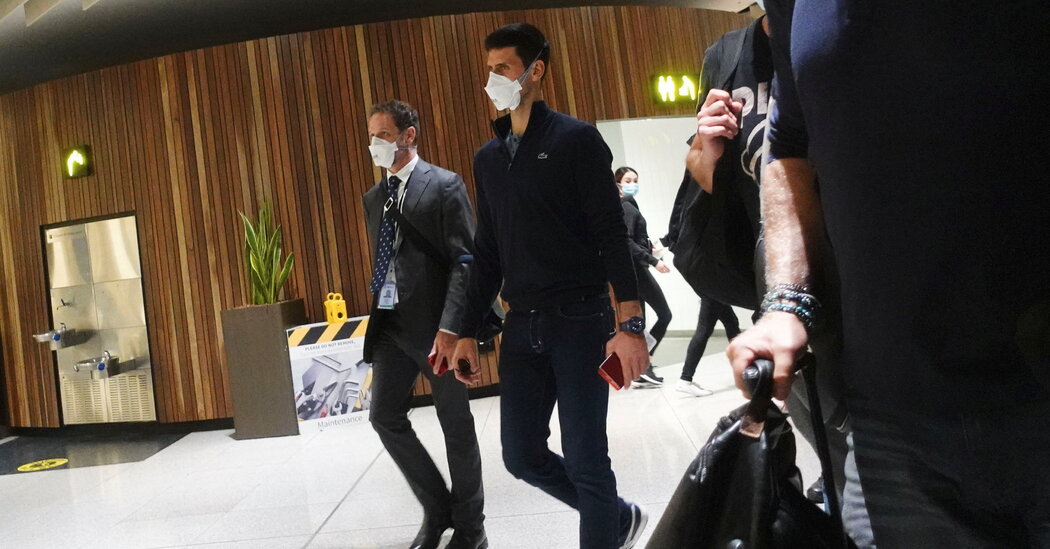 Three readers applaud Australia’s decision to deport the tennis player over his refusal to get the Covid vaccine. 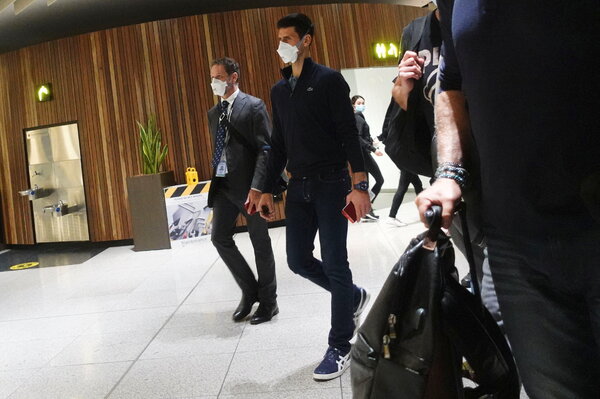 Re “Novak Djokovic Leaves Australia After Losing His Bid to Stay” (nytimes.com, Jan. 16):

I applaud the Australian government’s decision to not let Novak Djokovic play in the Australian Open because of his unvaccinated status. Djokovic, the N.F.L. quarterback Aaron Rodgers and the N.B.A. star Kyrie Irving all suffer from the same syndrome. They believe they are independent thinkers and have a feeling of entitlement.

Independent thinking loses its credibility when you have no scientific training in infectious diseases and your thoughts are at odds with the top scientists in the world. Combined with entitlement, it allows you to ignore the danger that you pose to yourself, your teammates and the most vulnerable people in society.

The N.B.A. and the N.F.L. should value the health of Americans over making more money. They should follow Australia’s lead and not allow unvaccinated players to play.

Why has the media spent so much time and effort covering the vaccination status of Novak Djokovic?

Djokovic is a famous tennis player who is acting like a spoiled brat. He wants us to believe that he is a victim. He’s not. He simply feels too entitled to take the steps necessary to pursue his trade — in this case, get a couple of vaccine shots.

Should Australia waive its vaccine rules, designed to protect its people from a Covid pandemic, just so a tennis player can compete in a tournament? Of course not.

Do people directing newsrooms think this situation illustrates some larger truth? I suppose it could well — an unfortunate societal infatuation with the inflated importance of fame.

Well done, Australia, denying Novak Djokovic a visa. It’s about time that one of those anti-vaxxers experienced some consequences from irresponsible behavior. Nice to see people in positions of responsibility within your government and news media acting like adults, as well as a sane public response. Wish we had more of that in my country.