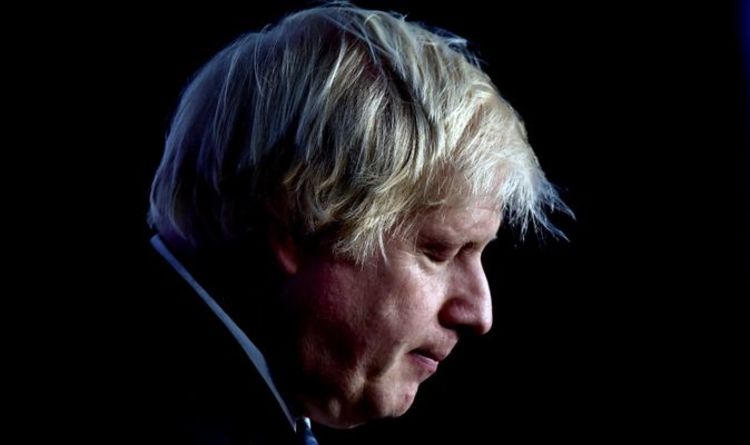 The Birmingham Erdington seat, formerly of the late Jack Dromey, looks set to remain Labour with Boris in freefall and struggling to win over voters. In the last election, Harriet Harman’s Labour MP husband enjoyed a 3,500 vote advantage over the Conservatives, something that is unlikely to change as the party remains in the grip of the ‘party gate’ scandal.

Writing in the Telegraph, life peer Norman Tebbit said that Boris could face a tough time in future by-elections if an ongoing investigation into Downing Street drinks events comes back unfavourable for the PM.

He writes: “The fate of Prime Minister Johnson may now be in the hands of Sue Gray, the tough Ulsterwoman civil servant charged with investigating the parties at No 10.

“At present, It would not take much more to bring the Prime Minister down.

“Boris Johnson is at least spared, for the time being, the hazards of by-elections.

“Whilst there are two pending — that at Southend West where the sitting Member Sir David Amess was murdered last October — is set for 3 February, but it will tell us nothing about public opinion on Boris Johnston as, out of respect for Sir David, neither Labour nor the Liberal Democrats are fielding candidates.”

Lord Tebbit added:  “The other by-election at Birmingham Erdington arose from the death of Labour’s Jack Dromey (the husband of Harriet Harman MP) who had a majority of 3,500 over the Tories with the Lib Dems, and would probably be an easy win for Labour in any event.”

Both the Liberal Democrats and Labour pushed the idea of Conservative voters being taken for granted, pointing to “levelling-up” money going to formerly rock-solid Labour “red wall” areas in the Midlands and northern England, rather than North Shropshire.

The risk for the Conservatives is that the same sense generated in this by-election is replicated in other Tory heartlands.

When Mr Johnson won a landslide in the 2019 general election, he ripped up the old electoral map and charged into Labour areas.

The challenge he has now is how to keep all those voters on side – finding an approach that speaks to newly won Tories in the Midlands and North without alienating traditional voters elsewhere.

It was only in May that the Tories swept Labour aside in a by-election in Hartlepool.

In July there was talk of them winning in Batley and Spen, in West Yorkshire, before Labour managed a narrow hold.

Yet now, the reputation of the Prime Minister lies on the results of the Sue Gray enquiry.

Already, multiple members of parliament from across benches have called for the Prime Minister to resign following the Downing Street party scandal.

Support for Johnson continues to haemorrhage away over the next 24 to 48 hours.

Tory MPs are reported to be in despair as their party nosedives further in the polls and constituents flood their inboxes with furious emails.

More Conservative MPs have called for Mr Johnson to step down.

However, multiple senior MP’s back the Prime Minister, irrespective of the findings of the Gray report.

Despite around 20 letters of no confidence in the PM’s leadership being submitted by Tory MPs, Nadhim Zahawi said he has “every confidence” that Mr Johnson will remain in his position.

Mr Zahawi said people should wait for that investigation to conclude before people condemn the prime minister.

He told ITV News: “He’s human, he makes mistakes and when he makes a mistake he came and apologised to Parliament and I think it’s only right that we wait for the investigation.”

Mr Zahawi said there are “no plans to sack people in Number 10 or elsewhere” but added that people will be “held to account” if the investigation finds laws have been broken.

But Mr Zahawi said “big calls” made by the prime minister, such as Brexit and the vaccine rollout, will mean he remains in post because he got them “right”.