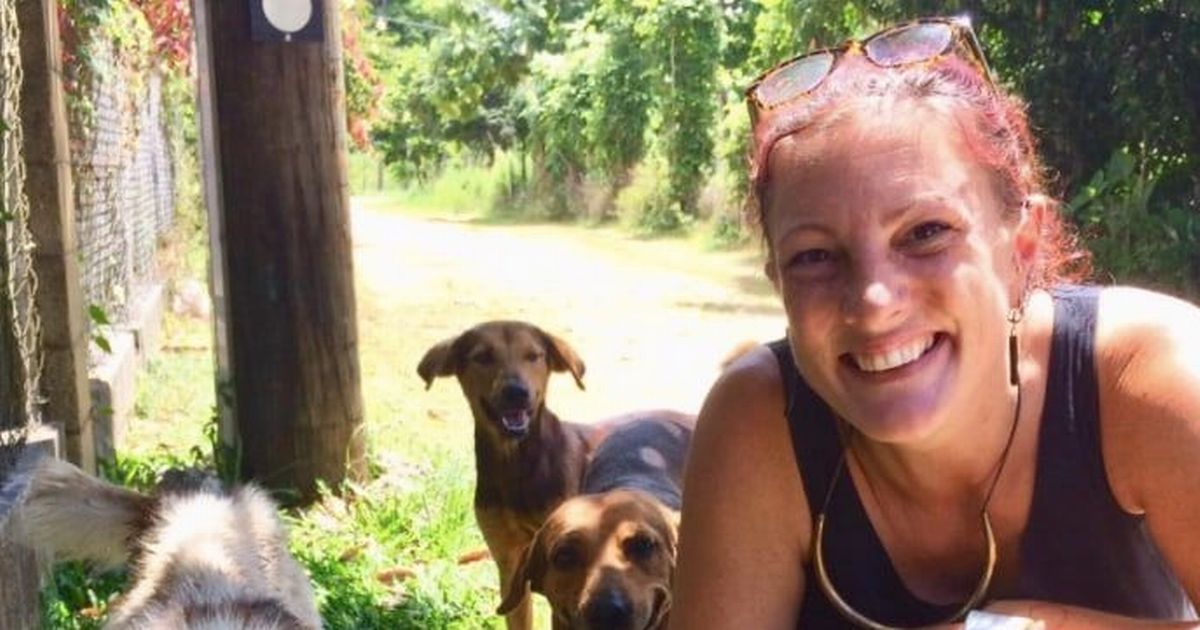 Anxious relatives of a British woman who was last seen clinging to floating debris following the Tonga tsunami are begging for information after she was reported missing.

Angela Glover, 50, was separated from her husband James when a wall of water poured through their coastal home during to the natural disaster which struck the island in the South Pacific.

The disaster struck after a violent underwater volcanic eruption in the Pacific ocean on January 15.

Posts from the former TV producer, who is said to have moved London to Veitongo five years ago, sparked some confusion about her fate after she posted a sunset pic online.

In the caption, she wrote: “This is the sunset today after the volcano exploded last night.

However, she has since been declared missing after she was last seen clinging to floating debris.

Her family have issued an urgent appeal for information on her whereabouts.

Her brother Nick Eleini, who lives in Sydney, Australia, posted on Facebook: “URGENT URGENT!! If anyone has Angela’s address please can you DM me or phone me.”

Speaking to the Guardian he added: "Angela and her husband, James, got washed away.

"James was able to cling on to a tree for quite a long time, but Angela was unable to do so.”

Speaking later to the BBC, he said that she still had not been located and he is flying home to be with their mother in Hove in East Sussex.

On social media, one person claiming Angela and James were his aunt and uncle, adding that the couple had gone home to get their dogs when the wave hit.

Another person said she had spent Sunday morning with Angela's mother, who had received a phone call in the early hours from James to say her daughter was missing.

She added: "We are hoping and praying that amongst the devastation she is found."

The Foreign Office confirmed yesterday that they are helping a number of Brits following the horrific natural disaster.