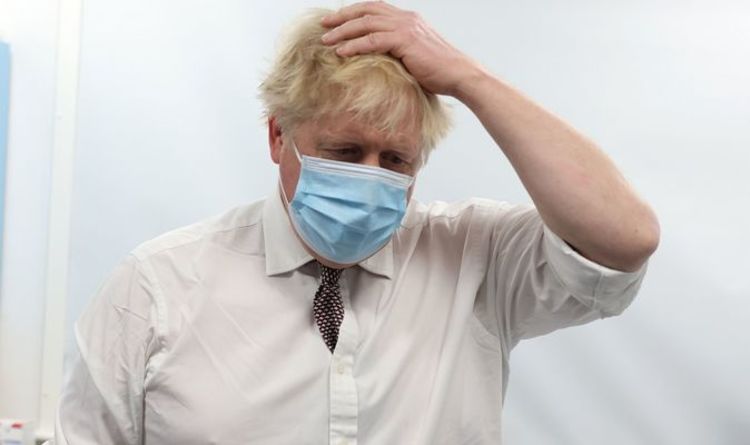 Boris Johnson is in 'quite a lot of trouble' says MP

The Prime Minister has been coming under increasing pressure after a series of damaging accusations about parties that broke Covid regulations were leaked to the press. His reputation was further wounded when he was forced to apologise in the Commons after admitting to attending one of the parties, although he insisted it was a “work meeting” and technically within the rules.

Now according to new data, sentiment towards the Prime Minister has plunged dramatically in wake of the “partygate” scandal.

The term “vote of no confidence” has soared on search engines by 300 percent since October when the first scandals came to light.

The research by digital intelligence platform Similarweb also found traffic to the Conservative Party’s online donations is down by 50 percent.

In comparison, the Labour Party is up 100 percent since November last year.

In the wake of the ongoing scandals, several Tory MPs have turned their backs on the Prime Minister.

During the PMQ’s today (Wednesday 19), Conservative MP David Davis told Boris Johnson to resign “in the name of God”.

The Tory MP and former Brexit secretary told Mr Johnson he has “sat there for too long”, urging him to go “in the name of God”.

Speaking in Parliament, Mr Davis claimed: “I expect my leaders to shoulder the responsibility for the actions they take.

“Yesterday he did the opposite of that.

“I will remind him of a quotation from Leo Amery to Neville Chamberlain in 1940: ‘You have sat there too long for the good you are doing… in the name of god, go.'”

DON’T MISS
Boris has to deliver his very best today – and HE DID – COMMENT [COMMENT]
Widdecombe savages Conservative rebels ‘Remarkably short-sighted!’ [REVEAL]
‘She has no credibility’ Priti Patel urged to RESIGN [INSIGHT]

The Prime Minister replied to Mr Davis’s comment by saying he is unsure of which quotation he refers to, adding he must wait for the Sue Gray inquiry.

He said: “I must say to him, I don’t know what he is talking about.

“What I can tell him — I don’t know what quotation he is alluding to — what I can tell him is and I think have told this house repeatedly, I take full responsibility for everything done in this Government and throughout the pandemic.”

“Over the past few days, we’ve had more damaging revelations about Downing Street rule-breaking, more evidence that parliament has been misled and an even longer list of ludicrous, absolutely ludicrous, excuses from the prime minister.

A poll published by Savanta ComRes over the weekend gave Labour their biggest lead over the Conservatives for almost 10 years.

The survey of 2,151 adults on Thursday and Friday put Labour on 42 percent, with the Tories on 32 percent.

The last time such a huge margin was registered was in 2013.