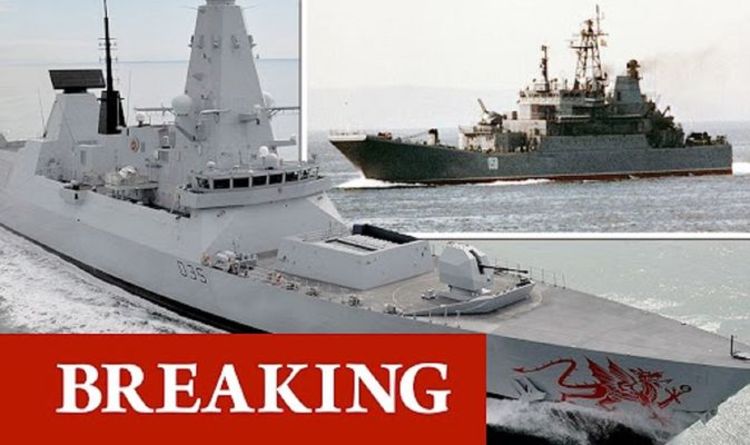 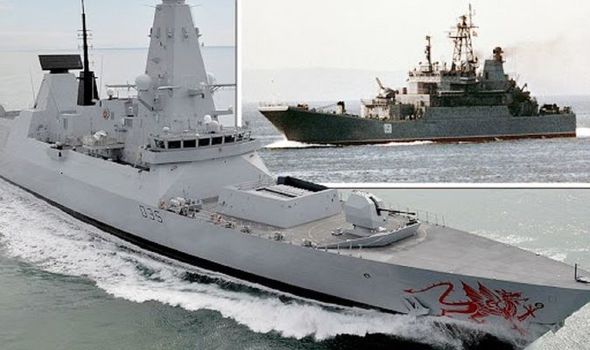 According to AIS data from marinetraffic.com, five Ropucha-class landing ships and one Iavan Gren-class landing ship have been dispatached from Russia’s Baltic fleet. It is believed the ships are en route towards the English Channel.

Marineschepen reported the “supervision was then taken over by Belgian and British naval vessels”.

Three Ropucha-class ships were spotted moving through the Straits of Denmark on Monday.

On Tuesday, an additional two Ropucha-class ships and the Ivan Gren-class ship also made the transit, according to UK Defence Journal.

According to Armchair Admiral, the French Navy is also shadowing Russian vessels alongside the Royal Navy’s HMS Dragon.

This comes after Defence Secretary Ben Wallace announced the UK will supply defensive weapon systems to Ukraine as the war of words between Moscow and Kiev escalates.

Since 2014, more than 14,000 people have been killed in the conflict in eastern Ukraine.

In September, Ukrainian President Volodymyr Zelenskiy warned an all-out war with Russia could be a “possibility”.

On Monday, Mr Wallace told MPs: “In light of the increasingly threatening behaviour from Russia and in addition to our current support, the UK is providing a new security assistance package to increase Ukraine’s defensive capabilities.

“We have taken the decision to supply Ukraine with light anti-armour defensive weapons systems.

“A small number of UK personnel will provide early-stage training for a short period of time, within the framework of Operation Orbital, before returning to the United Kingdom.

“This security assistance package complements the training capabilities Ukraine already has and those that are also being provided by the UK and other allies in Europe and the United States.

“Ukraine has every right to defend its borders and this new package of aid further enhances its ability to do so.

“Let me be clear: this support is for short-range and clearly defensive weapon capabilities; they are not strategic weapons and pose no threat to Russia; they are to use in self-defence.”

The Defence Secretary said any invasion by Russia would be viewed as an “occupation”.

He added: “I fear it could lead to a huge loss of life on all sides.

“The current difficult relationship with the Kremlin is not the one we wish it to have with the United Kingdom, it does not have to be this way.”