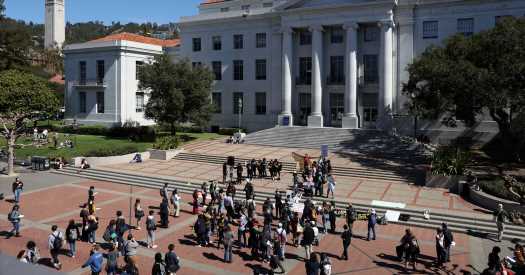 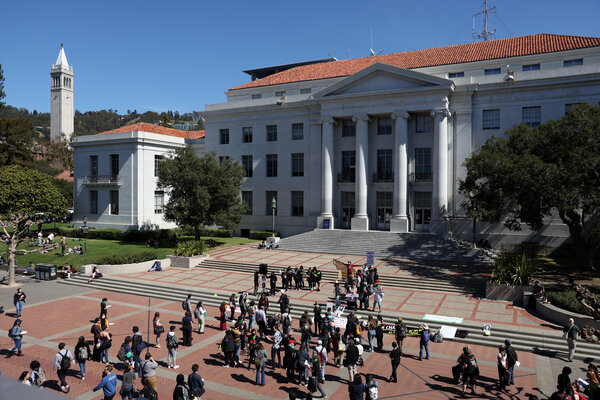 There’s a strange story unfolding in Berkeley, Calif., right now. That may present as a tautology, but bear with me. This one provides a window into a problem that endangers us all.

An organization called Save Berkeley’s Neighborhoods, led by a former investment banker, sued the University of California, Berkeley for adding too many students, too quickly, without careful enough consideration of how bad students are for the environment.

If the number of students at U.C. Berkeley seems of questionable environmental relevance, well, I’d say you’re right. If this sounds to you like a bunch of homeowners who don’t want more college kids partying nearby, I’d probably agree. But the courts sided with Save Berkeley’s Neighborhoods and froze the university’s enrollment at last year’s levels, forcing it to potentially rescind admission to thousands of students and ordering it to conduct a deeper assessment of the harm students could inflict (more trash, more noise, more homelessness and more traffic were all mentioned in the court case, if you’re curious about the specifics).

This kind of NIMBYISM is noxious. The way to ease homelessness in Berkeley is to build more homes for everyone, not keep out a bunch of kids looking to better their lives. And if there’s too much trash, maybe nearby homeowners, who’ve seen their property values rise to astonishing levels in large part because of U.C. Berkeley’s gleam, should pay higher property taxes for more frequent pickup. But on its own, it’s hard to get too exercised about this suit. The world has bigger problems than the size of Cal’s incoming class.

Zoom out from the specifics, though, and look at what it reveals about how government, even in the bluest of blue communities, actually works. Why was it so easy for a few local homeowners to block U.C. Berkeley’s plans, over the opposition of not just the powerful U.C. system but also the mayor of Berkeley and the governor of California? The answer, in this case, was the California Environmental Quality Act — a bill proposed by environmentalists and signed into law in 1970 by Gov. Ronald Reagan that demands rigorous environmental impact reviews for public projects, and that has become an all-purpose weapon for anyone who wants to stymie a new public project or one that requires public approval.

There are laws like this in many states, and there’s a federal version, too — the National Environmental Policy Act. They’re part of a broader set of checks on development that have done a lot of good over the years but are doing a lot of harm now. When they were first designed, these bills were radical reforms to an intolerable status quo. Now they are, too often, powerful allies of an intolerable status quo, rendering government plodding and ineffectual and making it almost impossible to build green infrastructure at the speed we need.

A bit of history is useful here. The environmentalism movement as we know it today was built around the risks posed by humans acting too fast, without sufficient consideration of consequences. Government was, in this era, part of the problem. A big part. This is a story Paul Sabin, a historian at Yale, tells in “Public Citizens: The Attack on Big Government and the Remaking of American Liberalism.” In it, Sabin questions the received wisdom that it was a revolt on the right that got Americans to see government as an incompetent foe rather than a powerful friend. The most potent attacks, as he sees it, came from inside the Democrats’ house.

These attacks were mounted for good reason. America’s major cities were choked with smog. Developers paid little heed to the presence of precious ecosystems or rare habitats. An explosion of industrial innovation led to an explosion of industrial runoff and novel chemicals and byproducts were dumped into waterways, poisoning people and wildlife alike. America was growing, and the government was trying to sustain and support that growth. The environment was an afterthought, if that.

As Sabin writes, Rachel Carson’s “Silent Spring,” the foundational text of modern environmentalism, was an attack on “government-led efforts to deploy science and engineering” and “the legitimacy and trustworthiness of agency decision-making.” Ralph Nader, and the manifold organizations he birthed, was similarly focused on the failures of government agencies.

What emerged was an entire branch of liberalism — and a whole universe of activist organizations, and even laws — dedicated to critiquing and then suing and restraining government. As Sabin writes:

Litigation by leading public interest environmental law firms in the early 1970s almost exclusively targeted the government for legal action. The Sierra Club Legal Defense Fund boasted of seventy-seven legal accomplishments between 1971 and 1973. Approximately seventy sought to block government actions, or to intervene in public proceedings to influence government regulatory and permitting practices. The Environmental Defense Fund similarly began its 1972 case summary with a list of acronyms for the ten federal agencies named in its legal interventions. In more than sixty of its sixty-five listed legal actions, the Environmental Defense Fund either intervened in public proceedings, such as government permitting processes for private projects or directly assailed a government-led initiative. Fewer than five of EDF’s legal actions directly targeted companies or private parties. Similarly, only three out of twenty-nine of NRDC’s legal action initiatives from its first seven months directly named a corporate defendant.

I want to say this as clearly as I can: Carson and Nader and those who followed them were, in important respects, right. The bills they helped pass — from the Clean Air Act to the National Environmental Policy Act — were passed for good reason and have succeeded brilliantly in many of their goals. That it’s easy to breathe the air in Los Angeles today is their legacy, and they should be honored for it.

But as so often happens, one generation’s solutions have become the next generation’s problems. Processes meant to promote citizen involvement have themselves been captured by corporate interests and rich NIMBYs. Laws meant to ensure that government considers the consequences of its actions have made it too difficult for government to act consequentially. “It was as if liberals took a bicycle apart to fix it but never quite figured out how to get it running properly again,” Sabin writes.