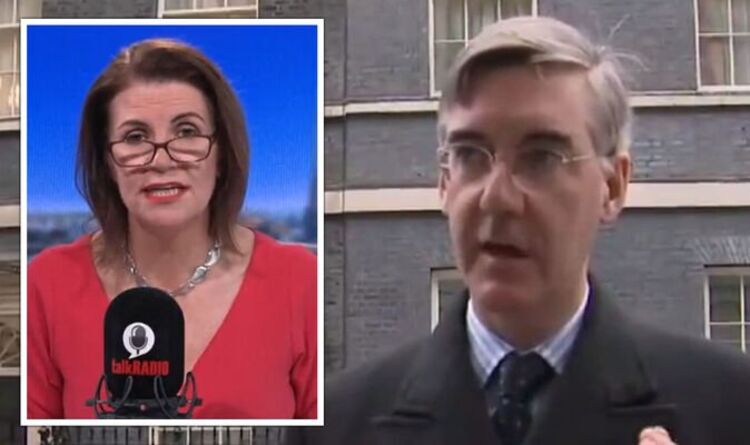 In light of PM Boris Johnson’s Partygate fine also concerning UK chancellor Rishi Sunak, Jacob Rees-Mogg openly defends PM Boris Johnson and tells Talk Radio presenter Julia Hartley-Brewer that the prime minister “is in the national interest” and his resignation “would be bad for the country”.

Jacob Rees-Mogg said: “Boris Johnson’s resignation would be bad for the country”

He also added: “it would be bad for the world because we would then not have the global leadership that we need”.

“Boris Johnson is in the interest of the country”, continued Mr Rees-Mogg referring also to the current conflict in Ukraine currently affecting the whole Europe.

Julia Hartley-Brewer, in response to Mr Rees-Mogg’s claims, added: “I think it is extraordinarily the lack of trust that you are showing your cabinet and your fellow Tory MPs”.

“You think there is nobody better in the Cabinet than someone who is proven liar and hypocrite?”, said Julia Hartley-Brewer referring to Boris Johnson’s past denials of having broken lockdown rules at 10 Downing Street during the latest COVID-19 lockdown.

“Liar is a very strong word, and in my opinion it is not a lie”, he continued.

He also added: “He perfectly and reasonably thought that the events on his birthday were not parties but that he was there with the same people he is with the whole day”.

Referring to Julia Hartley-Brewer’s confrontation, he reiterated: “You and I disagree on this, and liar and hypocrite are very strong words”.

“I have paid the fine and I once again offer a full apology”, said Mr Johnson.

He also added that he would not resign and stated: “I want to be able to get on and deliver the mandate that I have, but also to tackle the problems that the country must face right now”.

He also added: [Mr Johnson and Mr Sunak] are dishonouring the office” and urged them to resign.