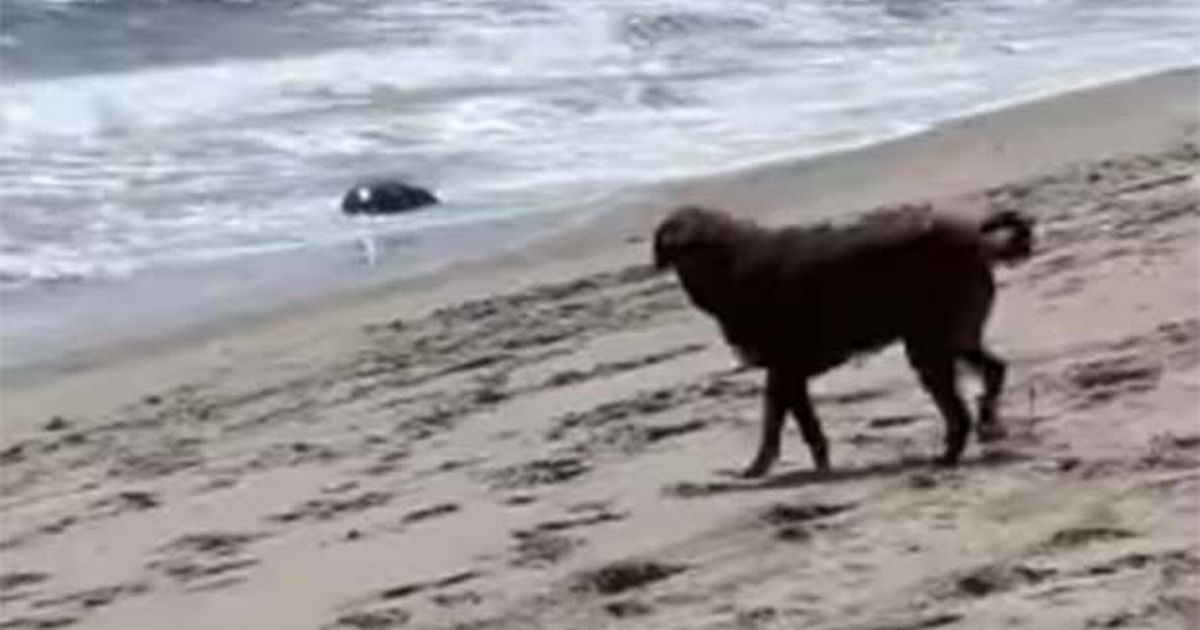 Sign up to TeamDogs for the best dog news, pictures and stories.

A dog owner shared a video of her Labrador grieving his sea lion friend after finding its body washed up on the beach.

Lennon Stella shared a heartbreaking compilation footage of her pooch Slimmy's play dates with the animal, where the duo seemed excited to see each other and played together.

But the final video showed the body of the sea lion, lying lifeless among the waves as her dog looked on, whimpering about the loss of his beach buddy.

The video, which received more than 1,000 likes on Instagram, was captioned: "Ruff day for us here at the beach."

The text in the video said: "Today, my dog lost his friend to a whale. Let the grieving process begin. Poor Slimmy boy. RIP to our favourite sea lion."

The clips showed them playing under the beach house, greeting each other from the window and playing together in the sand in Malibu, California.

The comments were filled with condolences for the loss of the pup's friend as one user wrote: "Oh no… I'm so sorry, I would be devastated..plus sea lions are my favourite animal.

"Sorry for the loss of such a special friend. Big hugs and lots of love vibes from me to you and your fur baby."

Another added: "Poor slimmy and sea lion. Always in our hearts friend."

A third said: "Aww I’m crying their bond was so gorgeous."

A fourth commented: "They are directly related to dogs, when I was young I worked at Sea World in San Diego. Amazing animals!"

The news comes after a kind family who rescued an adorable stray 'puppy' from the streets soon realised they had bitten off more than they could chew when it turned out to be a baby coyote.

For more incredible stories from the Daily Star, make sure you sign up to one of our newsletters here.

The unnamed family thought they were doing a good deed by rescuing the "distressed" puppy before they made the discovery and passed the animal over to their local wildlife centre.

Cape Wildlife Center, in Massachusetts, said in a post on Facebook that it was an Eastern coyote that had been separated from his pack.

Staff at the wildlife centre were able to determine that the coyote had not been exposed to rabies and was cleared for care by the Mass Department of Public Health.