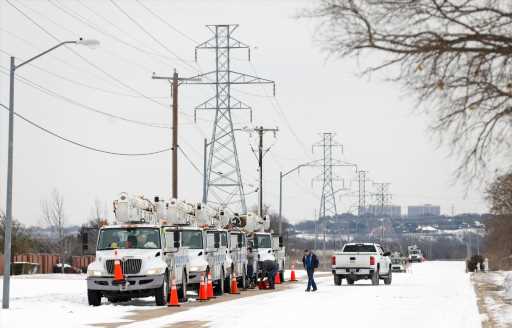 An administrative law judge’s recommendation that Xcel Energy-Colorado be allowed to recover approximately $509 million from customers for costs from a 2021 winter storm led Gov. Jared Polis to denounce letting utilities “balance their financial loss on the backs of consumers.”

The Colorado Public Utilities Commission will decide whether Xcel Energy, the state’s largest electric utility, can pass on some of the costs through temporary monthly charges on customers’ bills. The company has proposed stretching out the payments over 24 months for electricity and 30 months for natural gas.

Utilities across Colorado and the region got hit with exorbitant natural gas prices in mid February 2021 when temperatures from Texas to Colorado and into the Midwest plunged below zero for several days. Gas prices shot up from $2 to $3 per thermal unit to $150 to $190 per thermal unit, according to the decision by Administrative Law Judge Melody Mirbaba.

Mirbaba said in the decision, issued Wednesday, that Xcel Energy has attempted to lessen the impact on ratepayers and took prudent steps during the storm “even though the costs were extraordinary.”

However, Polis said he is disappointed that Colorado consumers will see their bills increase. He said in a statement Friday that extra costs could have been avoided by better early warnings of the coming storm and systems for people to voluntarily reduce their energy use.

“This ruling acknowledges that Xcel did not properly prepare or warn Coloradans ahead of the storm, yet consumers are now literally forced to pay the price,” Polis said.

“We believe the judge’s recommended decision to approve the proposal that minimizes the impact of the costs of Winter Storm Uri on our customers is reasonable, appropriate and consistent with the law,” Aguayo said.

The company worked with a diverse group of stakeholders, including the governor’s office, on the plan to decrease the impacts from the costs of the historic storm, she added.

The Colorado Office of the Utility Consumer Advocate will submit its objections to the judge’s recommendation with the PUC, said Cindy Schonhaut, the director. It’s unclear when the PUC might make a decision.

Schonhaut’s office said the $509 million should be reduced anywhere from $50 million to $150 million because Xcel Energy didn’t take some of the steps it could have to prepare for the ice and snow storm. That includes communicating better with customers so they could cut back on use of electricity and gas.

The brunt of the bad weather was over Presidents’ Day holiday weekend in 2021.

Xcel Energy has agreements with larger, industrial customers that would allow the utility to interrupt service during emergencies to conserve energy. But Schonhaut said some of the entities covered by the agreements couldn’t have their service shut off because it could have threatened public safety.

The judge’s decision noted some of what Schonhaut called imprudent actions by Xcel Energy, but didn’t reduce the amount of money it could recover from customers.

The consumer advocate’s office has been critical of recent rate requests from Xcel Energy. The utility said a $182 million electric rate increase that took effect April 1 will help pay for previously approved projects as well as efforts to prevent wildfires caused by downed power lines.

An agreement between the utility and some of the parties involved in the proceedings calls for Xcel Energy to forego some expenses it could seek to recoup, such as financing costs.