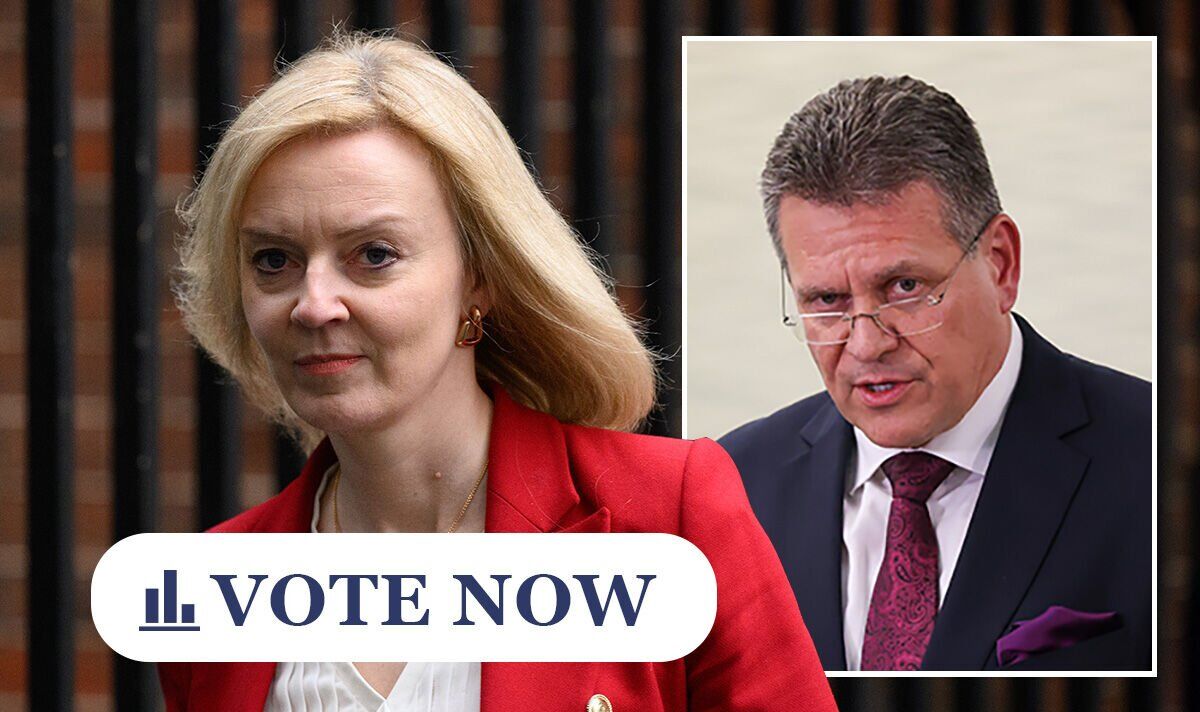 Brussels has increased the prospect of a damaging trade war with the UK as tensions rise, while Foreign Secretary Liz Truss attempts to resolve issues surrounding the Northern Ireland protocol. The European Commission claims it will respond with “all measures at its disposal” if Ms Truss introduces new legislation to override parts of the protocol.

Ms Truss is keen to resolve issues surrounding the protocol to allow a new Executive in Stormont as the Democratic Unionist Party is currently reluctant to form a power-sharing administration with Sinn Fein.

Changes to the protocol, which allows an open trade border with the Republic of Ireland, could undermine the Brexit withdrawal agreement.

Ms Truss argues that the Northern Ireland protocol is undermining the Good Friday Agreement and is creating unnecessary bureaucracy.

This means goods not going to the Republic of Ireland and thus the EU would not face mandatory checks like those that are.

Ms Truss said the changes create a “dual regulatory system that encompasses either EU or UK regulation as those businesses choose; that reflects its unique status of having a close relationship with the EU, while being part of the UK single market.”

In a statement after Truss’s speech to the House of Commons on Tuesday, May 17, European Commission vice-president Maros Sefcovic said: “Should the UK decide to move ahead with a bill disapplying constitutive elements of the protocol as announced today by the UK government, the EU will need to respond with all measures at its disposal.”

BBC Europe editor Katya Adler has warned of a “messy and painful” trade war as the EU could enforce tariffs on UK exports and imports.

Speaking to Newscast, she said: “I mean, the language is, from both sides, from the UK and the EU, we would like to find a negotiated solution.”

She continued: “Frankly if they don’t, it’s going to get very messy and painful.

“If the UK goes sort of nuclear, so to speak, and goes for a trade war, that is going to be very painful for the UK which is already discussing this cost of living crisis.”

She added: “It will also be very painful for the EU which is also struggling with a cost of living crisis, so the EU doesn’t really want to go there.”

“They get quite tactical and they pick particular products that they can put tariffs on that will have particular political significance.”

So what do YOU think? Should Britain be scared of a trade war with the EU? Vote in our poll and join the debate in the comment section below.