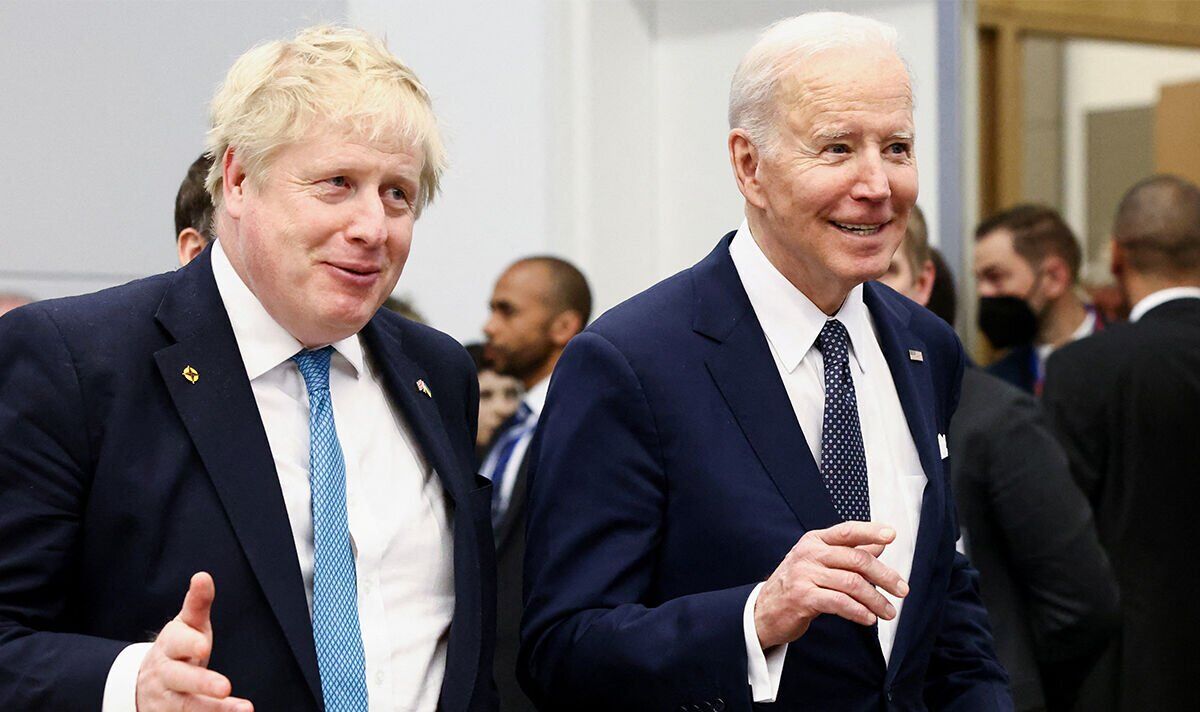 International Trade Secretary Anne-Marie Trevelyan is finalising a deal with the state of Indiana that will help to scrap bureaucratic red tape and boost jobs. It is the first of seven pacts with individual states set to be signed off in the coming months.

A deal with Texas is also in the works and could be done by October.

Ms Trevelyan confirmed plans to turbo-charge trade with the US were set to take off in the next fortnight when speaking to The Sun.

“State-by-state we are doing all sorts,” she said.

“We’ve got some really good discussions going on.

The Government moved to aiming for a series of smaller deals signed with states in order to get around the reluctance of President Joe Biden to negotiate a full free trade agreement with Britain.

Washington threatened not to hold talks with the UK until Prime Minister Boris Johnson stopped attempting to renegotiate the Northern Ireland Protocol with the EU.

However, despite President Biden’s threats, the US has publicly admitted it has no plans to do a trade deal with any country at a national level until the economic situation caused by Covid and the Ukraine war is under control.

Brushing off the President’s lack of engagement on trade, Ms Trevelyan said: “The US big-picture deal is important and we’ll get there when the White House has the view that they have got their domestic situation, and they want to look out again.

“Governors have got authority over a number of things and they are really keen to do more business with us.

“Let’s crack on with that. We’re doing both.”

It is hoped the signing of a trade deal will further boost trade.

She wrote: “These plans are bespoke to each state and some also reach upwards to city level.

“Ninety-three percent of the growth in the US comes from its Metro areas.

“Some will focus on specific sectors and geographies in the UK.

“We now have a pipeline of agreements.”