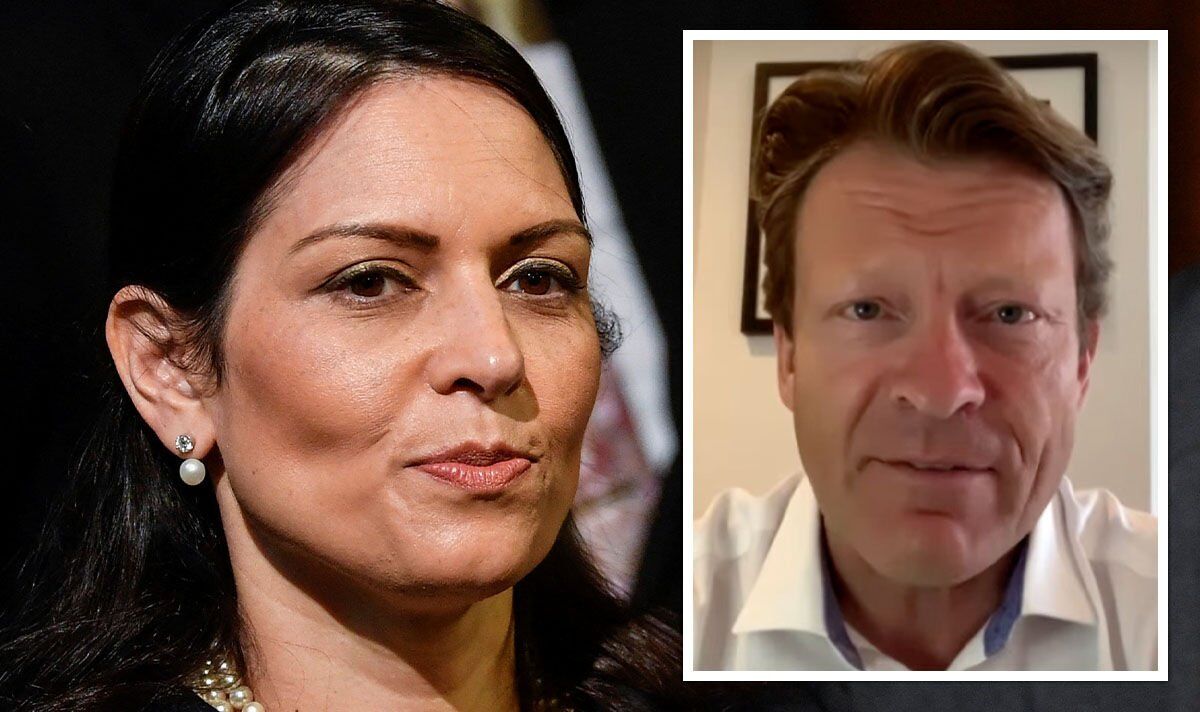 In an embarrassing blow to Boris Johnson’s and Priti Patel’s immigration plan, the European Convention of Human Rights (ECHR) stopped a Rwanda-bound plane with seven migrants on board from taking off, as a judge granted an “urgent interim measure” to one of the asylum seekers to remove him from the plane. The last-minute intervention allowed the six remaining asylum seekers to take off the plane following similar injunctions. The UK Government had justified the controversial policy as a “deterrent” aimed at breaking the business model of people smugglers’ who cross the English Channel on perilous journeys to the UK.

Reform UK’s leader Richard Tice mocked the policy, telling Talk TV’s host Mike Graham: “I can tell you that the people’s smugglers are celebrating with an increase in the number of boats coming across this morning.

“My sources tell me it’s a very busy day of celebration down on the English Channel.

“Also, Mike, the other people celebrating, of course, are the lawyers who are enriching themselves making ever, ever more money – ever faster fees – and so it goes on.

“I’ve got a funny feeling, Mike, that you might have got this one wrong. I think so because, you see, you did say Mike that it was going to be a deterrent. But it’s not working out, is it?”

Mr Graham admitted: “I did. It will be though. The point is, once again Richard, I have to say repeatedly that you cannot call the fight until the fight is done.

“There’s a great line in the Untouchable, it’s a film about Al Capone. You know, here’s what you do, you wait till the fire is over and then you tell who’s won. That isn’t over yet. The fire has only just begun.”

Mr Graham added: “I mean, I’m happy this morning because I think that will work well for Boris Johnson. If he plays his cards right, this gives us the correct opportunity to stick two fingers up to the European Convention of Human Rights. Lots of people have been telling me: ‘oh you can’t walk away from it. It’s nothing to do with the European Union. It’s a separate thing. We’ve always proved that with Brexit.”

“You’re quite right”, said Mr Tice. “And I actually think this is an opportunity for the Home Secretary and the Prime Minister if they choose to take it which is obviously a big if.

“But yes, I think that this highlights that we should withdraw from the whole of the European Convention and replace it with suitable domestic legislation that reaffirms that we are world leaders in human rights.”

Mr Tice continued: “Quite rightly, we virtually invented it, I must say. We don’t need a foreign court telling us how to do it, particularly a foreign court based on one judge who may not even be a lawyer for that matter, who may not well have received any form of documents from ourselves.

“You know, this a political court. It’s been through three levels of the judicial process in the United Kingdom. And I think we’re a proud, sovereign nation and we should trust our own…”

Mr Graham cut him off, saying: “Exactly, you know, it means nothing. We cannot claim to be that for everyone single judicial decision. As you said, three different, separate tiers of courts in this land. And they’re overruled by some bloke of Europe. Sorry, I’m not having it.”

Originally, the Rwanda-bound plane was scheduled to take 130 asylum seekers on board Tuesday night.

The past few weeks have seen legal battles to prevent the first scheduled flight from taking off. Their attempt was struck down by the Supreme Court which ruled Tuesday the flight could go ahead.

Reacting to the ECHR’s ruling, Home Secretary Priti Patel said she was disappointed the flight did not depart and described the ECHR’s decision to intervene as “very surprising.”

“We will not be deterred,” Patel added. “Our legal team are reviewing every decision made and preparation for the next flight begins now.”