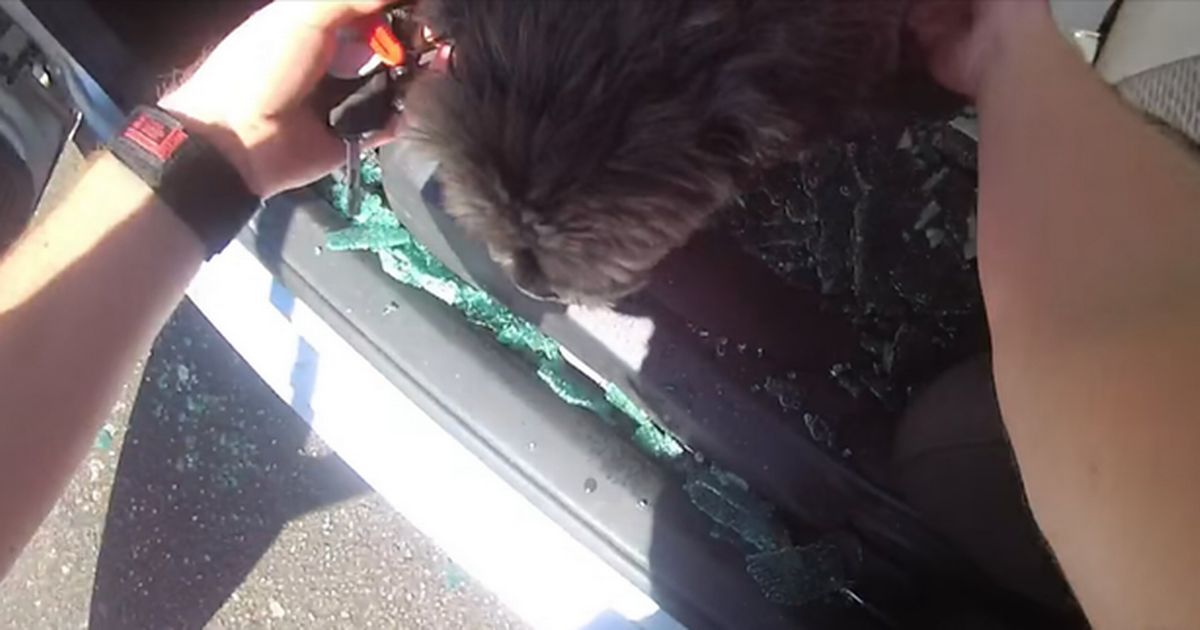 A distressed and panting Shih Tzu was pulled from a locked car after cops smashed the window to stop it from overheating.

The small black dog was trapped inside the vehicle, which had its windows slightly open, but not enough to prevent the pup collapsing.

Arriving just in time to save his life, the police smashed the car window before giving the dog water and rushing it to a vet.

Officers say that the dog is now making a good recovery and the owner has been invited to attend an interview, while the case has been referred to the RSPCA.

With the country in its second heatwave of the summer and temperatures to to hit 36C police reminded dog owners that they should never leave their pets in hot cars – even if the window is slightly open.

PC Jamie Martin, of the Broxtowe response team, said had it not been for the staff at NET Nottingham Tram it is unlikely the dog would have survived.

To stay up to date with all the latest news, make sure you sign up to one of our newsletters here .

"Many people think it's OK to leave their dog in the car on a warm day providing the windows are open," said PC Martin.

"But this incident shows that just simply isn’t the case. Put simply, you should never leave your dog alone in a car on a warm day.

"Whilst it is not illegal to leave a dog in a hot car, owners are legally responsible for their pet’s health and welfare.

“If a dog became ill or sadly died due to being left in a hot car, owners could be charged with the offence of animal cruelty under the Animal Welfare Act 2006. This could lead to a prison sentence and/or a fine."

According to the RSPCA, cars can become as hot as an oven, even when the weather doesn't feel that warm.

The charity says that when it's 22C outside, the car could reach 47C within an hour.