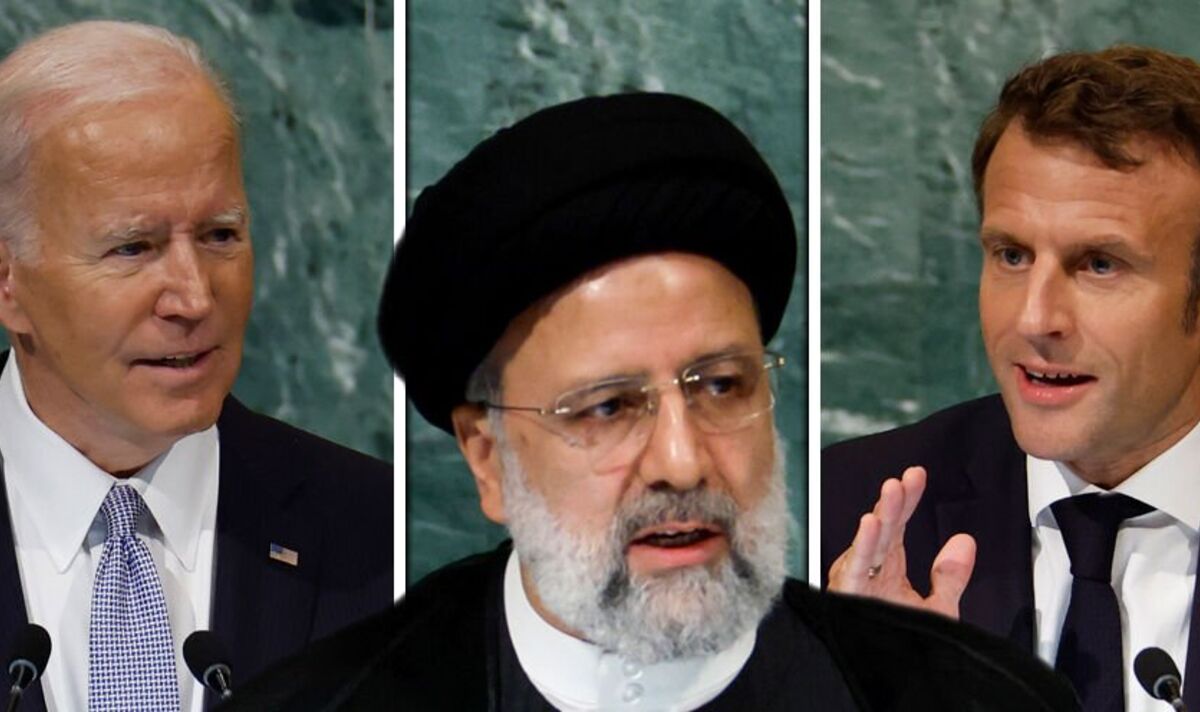 Liz Truss, Emmanuel Macron and Joe Biden along with other world leaders have been condemned for failing to act as the fundamentalist Islamic regime in Iran began a bloody crackdown against its own people. Iranian President Ebrahim Raisi was mingling with world leaders at the United Nations in New York when he ordered the country’s internal security to put down mass protests across the country over the killing of a young woman Mahsa Amini by the country’s morality police.

As world leaders were holding meetings at the UN building in New York, Raisi – known as “the Butcher of Tehran, is reported to have reacted to days of protests by ordering the internet to be shut down in his country to make the brutal suppression of protesters harder to be seen by the outside world.

Reports passed on to Express.co.uk suggest there is a ”blood bath” going on in the country.

But as leaders, including Ms Truss and Mr Biden, took their photo ops with each other, there was no mention or condemnation of the actions.

French journalist and Middle East expert Catherine Perez-Shakdam from the Henry Jackson Society said: “Following French President Emanuel Macron’s little photo op with the Butcher of Tehran (President Raisi) one wonders how many world leaders will join into such a macabre dance, selling out to the promises of financial returns whilst Iranians fall dead to the regime’s bullets?

“There are crimes which cannot so easily be rationalised and fights we ought to take on for fear of becoming that which we abhor.” 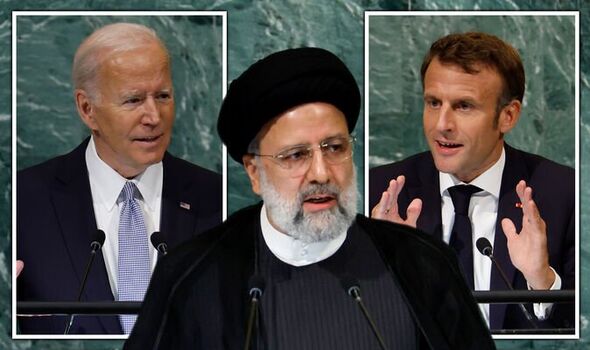 Meanwhile, speaking from the United States where he remains in exile following his escape from the Islamic Republic, Amir Fakhravar, a prominent figure of the Iranian opposition told the Daily Express: “Innocent and unarmed Iranians are being indiscriminately shot in the streets – men, women, children.”

He went on: “There are no words to describe the sheer brutality Tehran is displaying at the minute.

“The world cannot continue to be party to such abomination, no deal is worth such profound disdain for human life.

“When will we understand that there are no lines the regime won’t cross in its pursuit of absolute power, no terror its men won’t befall my compatriots or the rest of the world for that matter as they ambition to export their vile ideology?” 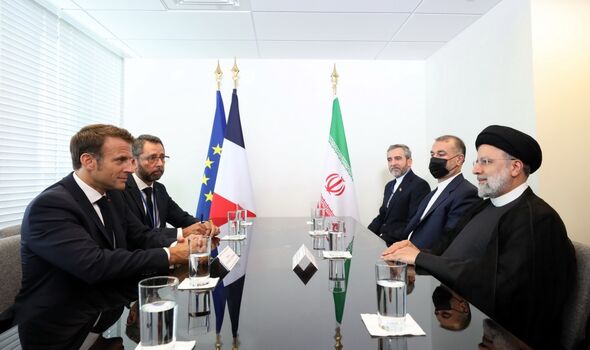 Mr Fakhravar warned that the brutality in Iran was a western problem with the regime the world’s biggest state sponsor of terrorism.

He said: “My people are dying today, yours tomorrow! IRGC (Revolutionary Guard) outposts are spread across all western capitals, the regime’s agents are here among us waiting for Tehran to call on them.

“They have threatened your intellectuals, your state officials, they challenge the standing of your institutions. It is time to unite together and push back against Iran’s theocratic rule.

“Iranians are standing naked against the assaults of a well-trained army, we ought to honour their courage and determination to stand free in their land?

“There can be no debate anymore! Iran’s regime is a stain onto the world we must wash away. Too many Iranians were born in servitude today, they demand freedom. Will you stand with us?”

Do you think a trade deal with US is a priority? POLL [REACT] 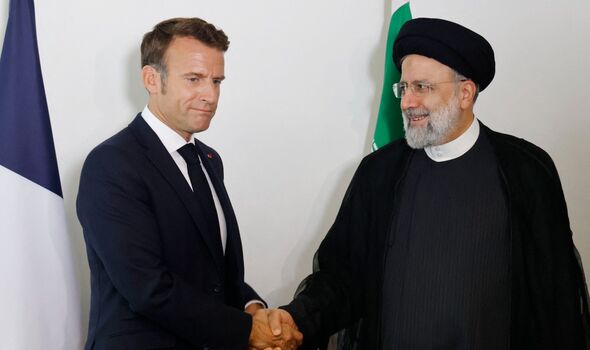 As revealed by Express.co.uk, Iran is on the brink of civil war with its Supreme Leader Ali Khamenei believed to be on his deathbed.

Rival camps, including President Raisi and Khamenei’s son Mojtaba are trying to ensure they replace him.

But the country has also been rocked by protests as a result of the killing of 22-year-old Mahsa Amini.

Protests have taken place across 20 cities with women cutting off their hair and people taking to the streets against the regime.

Among the dead is believed to be a 16-year-old boy.