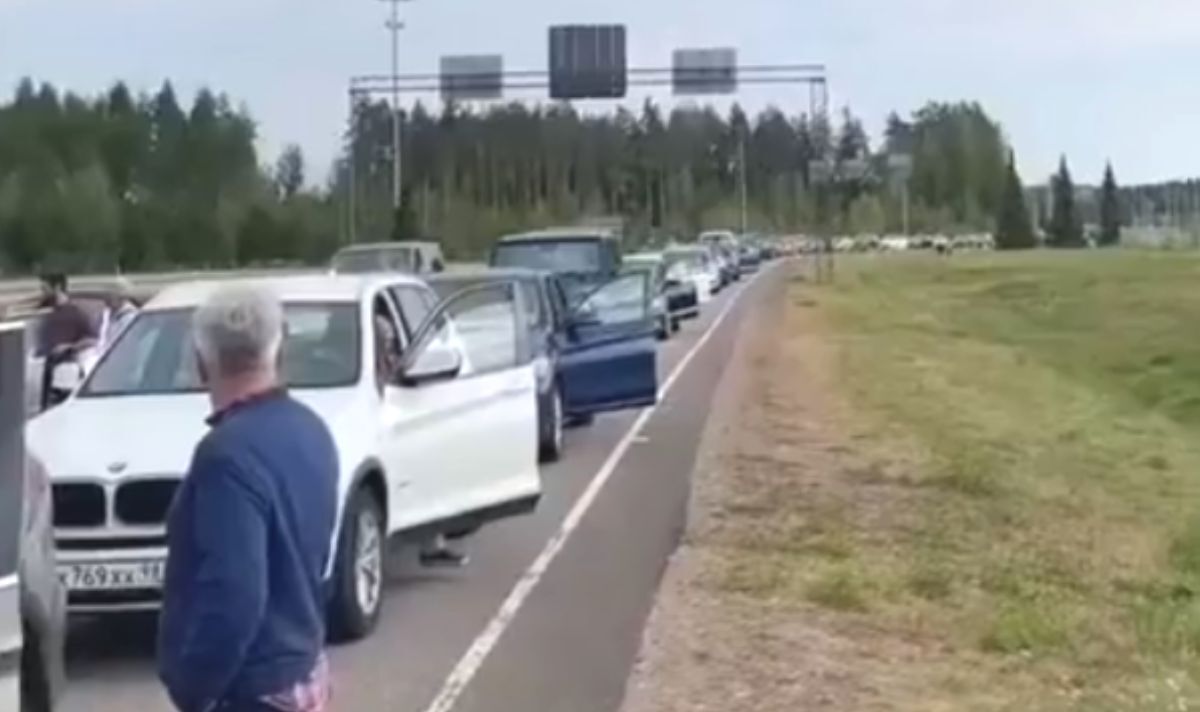 A traffic jam at Russia’s border with Finland has reached a staggering 35 kilometres in length as people rush to escape the Kremlin’s mobilisation decree. The snaking queue of traffic comes after President Putin announced a partial mobilisation to send an additional 300,000 reserve troops to the frontline in Ukraine. In addition to tailbacks extending for miles on road routes, demand has spiked for flights out of Russia as the population panics over the conflict’s escalation.

Video footage from the scene shows vehicles tailing back as far as the eye can see in bumper to bumper standstill traffic.

Frustrated drivers stood gathered in clusters along the carriageway as social media reports claimed the queue had continued to grow.

Estonia and Latvia, nations that also share a border with Russia, announced ahead of the mobilisation decree that Russian civilian border crossings would be restricted.

Finland has remained open for members of the Russian population who hold schengen visas, making it the only land border which would enable civilians to enter the EU. 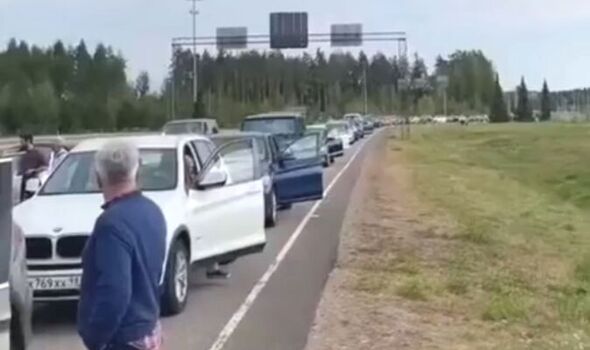 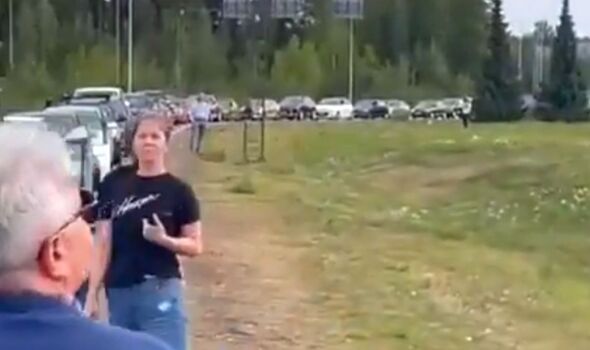 The Latvian Foreign Minister Edgars Rinkevics declared his country would remain firm on the border crossing ban and would not grant emergency visas to those fleeing mobilisation.

He wrote on Twitter: “Due to security reasons, Latvia will not issue humanitarian or other types of visas to those Russian citizens who avoid mobilisation, nor will it change the border crossing restrictions for Russian citizens with Schengen visas.”

Estonia Prime Minister Kaja Kallas described the land border access as a “loophole” to Russian travel sanctions having called on EU nations to impose a flat travel ban on all Russian citizens. 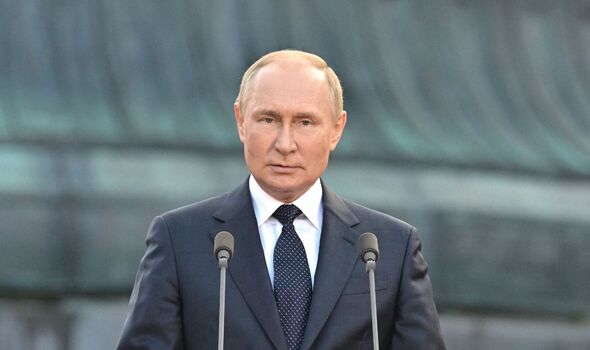 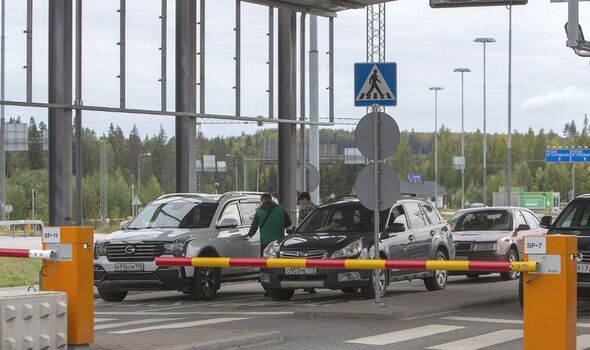 According to Russian media group RBK, flights from Moscow to nations that do not require a visa to enter rapidly sold out after President Putin’s announcement.

Flights to the capitals of Turkey, Azerbaijan and Armenia are unavailable until at least Friday, although available journeys have also rocketed in price.

Reuters reported that Google Trends data demonstrated a clear spike in searches for Aviasales, Russia’s most popular flight-booking site, shortly after the mobilisation decree was made public.

Rumours have since swirled that the Kremlin is set to impose a travel ban on men of military age, although this has not been confirmed by Russian authorities. 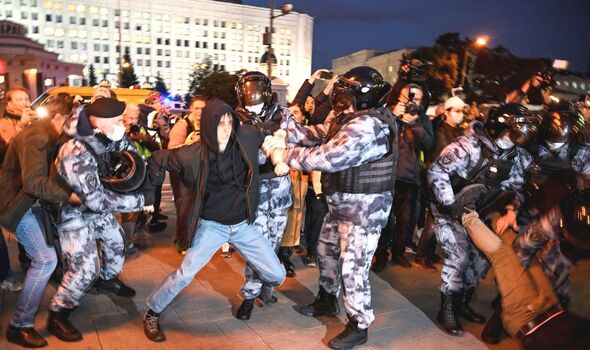 Russian Defence Minister Sergei Shoigu reported the partial mobilisation would consist of 300,000 reservists who have previously served in the armed forces and, therefore, already hold the necessary military training for combat.

Vladimir Putin said the decision came as a direct consequence of the Western threat to Russian sovereignty. The Russian President also discussed his willingness to use “all means available” to defend his nation, hinting at the potential for nuclear conflict.

The Russian mobilisation is the first since World War Two and comes after Ukraine was able to reclaim a considerable amount of territory in a widespread counter-offensive operation.

President Zelensky reacted to the news of the mobilisation decree: “He [Putin] wants to drown Ukraine in blood, including the blood of his own soldiers.”

Read next:
‘Putin is in agony’ Russian fears of unrest over Ukraine war
250 Russians dead in military base strike
Putin’s mobilisation speech is ‘an admission he is losing the war’
‘This is a loser’s throw’ Putin’s last ditch effort to conquer Ukraine
Putin vows to use nuclear weapons if Russia’s territory threatened