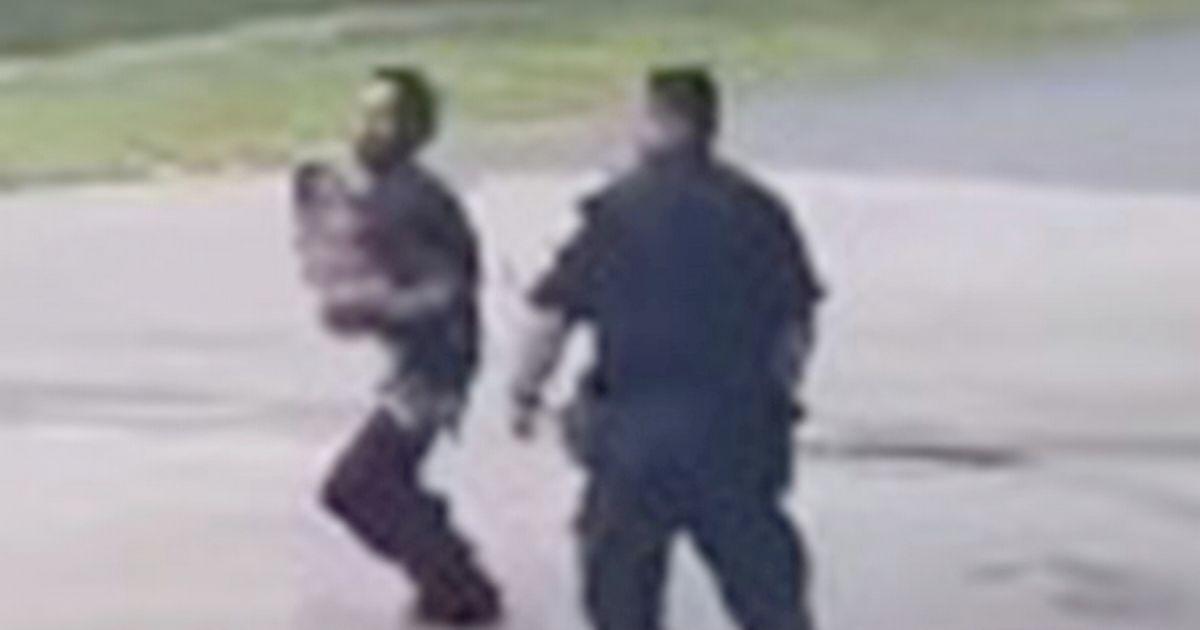 A woman was left stunned after a man resisted arrest and ran down the street barefoot while carrying a baby as he evaded police while trying to steal their car.

Maria Mariweather was working from home in Milford Street, Detroit, when she heard commotions outside and she filmed the shocking scene on her phone.

Further up the road outside her house, a barefoot man rants at the police, who are following him from behind on car.

READ MORE: Man tried to behead victim with scissors as he stabbed him 40 times in horror shop attack

He holds onto a baby and screams: "We ain’t white, we Black. We say it loud baby. You know what? Says who?

The man stops at the corner of the street and places the child right next to an onlooker.

When the two officers approach him, he runs off and places the child inside the police patrol car and attempts to drive off.

"Oh my God!" Maira yells as she watches and hears the child crying.

The man abandons the child and resists arrest, one police officer pulls out a Taser gun and fires as he runs.

His colleague checks on the baby.

Maria told Fox2 Detroit: "He threw the baby into the police car and tried to take off and as they were trying to get him out, he started swinging on the police and trying to fight them.

"They tased him and he said it didn't hurt.

"And he kept running."

She posted the video on Facebook and added: "I hear screaming outside and this what I see oh my God.

"Sad what you see these days and scary!"

Viewers were concerned of the child's safety but some shared their thoughts about the police.

"That officer running after the man needs to go back to training. He was too plump to run," one said.

Another commented: "This is a disgrace, police in the field is reckless and irresponsible not to mention they are both to fat and lazy."

"They didn't shoot, good job! Glad he left the baby in the car," a third added.

Detroit Police Department didn't disclose any details on the incident.