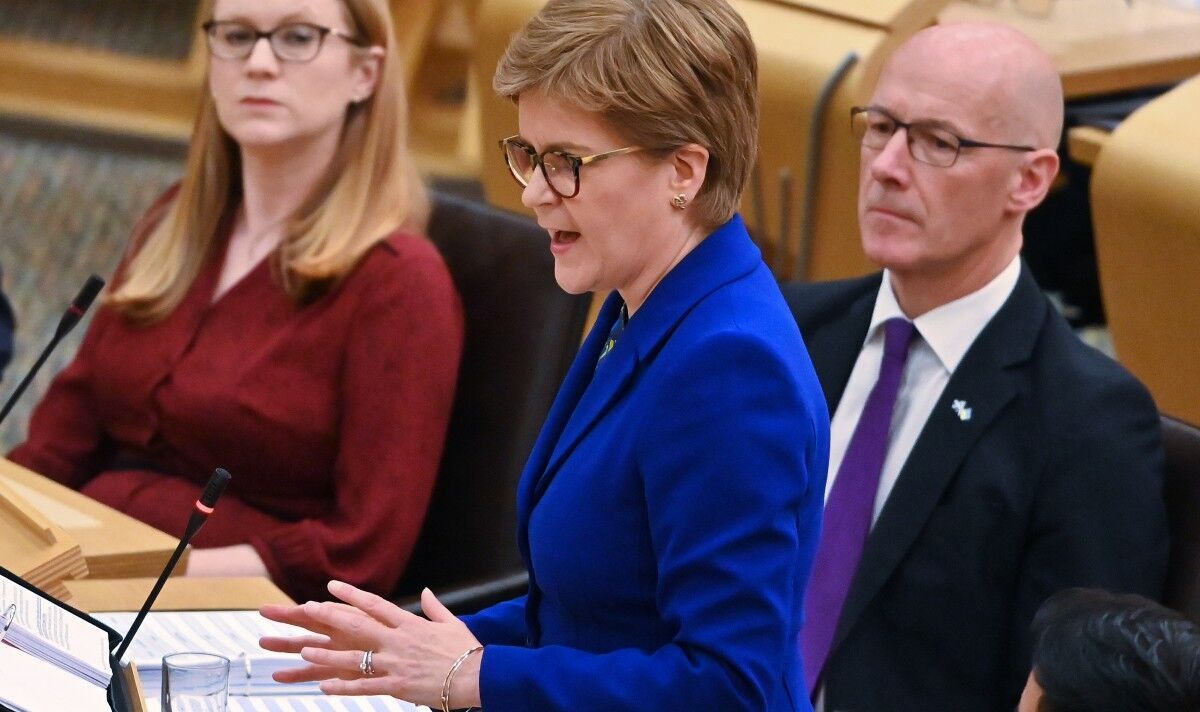 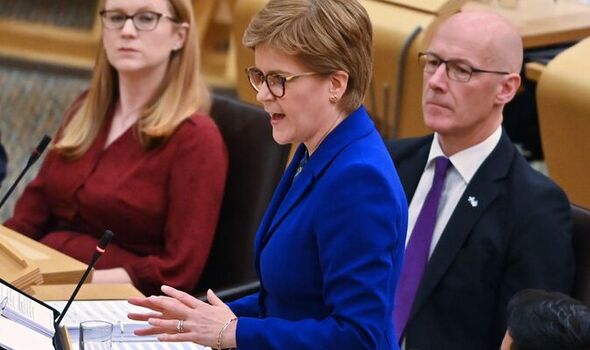 Nicola Sturgeon has taken just minutes to fire her anger at the Government over the mini budget announcements this morning. The First Minister of Scotland said following the statement to the House of Commons even many of the country’s “super wealthy” would be “appalled by the moral bankruptcy of the Tories”.

Chancellor Kwasi Kwarteng took to the despatch box this morning to lay out his economic package for the nation just weeks after Liz Truss’s new administration took over.

He vowed to scrap the highest rate of income tax for top earners, and reduced the basic rate to 19 percent – which Scottish Tories are calling for the devolved Government to follow suit.

The rise in national insurance proposed under Boris Johnson has also been cancelled, which the Treasury said would benefit 2.3 million people in Scotland.

His announcements came as the UK faces massive inflation and a squeezed cost of living for many, on the backdrop of an energy crisis and a war in Europe.

But Ms Sturgeon took issue with the Chancellor’s focus on handing money back to already high earners while many working families struggle.

In a tweet, the First Minister said that “the super wealthy laughing all the way to the actual bank (though I suspect many of them will also be appalled by the moral bankruptcy of the Tories) while increasing numbers of the rest relying on food banks”.

She added that this was “all thanks to the incompetence and recklessness” of the UK Government.

John Swinney, the Deputy First Minister, who is responsible for the finance brief while Finance Secretary Kate Forbes is on maternity leave, said Mr Kwarteng’s statement would be “cold comfort to the millions of people across Scotland who have been looking for the UK Government to use their reserved powers to provide support for those that need it most”.

He added: “Instead we get tax cuts for the rich and nothing for those who need it most.

“We estimate that the increase in the price cap to £2,500 will force an estimated 150,000 more Scottish households into extreme fuel poverty.

“Instead of offering these people support, the Chancellor is threatening to cut their family budgets further, with a new regime of benefit sanctions.”

The growth plan, Mr Swinney said, will only lead to “growth in inequality”.

This morning, Mr Kwarteng also announced that he would be scrapping the cap on bankers’ bonuses in a bid to drive growth, as well as implementing a plan to make 120,000 more people on universal credit take steps to secure work by threatening to reduce their benefits.

He also made reference to the earlier announcement of a two-year freeze on household energy bills.

The Chancellor said while an increase in jobs, wages and public funding “will not happen overnight”, the statement sent a clear signal “that growth is our priority”.

He said: “The fiscal strength of the UK Government has allowed thousands of businesses in Scotland to keep more of their own money to invest, innovate, and grow.”

Mr Kwarteng added: “In doing so, our growth plan sets the whole United Kingdom on the path for growth, building on the strength of our Union and releasing the enormous potential of this country.”

Scottish Secretary Alister Jack said the UK Government “is delivering for the people of Scotland when it really matters”.

Currently, Scotland has a minimum rate of 19 percent and a higher rate of 46 percent on earnings above £150,000 a year.

Liz Smith MSP, the party’s Scottish shadow secretary for finance, said: “The Chancellor has given a welcome shot in the arm to the UK economy with his support for hard-pressed taxpayers squeezed by the global cost-of-living crisis.

“The package of measures he announced equates to a £630 million boost for Scotland and now it’s up to the SNP Government to get on board with his growth plan which would cut taxes for 2.4 million Scots.

“It is wrong that Scots already pay higher tax than their counterparts in the rest of the UK and, unless the SNP match these tax cuts, that gap is going to widen, which will further hamper Scotland’s already poor productivity and competitiveness.”