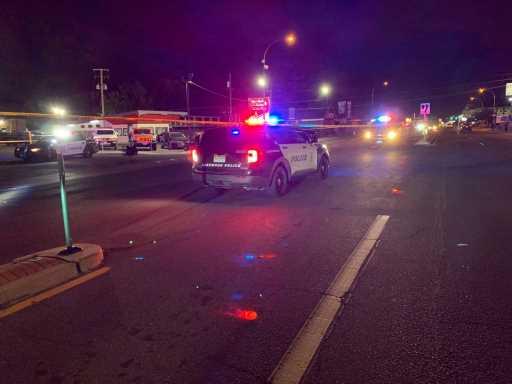 A pedestrian was killed in a hit-and-run crash in Lakewood, and police are asking for the public’s help in locating the suspect and the vehicle.

Just before 7 p.m. Thursday, a driver heading west on West Colfax Avenue near Kendall Street hit the pedestrian and fled the scene, police said in a news release.

The vehicle is a white, 1996 Infinity G20 with Colorado license plate NRO014 at the time of the crash. The vehicle has a sunroof and black wheels. The identity of the pedestrian was not released.