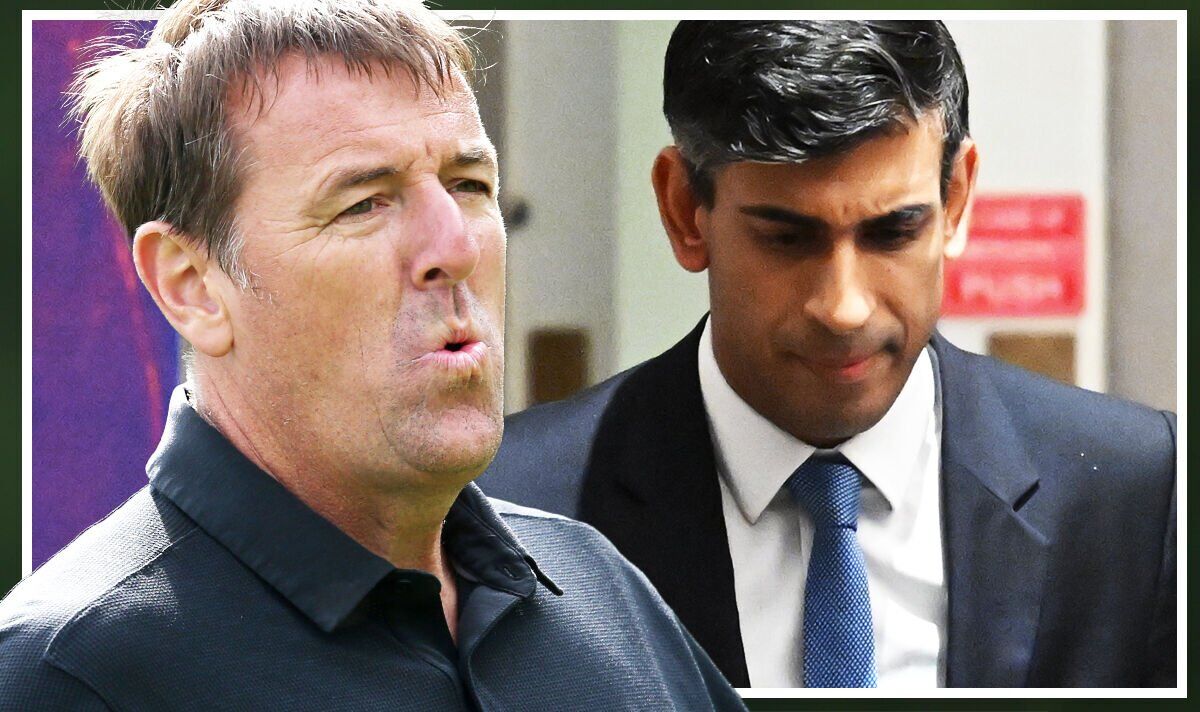 Football legend Matt Le Tissier has blasted the hypocrisy of commentators who have criticised Qatar hosting the World Cup but were silent on Russia and China hosting major sports events. The former Southampton and England player who was a long time pundit on Sky Sports also had a dig at personalities who accepted cash to work at the tournament while criticising the event.

Speaking to Express.co.uk, Mr Le Tissier, who now has a weekly show on the social media platform GETTR after surviving attempts at being cancelled for his criticism of Covid lockdowns, said he would not have taken the money to work at the World Cup.

Fellow former England players Gary Neville and Gary Lineker have both been criticised for condemning the tournament hosts but still taking money to work at the event.

Mr Neville, a Manchester United star, was recently lampooned on Have I Got News for You, for switching his position.

Mr Le Tissier, who played for Southampton for 16 years and won eight England caps, said he thought singling out Qatar was “hypocriticial” and agreed that this World Cup “may be the most political ever”.

He questioned why the same standards had not been applied for larger countries like China and Russia.

“It’s not just the World Cup. We have had the Olympics in China and not a single peep was mentioned on the media about China’s human rights.

“Yet all of a sudden everyone wants to pick on Qatar which is all well and good but you have got to be consistent in your messaging.

“If you call out one country out for their human rights, you have got to do it for everyone otherwise it is disingenuous.

“[Qatar is] very much an easier target. It’s an easy hit but I still think it is hypocritical.”

Among the retired footballer’s fans was Prime Minister Rishi Sunak who used to watch him play at Southampton’s old ground The Dell in the 1990s.

Mr Le Tissier said he had messaged Mr Sunak twice on Twitter where the Prime Minister follows him but had yet to receive a response.

He said: “Given my thoughts on the government and him over the last few weeks he’s probably not a fan of mine any more.

“He’s completely ignored two direct messages I have sent him on social media. He follows me on Twitter.

“He’s completely blanked the two messages I sent him. I am sure he has got better things to do than reply to my messages.”

Mr Le Tissier was impressed by England’s start in the tournament and think Wales got a useful point in their group match against the USA.

On England, he said: “It was a little bit disconcerting. You have a result and performance like that and think blimey it’s not going to get any better than that.

He went on: “I was a little bit surprised at just how bad Qatar were. I thought Wales did well to get a point out of that game. They showed good character in the second half and that could turn out to be a very important point.”

Despite the six goals to two drubbing received by Iran at the hands of England, Mr Le Tissier ppraised the courage of the players who protested against their country’s regime and the crackdown going on against citizens, particularly women at the moment.

The Iran team spoke out against the brutal atrocities and also refused to sign the national anthem.

Mr Le Tissier compared it to England threatening to wear a rainbow armband in protest at Qatar’s stand on LGBT issues and then not doing it after being threatened by Fifa.

He said: “It was a very brave stance [by the Iranian players]. If you compare to the threat of a yellow card and all of a sudden the teams come out and don’t wear the arm band, that quite a distinction.”