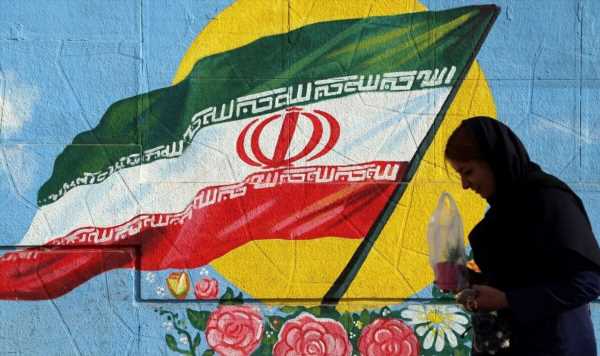 Iran is expanding its uranium capacity at a second plant after its nuclear deal with major powers broke down, a United Nations (UN) watchdog has warned. Tehran is enriching its uranium to 60 percent at its Fordo site after having already done so at its above-ground pilot plant at Natanz for more than a year.

By pursuing a 60 percent enrichment rate, Iran is now just one step short of a weapons-grade of 90 percent.

Iran’s nuclear chief Mohammad Eslami said: “We had warned before that political pressure and resolutions would not make Iran change its approach.”

He added: “For this reason, we started enriching uranium at Fordow.”

According to the Guardian, nonproliferation experts have warned that Iran has enough enriched uranium to reprocess into fuel for at least one nuclear bomb.

However, Tehran has consistently denied any suggestion that it has ambitions to develop a nuclear bomb.

It has instead insisted that its nuclear activities are for civilian purposes.

An accord signed with Iran in 2015 hoped to curb Tehran’s nuclear programme in exchange for relief on sanctions.

But the deal started to unravel when Donald Trump dragged the US out of the agreement in 2018.

Iran subsequently decided to ramp up its nuclear programme.

A joint statement by Britain, France and Germany condemned Iran for its recent expansion action.

A statement released on Tuesday said: “Iran’s step is a challenge to the global non-proliferation system.

“This step, which carries significant proliferation-related risks, has no credible civilian justification.”

In a separate report, IAEA director general Rafael Grossi revealed he was “seriously concerned” by Iran’s decision not to engage with the agency’s inquiry into manmade uranium particles found at three undeclared sites.