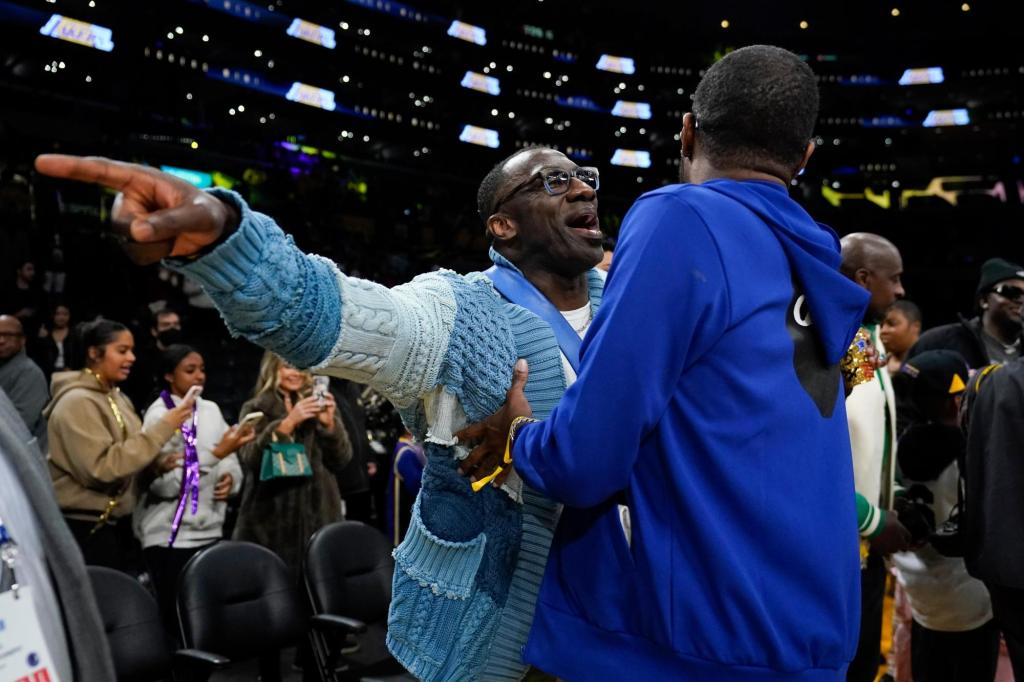 LOS ANGELES — Hall of Fame football player Shannon Sharpe apologized Monday after getting into a heated courtside conversation with Memphis Grizzlies players Ja Morant and Dillon Brooks and Morant’s father during a game against the Los Angeles Lakers.

The Fox Sports personality issued the apology during the “Undisputed” show with Skip Bayless.

“I’ve preached for the last six and a half years responsibility and accountability, and I take full responsibility for what transpired,” Sharpe said. “I’m never gonna say that wasn’t Shannon Sharpe because that was me. That was just me getting out of character. And I’m sorry for all those that saw my actions and took offense to my actions.”

Sharpe exchanged words with Brooks throughout the first half Friday and then yelled at Morant on the final possession of the second quarter. After the halftime buzzer sounded, Brooks yelled at Sharpe and Sharpe motioned toward Brooks.

Morant walked toward Sharpe at his courtside seat before center Steven Adams stepped in front of him.

Tee Morant, Ja Morant’s father, also got involved in the conversation before security at Crypto.com Arena separated everyone.

Sharpe, 54, yelled “I bet you won’t!” at Tee Morant as security guards tried to break things up.

“It does not matter what Dillon Brooks said or how many times he said it. Me being the responsible person, having the platform that I have, and having so many people look up to me, I was wrong,” Sharpe said. “I should have lowered the temperature in the arena. Instead, I turned the temperature up, and I let it get out of hand.”

Sharpe and Tee Morant talked to security in the tunnels at the arena before returning to their seats when the second half started. They hugged at the end of the third quarter.

Brooks was asked after the Lakers’ 122-121 victory whether Sharpe or any fans should be allowed to return to their seats after getting into an argument with a player?

“A regular pedestrian like him? No. He should have never come back into the game, but it’s LA,” Brooks said.

Want more Nuggets news? Sign up for the Nuggets Insider to get all our NBA analysis.